HomeLaw EnforcementPolice Training: Everyone Has a Plan ‘Til They Get Punched in the Face 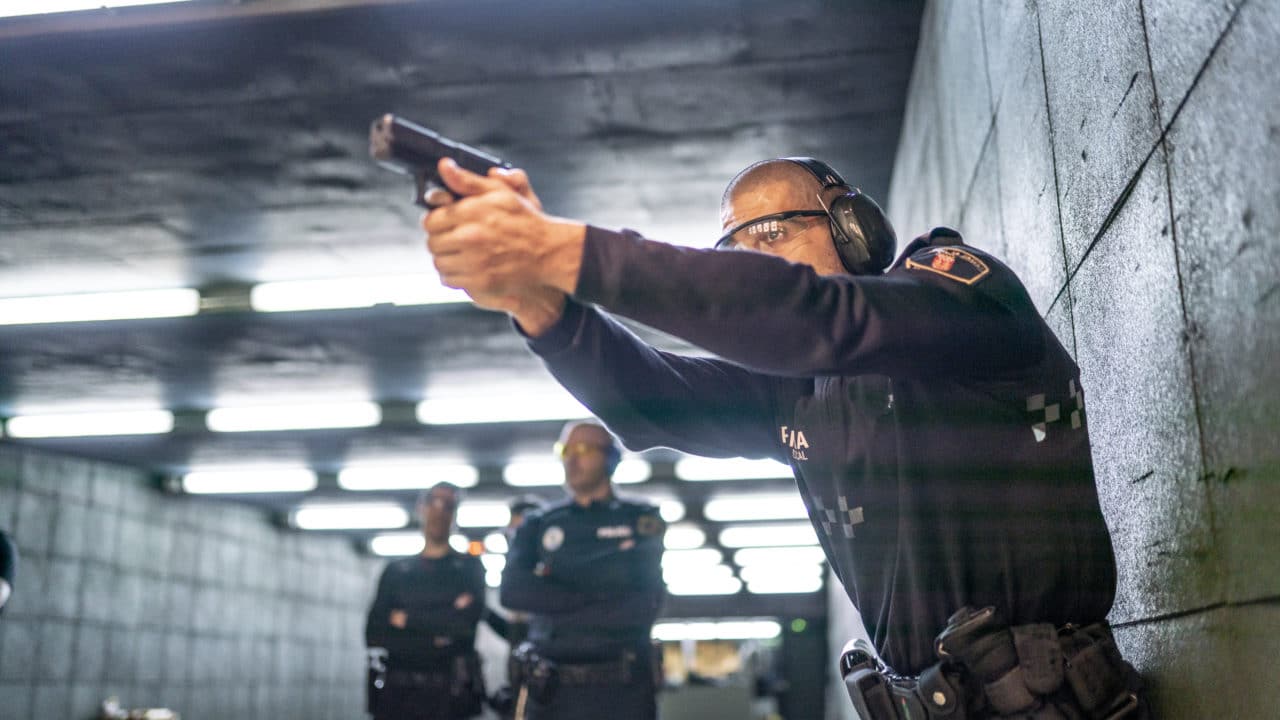 Editor’s Note: This article is also discussed in Ayman’s Podcast: Project Sapient–check it out here.

I was born in Monrovia, Liberia in the early ’80s. I remember so much about it. The beaches, the muddy roads, the wildlife in the jungles, my father’s job, where we lived, and I remember when Charles Taylor took over and war broke out. I saw a soldier jump out of a military truck and get blown up by a grenade. We left Liberia as a result and flew to Lebanon, where my parents are from. It was in the late ’80s when we landed in Lebanon.

My only childhood memory of Lebanon was of Artillery hitting the side of a cliff near my family’s village. I also remember soldiers/militants driving through my family’s village. I would run home crying at the sight of that. We moved to the United States. I went to schools here. I dealt with schoolyard bullies. I wasn’t timid about fighting back. Why is that? Did my past experience have something to do with it?

I have friends, brothers-in-arms, who grew up around violence. I have fellow veterans who grew up in tough urban environments and had early childhood trauma as a result. Did their individual experiences help them gravitate towards a profession like policing or combat arms in the military? Think of people in your life, or even yourself, if you are a veteran or first responder, what made you become one.

I believe there are 3 kinds of people that join the military or become first responders. The first kind, it’s a family “business”. They do it cause their parents and great-grandparents did it and it’s in their blood. The second kind, just needed a job, to pay bills, work overtime (first responders), get health insurance for the family, etc. The third kind are the predators, not the bad ones, like sex-predators, I’m talking those who have their instincts honed due to their past experiences. They accessed their primal instincts to do the job. They grew up around trauma, like war, tough urban environments, and were able to survive it. They understand what it means to be “punched in the face.” They come from a long line of warriors in their former lives.

As I stated before, my family is from Lebanon. Ancient times, it was Phoenicia and has been at war for thousands of years. In the village of Qana or Canaan, is where Jesus turned water to wine. That is just minutes away from my family’s village.

Within the fabric of the DNA of certain people is the attraction to violence, combat, fighting whatever you want to call it. It is so far deep in our DNA that with the creation of technology it got turned off. 1st responders and service members, who were exposed to fighting, boxing, wrestling, martial arts, etc. at an early age are wired differently. Those primal senses got turned on and they never turn off.

Mike Tyson once said: “Everyone has a plan ’till they get punched in the face.” I love that quote because it is so true. When police academy instructors tell me that they have to teach recruits how to make a fist, that is an issue. That tells me when these recruits graduate the academy, without ever experiencing an actual fight, whether winning or losing, those recruits are going to cave in when under stress. Those who have fought, whether combat, in the ring, in the schoolyard, are not afraid of getting punched in the face. They have felt it before and can deal with it.

Why am I talking about getting punched in the face? What does that have to do with this topic? It is EVERYTHING. I’ll give you a quick example, a few years ago I investigated a credit card theft. The defendant, “Mr. Big,” worked as a mechanic for a family-owned car dealership. The victim, “Mr. Cars,” reported that he thought it was his mechanic, Mr. Big, that stole his credit card. Mr. Cars provided me a credit card statement of the fraudulent charges.

So fast forward a couple of weeks, I already interviewed Mr. Big, I obtained video evidence of Mr. Big using Mr. Cars credit card in various stores, and was granted a warrant for Mr. Big’s arrest by the courts. I coordinated with Mr. Cars and went to the dealership. I went into Mr. Cars’ office and Mr. Big walked in. There was a reason I called him Mr. Big. He is 6’3 and a solid 230lbs. He was built like a tank and I could tell he could handle himself.

So, in a tactical sense, I did not like Mr. Car’s office. There was only one way in and one way out. My back was against a wall and Mr. Car’s desk was in front of me. Mr. Big walked in with clenched fists. I begin a verbal dance with him, as I talked to him, we circled each other around Mr. Car’s desk. My back up was minutes away. I stopped walking with my back to the door and with Mr. Big’s back to the wall. He immediately recognized that he was at a disadvantage. He paced back and forth trying to figure out what to do next. In the end, he went into my handcuffs peacefully and no use of force necessary.

I was talking to a friend of mine, who’s retired Special Forces, about this scenario. He described it as two apex predators circling each other and my posture was stronger than Mr. Big’s. That’s what made me win. My friend, who also grew up in tough urban neighborhoods, knew exactly what I was doing as I described the incident. I did not stress out, my emotions were calm, and my demeanor was intense. I’d say 99% of my arrests go that way.

Back to Mike Tyson’s quote. What does that have to do with anything? It is about performing under stress. The military has that down to a science. That’s what boot camp, Ranger School, Special Forces selection is all about. Testing individuals in times of stress and getting them to think under pressure. With academies becoming softer due to political correctness, we are creating cops who do not know how to respond under stress. The academy is six months long, in some areas, and then the newly minted officers are out on the streets. To enforce laws, to serve and to, God forbid, use their weapons. It is an incredible burden to place onto someone who has not been given adequate training.

I’ve shared a little about my past and how it shaped who I am today. Modern society, these days, look down upon a “tough” cop or even an “alpha” type personality. Modern technology did away with those primal instincts that we have wired in us all. Those who have been “punched in the face” know what it’s like and are ready and willing to act and think under pressure. During MMA fights, wrestling bouts, or boxing fights, the fighters are trying to outwit each other. What looks like chaos by many, to the fighters, it’s home. They impose their will on the situation and refuse to let the other fighter dictate the outcome. It is the same with policing. What may look like a chaotic scene, to cops, a car chase, SWAT mission, foot chase, is actually a coordinated effort to bring the chaos to an end by imposing their will onto the situation.

There needs to be stress inoculation in these academies for administrators to find out who has deficiencies and who is strong. Training under stress is good. It is eye-opening for the recruits. It tells them what they are truly made of and will weed out those who do not need to be there. The biggest hurdle for this type of training is funding. There must be proper funding to train police officers to handle stressful situations.

Training must reflect the fact that policing is more than a job, it is a way of life.

This first appeared in The Havok Journal on July 2, 2020.