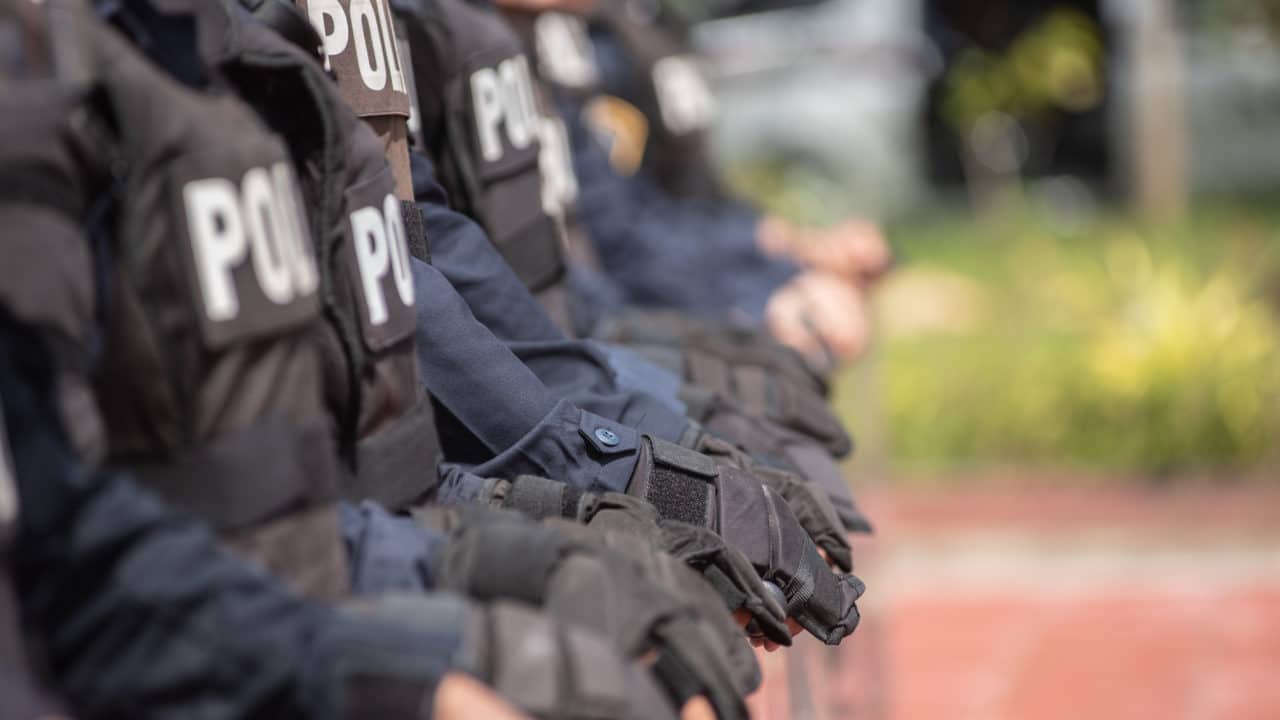 I’ve been a cop for over a decade and have seen the decline of quality training made available to police officers. Don’t get me wrong, some of the training offered to law enforcement are fantastic, but they are expensive. How much you ask? I’ve seen some courses charge $400 per officer. How can police departments send their officers to quality training when they face crippling budget cuts? The movement to “defund the police” is not the answer. I agree with reallocating funds to more social programs but cutting training budgets is the wrong way to go.

With tight budgets, Chiefs are left with tough decisions on which type of training to send their officers and how often. I’ve recently learned that on the west coast of the country, a large police department had not had in-service training in about 8 years due to budget cuts. In-service training is essential for officers to keep them up to date with new laws, department policies, use of force, new de-escalation techniques, crisis intervention training, and a multitude of other classes.

How often do you think a patrol officer qualifies with a weapon? Once a month? Once every couple of months? How much trigger time do you think they get on top of qualifying? The answer is, the average patrol officer gets to qualify once, maybe twice a year. They get 50 to 100 rounds and a 4 to 8-hour day at the range. Unless the officer is part of a specialty unit like SWAT, that’s all the time they get at the range. Officers would have to train on their own.

I do a lot of shooting and training with my weapon. I am on a SWAT team, so I have the luxury of getting extra time at the range. But that doesn’t mean my training ends there. I continuously sharpen my skills. I owe it to those I swore to protect, and I owe it to the officers I work with.

Let’s think about this…An officer, who carries a gun, qualifies once or twice a year? It’s up to the individual officer to get more training. Why is that? Is this what society wants out of its officers? To be mediocre at shooting and weapons handling? I believe an officer needs to be an expert with their weapons. They need to be able to fire their weapon with precision. I’m not talking about some John Wick shooting. I’m talking realistic shooting. The range qualifications do not challenge the officer’s ability to fire under stress. The firearms quals are not even realistic. I believe the quals should be a combat shoot course with different types of targets such as, shoot don’t shoot targets, hostage rescue targets, moving targets, targets that would cause the officers to think on their feet. As a result, you get better-trained officers and more confidence with their weapons. 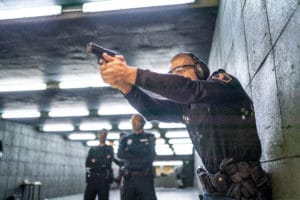 Ok, here is the reality of the “approved” defensive tactics that officers get trained in. THEY ARE NOT REALISTIC. This pushing a subject away from you and trying to get him into an arm bar and then arresting them is once again not realistic. A violent subject, who is about to get arrested, is not going in handcuffs without a fight. Now, during the span of my career, so far, I’ve gotten into probably a handful of physical altercations when affecting an arrest. It happens. Don’t be shocked. Bad, evil people could care less about going quietly. It’s going to be violent and not going to look pretty.

Now, one thing I’d say is what happened to George Floyd was appalling and wrong. There are times where I did have a subject on the ground. I used the recovery position. The recovery position is having the subject lay at their side rather than their stomach. It is less restrictive to the subject and the officer can monitor them better. Below is a well-known chart used across the country as a guide of where to strike a human when the officer has to resort to using a baton. As you can see, the head, spine, solar plexus, back of the neck are all red and should not be hit, unless it is a deadly force type situation where the subject is trying to kill you. The yellow parts are also places to avoid but are allowed to be hit. The green is fine all day long. So, let’s go back to George Floyd. The spine is a known area to avoid.

Once again not enough training goes into defensive tactics. A patrol officer may get 8 to 12 hours a year in defensive tactics. The training is generally mediocre and half-assed because of sheer laziness. Why is that? Shouldn’t cities and towns invest more time in their officers to train them properly? How about allowing officers to join a self-defense course or join a local karate gym?

Use of Force Training

This is another subject that is not trained enough. The best kind of use of force training is scenario-based. Using simulations, which are kind of like paintball guns, and putting officers through shoot don’t shoot scenarios. Teaching the officers who to de-escalate situations will build confidence in the officers to make decisions under pressure. Not just any decision but a good decision that will probably save a life or more.

This is a use of force model used across the country. Depending on the departments, officers may get 8 hours’ worth of training and refresher courses on this. I believe this is a very important subject for all officers to continuously train and have a very clear understanding of the Use of Force model.

Once again, most of the time, it’s up to the individual officer to learn it. It’s up to cities and towns to invest in their officers and provide them the best training available so they can have quality officers working the streets.

The three examples I provided above, I believe, are probably some of the most important parts of officers’ training and not enough time is given to train and be proficient at these subjects. A lot of times, it’s up to the officer to pay out of pocket for proper training, and sometimes some officers don’t care to learn more. They are there to get overtime money and move on. This is the unfortunate culture that got created by cutting budgets and making the hiring process nearly impossible to get quality candidates. Where I work, a previous governor did everything he could to slash police training budgets, get rid of a lot of incentives to make the job competitive.

It’s almost as if to become a cop, all you need is a high school diploma and a driver’s license. Of course, with a robust background, you might be able to get a mediocre selection of new officers but since when did we as Americans settle for mediocre? Is this the legacy we are going to leave our children? We need to revamp training for police officers so they can be the best at their jobs. We need to revamp training so we can have officers who are confident in themselves. With confidence comes good decisions, with good decisions comes good outcomes.

This job requires that type of caliber of cop and society should demand that from their elected officials.