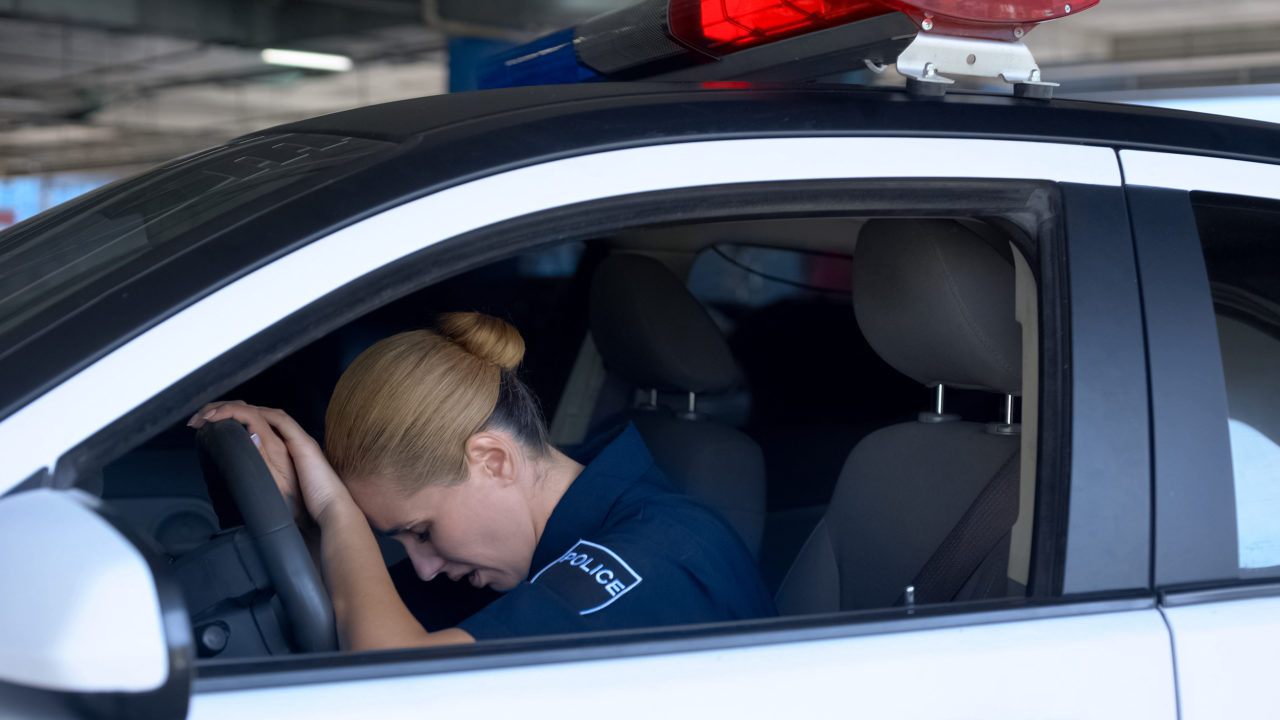 There are times when I’ve responded to calls and left shaking my head. I’m sure fellow officers reading this would agree. The problems we have to respond to, at times, are what many call 1st world problems or “champagne problems.” The unfortunate part is a lot of police leaders entertain these types of calls for service. Most of these calls can be given to other government agencies and do not need police handling every societal problem. It burns officers out, emotions start to run high and mistakes begin to happen.

A few years ago, while on patrol in my sector, I received a call from dispatch to handle a neighbor dispute. I got to the location with my back up officer. The reason two officers show up to neighbor disputes is that these disputes do get violent at times. It’s amazing what neighbors physically fight over. Hence the phrase: 1st world problems. I got there and found out, these two neighbors have been bickering over a storage shed that has been on the property line for decades. I’ll call each person Neighbor 1 and Neighbor 2.

Neighbor 1, who has had this shed on their property for a couple of decades. Neighbor 1 tells me that the shed was there before they bought the house. Neighbor 2, clearly agitated, wants it removed because it is on their property by a couple of inches. I asked if they consulted the city building inspectors or any other services to check and confirm the property line. Both replied yes. That wasn’t good enough for Neighbor 2, because they wanted that shed removed ASAP. As the conversation went on, I said to myself, what the hell am I doing here. I can be out there proactively policing my sector, but I have to deal with these adults that are acting like juveniles. They expected me to resolve this issue. I told them they had to settle at civil court. Neighbor 2 hated that because they wanted me, as a cop, to tell Neighbor 1 that they are to immediately tear down the shed. It doesn’t work that way.

Here is another one for you, I once overheard a dispatcher argue with a caller about calling 911 to get directions. The caller stated, “WELL THIS IS MY EMERGENCY.” I shook my head and walked out of the dispatch center.

Certain people call us so much they become like that boy from the story, The Boy who Cried Wolf. It gets to the point where entire patrol operations revolve around these types of callers. Don’t get me wrong, the idea behind “see something say something” is important. We rely on the community to tell us what is going on in their neighborhoods when police aren’t there. What’s not important is property line dispute or calling 911 for directions and many more ridiculous reasons.

People even call the police to project their biases and racism. A caller observes a “suspicious person” and calls 911 to report it. The police show up and conduct an investigation. It turns out the person wasn’t doing anything wrong and the officers were just used to satisfy a racist person’s need. It amazes me the number of times this occurs. If the general public knew it, they would realize it is not so much a police issue, but more of a societal issue. This is an issue that the leadership in policing needs to stop entertaining. Some of the racist people will call the Officer of the Chief or the Mayor and demand police presence for a minority family.

I’ve had one person tell me that the house a family lives in is too expensive for them and they must be “up to something.” I shot back at the person on how racist they are. They were taken aback by this accusation and declared they are not racist. I have conducted my investigation into this family. I wasted police resources and my time to satisfy a person’s own biases.

I’ve responded to callers stating two black males were walking around a vacant house and looked like they are ready to break in, when they were realtors looking at this house they are selling. They were in suits, walking around with clipboards and the whole 9 yards. These types of calls are generally handled with care and are quickly resolved without anyone getting hurt. I do feel for the minority who was discriminated against by some caller and I show up, a minority, have to deal with this situation. It is very awkward.

My family comes from a village in Lebanon, where having electricity is a luxury. Electricity is available for a few hours a day. If you don’t have a generator then you are shit out of luck. In the U.S. Very seldom do we lose power, but when we do, wow, you’d think it would be the end of the world. Real-world problems vs first world problems.

COVID-19 hit the U.S., there was a mad dash to get toilet paper because someone from China said, “I wish I had more toilet paper.” This individual was referencing how runny your nose gets, not the toilet. Nevertheless, people went nuts buying up every single toilet paper around. It was an epic show of human savagery and stupidity. Again, I say, 1st world problems vs Real-world problems.

I know every cop in the modern world would agree. If you put up a road closed sign due to some construction, crime scene, or accident, the true test of human intelligence occurs. I’ve stood at road details and have been demanded to open the road because, “I always go this way” is the excuse I hear or, “The GPS wants me to go this way.” It truly raises a cop’s blood pressure for a detail that does not require any stress whatsoever.

I recall going to a house, lights, and sirens, multiple police units racing there because the caller was screaming into the phone as if they are being murdered. We show up and it turns out that it was a daughter, who was around 20 years old, arguing with her father because she had an attitude and he kicked her out of the dinner table. I had a stern conversation with the daughter and told her to not call the police because her dad kicked her out of the dinner table. I learned later on that her boyfriend lives at the home also. I went to the basement to speak to the boyfriend and he was sitting down, three large computer screens in front of him, playing some role-playing game. I just nodded my head and knew exactly what I was dealing with. If I could charge each person with the misuse of emergency services, I wouldn’t leave the police station due to the amount of paperwork I have to file.

In America, we are very spoiled by the luxuries we have. Most combat veterans understand that and appreciate all that we have. Between where my family is from and living in a tent in Iraq, I rarely complain about much.

When I see citizens complain of the most trivial crap in their lives and I have to see to it, even though it is not a police function. People have either forgotten the ways of settling disputes rationally or have relied too heavily on the government to intervene. I’m a big supporter of governments not involved in everyone’s lives. It is not necessary, and I have seen and experienced what that is liked.

Unfortunately, when you have families that call 911 because little Jerry or Suzie won’t get out of bed for school. It paints the picture that the government should be involved where in reality, it shouldn’t. The U.S. Government grew too big, I believe, because of this very reason. Where everything has to be settled by the government and can’t be settled by rational adults. I encourage every single one of you to go on a ride-along with your local police departments and see what they deal with. It will open your eyes. You will realize the difference between 1st world problems and real-world problems.

This first appeared in The Havok Journal on December 20, 2020.