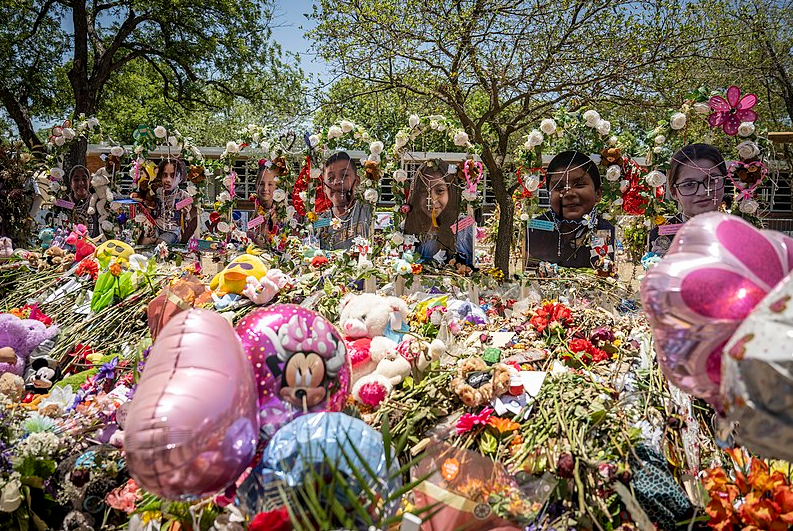 “When a warrior fights not for himself, but for his brothers, when his most passionately sought goal is neither glory nor his own life’s preservation, but to spend his substance for them, his comrades, not to abandon them, not to prove unworthy of them, then his heart truly has achieved contempt for death, and with that he transcends himself and his actions touch the sublime.”

For my fellow police officers.

It’s OK to die in defense of others. I want that statement to hit you like a ton of bricks, and I want you to decide now if you are willing to sacrifice yourself for others. When I say others, I mean your colleagues, those you swore to protect, your family, etc. If you are not willing to die for them, then you are not worthy of the badge and oath you took. It’s that simple. The only thing that should be on your mind when you put on the uniform is “How can I best serve and protect those who entrusted their safety to me?” If you are not willing or mentally prepared to make the ultimate sacrifice, then find another line of work because people’s lives depend on you. When seconds count, the police are only minutes away. You are the first responder and the last line of defense. Be ready mentally, physically, and spiritually to lay down your life for others. It’s not about you anymore. It’s about those who need you.

The Uvalde massacre was a dark day in American history. The events that unfolded showed the world what can happen when you put people in positions of power who are ill-equipped, ill-prepared, and lack the intestinal fortitude to do the job.

The mindset of the officers involved was one of complete and utter failure. They lacked the training and experience to deal with the situation, and they certainly lacked the leadership skills to get the job done. As a result, innocent people died, and families were left shattered. This tragic event should serve as a wake-up call to law enforcement agencies across the country. It’s time to start investing in training and leadership development so that we can avoid such disasters in the future.

We are now seeing police officers getting fired due to their inaction during that incident. Finally, the real issues are coming to light, and the people have a right to know and must demand from their politicians to have highly trained police officers. Now, I’m not painting my fellow officers with a broad brush. But we all must acknowledge the issues within our profession.

Kyle Lamb, former delta operator and owner of Viking Tactics, told me of a time when he was training a police department. He looked at a sign in the police training room that read, “Get home safe.” Kyle told the officers that it was the wrong mindset, and here is why. The officer’s responsibility is to the community first, and that means doing whatever it takes to keep the citizens safe, even if it means putting their own lives at risk. Second, the officer’s responsibility is to their brothers and sisters in blue. They need to be able to rely on each other and know that they will do whatever it takes to back each other up. Third, the officer’s responsibility is to themselves. They need to be mentally and physically prepared for whatever they may encounter while on duty. If they have the right mindset, they will be better prepared to protect themselves and those around them. By changing the sign to read “Mission First,” Kyle was trying to change the officers’ mindset from one of self-preservation to one of selfless service.

In my opinion, the “Get Home Safe” mentality is self-preservation and does not support the importance of the mission. The Army taught me to put the mission first, the team second, and myself last. I believe this same philosophy should be applied to police work. The victim should be the priority, followed by the officer, and lastly, the suspect or bad guy. By putting the victim first, we are more likely to achieve the mission and get everyone home safe. Law Enforcement officers are taught and trained that way, but it doesn’t really transfer over to real situations. Mostly because officers do not train that way unless they are on a specialized unit. On the patrol level, though, it is forgotten by most.

Kyle asked me once, “How do you train that mindset?” I responded that you can’t really train it. It needs to come from the individual. It lays dormant in their genes and is up to each individual to unlock that warrior spirit from within.

On the patrol level, it turns into writing tickets, responding to calls, dealing with the brass, dealing with thankless citizens, and the typical Karens and Chads of the world. It quickly gets lost as time goes on because it is never reinforced. Patrol officers become fat, lazy, lose their sense of purpose, seek out overtime to live a lifestyle that is not sustainable, and lack training. Most patrol officers forget why they are there, why they took that oath, why they put on that vest, shield, and holster that gun. Complacency sets in, and that’s when those officers put themselves and everyone else in danger.

To reach Ayman, feel free to email him at hwbluelinestrategies