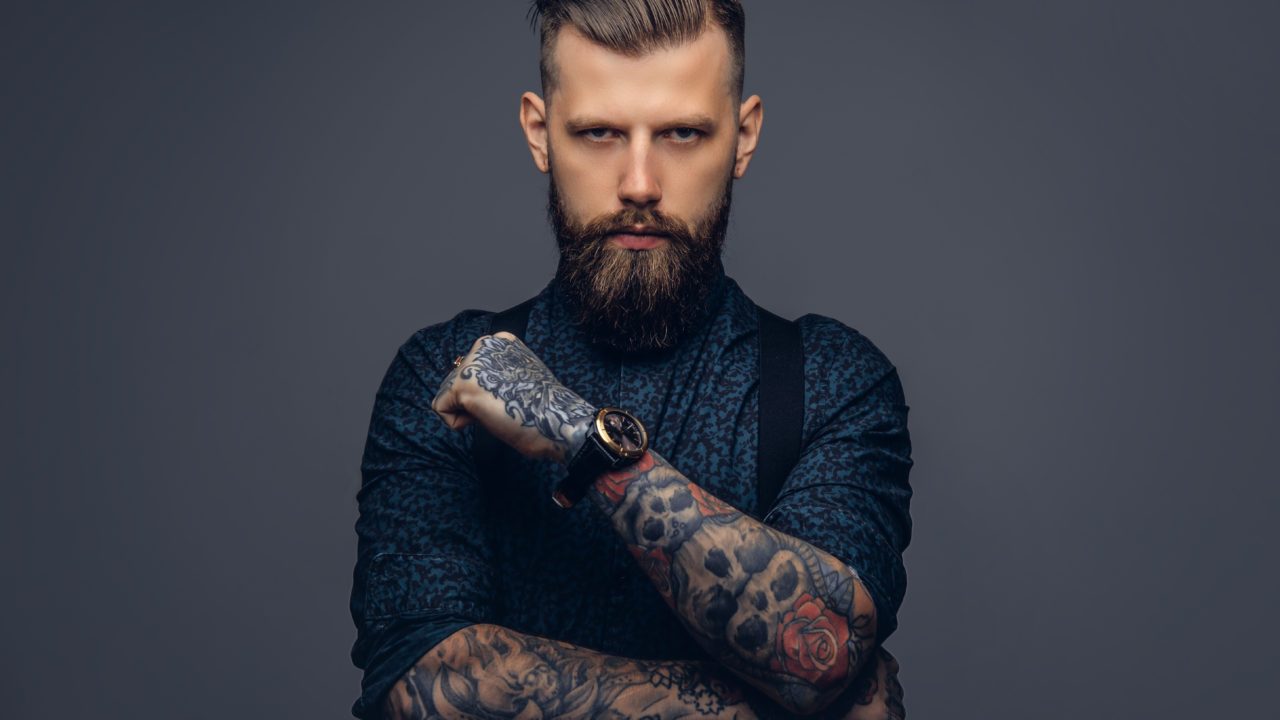 There’s always a certain tension when two servicemen meet for the first time. The nature of the tension often varies based on branch, job, and life experience. One might reasonably expect a grunt, for instance, to size up another grunt, the tension of two warriors vying for dominance. When fellow Havok Journal denizen and fellow POG Paul and I met up to discuss life, the universe, and the peculiarities of Fort Bragg, the tension was less caveman and more tired old men trying not to pick up hepatitis at any of Fayetteville’s fine dining establishments.

As tends to happen when two writers meet, the conversation meandered around, covering everything from sports (if you think men are less emotional than women, wait til football season) to observations on military culture. Paul had one observation in particular that, try as I might, I was utterly unable to refute.

When you get down to it, there’s not a whole lot of difference between the apocryphal hipster and the GWOT vet.

Think about it for a moment. Beards- check. Tattoos- check. Insular culture that seems strange and unwelcoming to the outsider- check. Highly specific and objectively strange tastes in fashion (clothing, haircuts, etc)- check.

The only real differences are the typical veteran’s penchant for guns and hyper masculine attitude. Both communities eat some weird-ass food. Which is more strange, Mongolian Tex-Mex fusion, or dumping a bunch of MRE entrees in a pot and drowning it in Texas Pete? Both communities tend to enjoy things ironically. You can’t tell me you haven’t seen a bunch of dudes blasting Katy Perry in the motor pool, dancing and lyp syncing their little hearts out.

I had the dubious privilege of being dragged through the Williamsburg community in Brooklyn a few months back, and I have to say, I was reminded of nothing so much as a trip to the PX on Bragg. Swap out T-shirts proclaiming one’s status as a sheepdog for highwater jeans and up the average muscle mass by about 30% and you’d hardly be able to tell the difference.

And as much as the veteran community likes to rag on hipsters for being whiny and entitled, we’re just as bad, when you get right down to it. Attack any one of our sacred cows and we come out in force, screaming and hollering and slinging mud at anyone who dares disrespect us.

And yet, despite our vast collection of similarities, the veteran community and hipster community more or less hate each other. To the hipster, the average veteran is an uncultured killer who is just a swastika away from being a Nazi. To the veteran, the average hipster is an emasculated crybaby who’s just a stubbed toe away from dissolving into tears and blaming Trump for hard surfaces.

Where does all this hate come from?

There’s a phenomenon known as the narcissism of small differences. The term was first coined by Sigmund Freud in 1917 to describe the reason why similar communities so often find themselves at each other’s throats. We’ll gloss over the psychobabble and get down to the meat of the matter: in order to preserve a sense of uniqueness, communities often become hypersensitive to the little things that separate them from other groups. By exaggerating the differences and attacking them, individuals and groups can maintain their sense of identity in the face of overwhelming similarities.

This phenomenon has been witnessed time and time again over the centuries. Ever wonder why two tribes who live a short distance away from each other and have broadly similar cultures and beliefs have so often tried to kill each other? That’s why. They get all hung up on the little things, and the next thing you know, Catholics and Protestants spend a couple centuries tearing Europe apart in war after war.

In this case, hipsters and veterans have been locked in a culture war for the last decade. Only, the veterans have won. Hipsters don’t really exist anymore, outside of a few enclaves like Williamsburg, or in the fevered ranting of veteran Internet personalities. Veteran culture has swelled and expanded, united by a common experience provided by the wars in Iraq and Afghanistan and empowered by the World Wide Web.

We have all but supplanted hipsters in modern society, and in the process, we’ve become the new hipsters. We have stared into the abyss, and the abyss gave us a sense of entitlement and way, way too much beard.

This article first appeared in The Havok Journal 30 August 2018.