HomeCultureThe End of the Conversation: What Soldiers Talk About 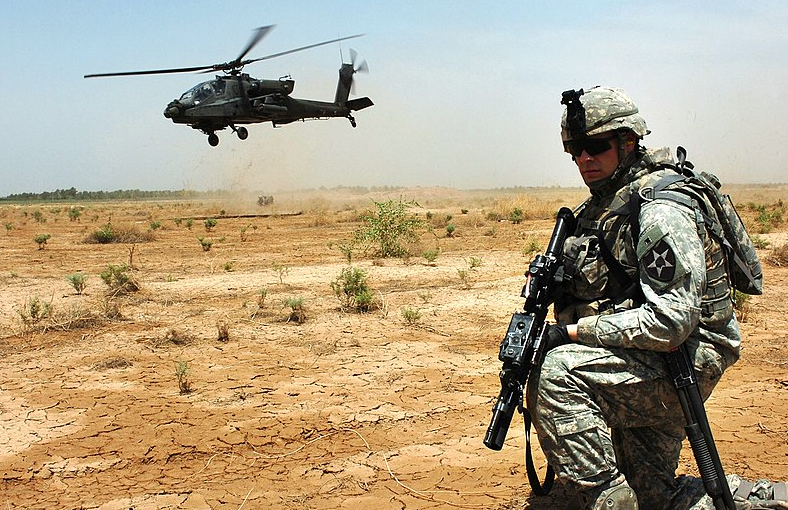 It’s been said about combat that it consists mainly of boredom occasionally punctuated by moments of terror. But, mostly, there’s lots of boredom. LOTS of it…

Soldiers do whatever they can to pass the time: eat, sleep, work out, read, watch movies, play video games, and so on.

Probably the biggest consumer of downtime during war is conversation. The simple act of talking to other soldiers in groups big and small. It is what soldiers have been doing since the time of Roman Legionaries.

But what do they talk about?

In essence, they talk about everything.

There are cars: Chevy vs Ford, American versus Foreign, and so on…

Often there’s politics, running from the extreme right “Everyone who doesn’t look like me should be deported!” to the far left “We should start a revolution, take over the army, and elect our own leaders.”

What do Soldiers talk about when they’re off duty? Pretty much anything…

Every once in a while there is religion (I’ll leave that one alone).

When we started running low on topics of discussion, there were always TV shows, music, and movies (when I got home my wife was impressed with my newfound knowledge of pop culture).

And always, there is conversation about food: the food you wish you had, how bad the food is where you are at, trading recipes for ramen soup and MREs, the best place back in the world for burgers, ribs, pizza.

Then there is what to do after the war, stay in? Get out? What states offer the best unemployment insurance (this was an actual topic I heard at a transition briefing when I left the active duty army).

We told stories about stupid things you did while you were drunk, stories starting with, “This is no shit” and ending with, “Seriously!  I didn’t make it up, that’s the way it really happened,”  talking smack about officers, NCOs, marines, sailors, airmen, civilians and ultimately, each other.

Just to name a few…

While deployed to Kuwait and Iraq during the war on terror I witnessed soldiers discussing every subject under the sun. But the strangest one I ever heard is the one I call, “The end of the conversation.”

There used to be a commercial on television depicting a man mindlessly surfing the internet. Apparently, the man had been doing this for eons because a sign popped up on his computer saying that he had reached the end of the internet. He had viewed everything there was to view and now he was at the end.

I bore witness to the conversation version of this.

A group of about 10 soldiers was sitting inside a tent. These soldiers were from the same platoon and had spent a lot of time with each other prior to and during the deployment. They had been with each other 24 hours a day, seven days a week, for the better part of a couple of years. For civilians, it’s hard to understand the bond that develops between men when they are constantly together. It’s similar to family only I don’t know many modern families that are together every minute of the day for months at a time.

My cot was in the same tent as theirs so I constantly heard them talking. Collectively they had discussed every topic of interest that there was to talk about. Or so I thought…

There was a soldier in the platoon, a specialist, I think his name was Conrad. Conrad was the kind of guy who, if you could somehow test his IQ, you’d find he was as smart as Albert Einstein.

Unfortunately, if you did try to give him a test he’d either fall asleep in the middle of, walk out, or intentionally fail it to avoid taking on greater responsibility. He was a made member of the “Specialist Mafia,” a sub-group in the army made up of lower enlisted that have strength in numbers and basically run the organization.

After an unusually long rap session where all of the aforementioned subjects were discussed at length, Conrad piped in. He said something so obscure, so unexpected that, for a millisecond the world stopped rotating on its axis.

He said the following:

For once it got real quiet in the tent. No one said a word. Somewhere a dog barked…

By saying what he had said Conrad had done the unthinkable, he had reached the end of the conversation!

By saying what he said Conrad had caused what appeared to be an unrepairable rip in the time/space continuum. The ramifications were unthinkable.  What was anybody going to talk about now that everything had been discussed?

Then, a strange thing happened, after a short pause. Somebody, another soldier, broke the awkward silence. He brought up a topic that had been hashed, re-hashed and double hashed before, thus breaking the cycle, repairing the tear, and getting the earth spinning again. The clock had been reset, to the beginning of the conversation. It was then I realized that conversation had a yin/yang quality to it with no beginning or end, just infinite continuation.

Then I went to chow…