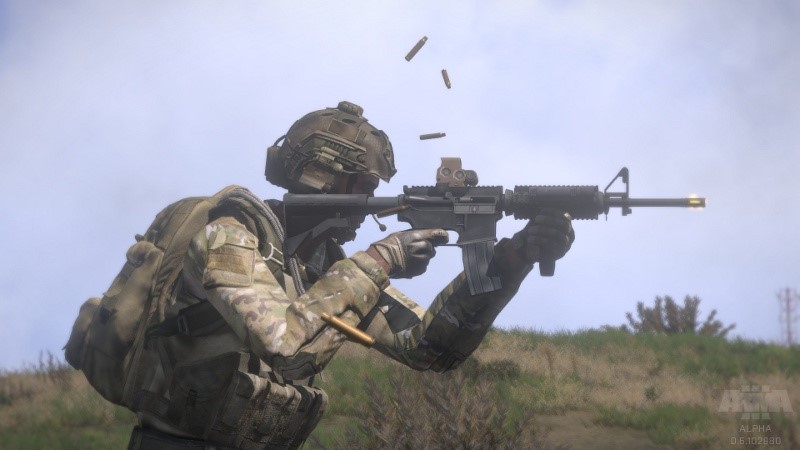 Half the people I know roll their eyes at this statement and ask, ‘Why can’t you be into guns, motorcycles, hunting, Crossfit?  You know, like everyone else?’  They treat this affinity for electronic gaming as childish at best, a critical moral and mental failing at worst – and utterly perplexing.  I am beyond caring because anyone who has known me for a long time knows I was a world class geek long before I was a professional military officer.  I am not exaggerating – anime, science fiction novels, Star Trek conventions, my first crush on Erin Grey (COL Wilma Deering from Buck Rogers), Star Wars action figures, ‘they’re collectibles, not toys Goddammit!’ – I have always been into these sorts of things.  Lest you think I am exaggerating, I spent five minutes talking to ADM Bill McRaven about the ‘Lord of the Rings’.  Yes, that ADM McRaven and he is a fan.  No joke, he knew DETAILS.

Interestingly, love of video games is not as rare as you might think among the military set.  In every unit and echelon I have served – Infantry, Armor, INSCOM, Special Operations – I have run into gamers of all types and sizes.  I am not just talking about 18 year privates hanging out in the barracks with their XBOXs or lieutenants plinking away at iPhone games in the parking lot before PT.  I have been approached by large hulking bad-ass real life warriors who first c

heck to see if anyone is looking and then ask, ‘Dude, I heard you have Borderlands 2.  Is it any good?’ (Answer:  Yes, if you love America and hate Al Qaeda).  I think video games in moderation are an excellent form of stress relief – they are fun and they don’t harm anyone so who cares?

What should you play?  Well believe me, there are all sorts of games out there from popular sports games like Madden to the shockingly odd (Note:  There is a game out there about people dating man sized pigeons – Japan is a really weird place).  Game news sites like PC.IGN and Kotaku have been around for a long time and a brief perusal can give you a scope of what is out there.

Naturally, there are lots of ‘combat’ and war games available.  I am not one of those weird Army simulations guys who thinks we can build a war simulation that is ‘more real than real’ – the Holodeck is regrettably a science fiction dream – but I believe the current state of military games can be illuminating and create virtual situations which are interesting and appealing to the military mind.   Here are a few suggestions to get you started:

1)  ARMA 3:  The ARMA series of games from Czech studio Bohemia Interactive is billed as the most advanced modern combat simulation currently available.  Forget Call of Duty, these games are very intricate with incredible detail paid to the ballistics of entire categories of modern weapons and the proper handling of vehicles (tanks, APCs, and helicopters).  The ARMA series is very popular with modern simulation hobbyists with online groups recreating platoon and company sized battles complete with employment of small unit tactics, proper radio etiquette and net discipline, and pre mission OPORDS.  No joke, I played a few battles with one group and they took it very seriously with surprisingly little drama and demonstrating no small amount of professionalism.  They even AAR’d their battle the next evening.  Gaming doesn’t get much more detailed than this.

2)  PLANETSIDE 2:  ARMA is awesome at producing tense small unit battles.  PS2 aims higher and produces compelling and amazing wars.  PS2 is an online multiplayer game by Daybreak which simulates a science fiction war between three factions on a variety of enormous maps encompassing dozens of square miles of varied terrain.  At all hours of the day, battles rage – ranging from small units actions of a few dozen to huge battles involving hundreds of players on each side locked in a gloriously chaotic combined arms melee.

I once logged in and participated in a battle straight out of Terminator 3, repelling an massive tank assault across a frozen plain consisting of dozens of tanks, hundreds of infantry and aircraft and artillery support – all controlled by players.  Tracers, missiles and laser beams crisscrossed the snowy plains and it was a desperate affair.  I played as a MANPADs operator, sniping away at the opposing aircraft with my missile launcher.  I was so successful I actually think we held our part of the battlefield due to my efforts.  It was the single most intense video game moment that I have experienced.

3)  WAR IN THE PACIFIC:  Before computers, people who were into war gaming played table top war games by companies like Avalon Hill.  These were adult game – complex with thick rule books and hundreds of individual counters.  These games still exist but have transitioned into the computer age.  This is a good thing because all the numbers grinding and record keeping is now done by computers and one can actually focus on the strategy and tactics.  If that sort of thing appeals to you, than the Mount Everest of computer war games is Gary Grigsby’s War in the Pacific.  It is from Matrix Games, the foremost house of computer war games and it costs nearly $100 – but you get the most detailed simulation of World War 2 Pacific Theater.

How detailed?  Every single ship that fought, every Commander who ever commanded in the region, every ground unit Battalion size of greater, every aircraft ever constructed is present fighting WW2 in one day turns on a gloriously detailed map from Pakistan to Panama.  This is not a first person shooter – this is a game of strategies and tactics played out over years in which you are in control of every decision.  I played a single game of WITP for nearly eight years, trading one day turns back and forth with my opponent.  In my alternate history WW2, the Japanese won their ‘Midway’ moment when they annihilated most of my carrier fleet in an ill-advised early 1943 attempt against the Marshall Islands.  My opponent managed to invade India, which I turned into a meat grinder where the cream of the Japanese Army was mauled by my Armies.

I started my big push in mid-1944 through the Dutch East Indies and suppressed but did not take the Philippine Islands.  My masterstroke was a surprise invasion of Malaysia and Thailand in late 1944 which isolated the majority of the Japanese Army in India.  I then leap frogged seizing ports up the coast of China and defeated the Japanese Navy in early 1945 in an apocalyptic battle north of Luzon which saw the sinking of 18 allied and Japanese carriers in a single battle!

I then invaded southern Korea, got into a nasty land battle along the 38th Parallel which vexed me for the remainder of the war – but it was decisive.  I was able to bomb Japan’s population centers into oblivion with Korea-based B29s and finish off my opponent’s Navy and Shipping with Subs based out of Pusan – winning the war in early 1946.  The only atomic bomb I dropped was north of Seoul to shatter the main logistical hub supporting the Japanese counter-offensive.  Novices play Risk.  Men play War in the Pacific.

Those are just a few selections which I have had personal experience.  There are several other games out there if you are interested.  There are games like Total War:  Rome and European Theater simulations as intricate as War in the Pacific.   Sites like goldenslot if you’re into that.  There is a detailed World War One Bi-Plane simulation called Over Flanders Field which people swear is the best flight simulator of all time.  War games are enjoying resurgence and are only getting better with several titles on the horizon for the hobbyist.  Unplugged life is marvelous – there is nothing that beats real life experiences – but there is an amazing amount of digital fun to be had as well.  Speaking of which, I need to end this article – I hear that there is another massive tank battle brewing on the plains of Esamir on PS2!

This article first appeared in The Havok Journal on 17 April 2015.