HomeCultureThe Cart Before the Horse: Women and Ranger School 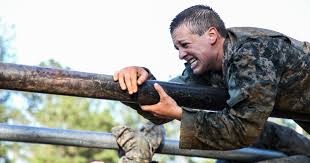 I applaud the women who tried out for Ranger School over the past three months.  It is a difficult course, mentally challenging and physically intense. It is listed as three training phases over 62 days, but many Ranger qualified service members (over 30% in fact, myself included) spent more time than that. Thankfully, there is no date-time group on the tab. 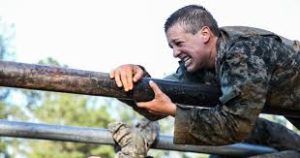 The three women currently left at Ranger School conquered the daunting task of going through the Camp Darby patrol phase for a third time, and now they must make it through the Mountain and Florida phases.  This is a tall order and failure is likely.  The U.S. Army shares the majority of the blame for their impending failure.  The Army, in its rush to placate lobbyists, politicians, and its own service members put the cart before the horse on this one.   Allow me to explain…

Ranger school is not just a leadership school; it is a leadership course based on specialized, rigorous, and intense infantry operations at the tactical level.  Peak physical fitness is not the only skill needed for graduation.  The Airborne and Ranger Training Brigade runs courses to, “increase the Army’s technical competency, tactical skill and leadership ability.”  Those priorities are listed in that order for a reason.

Many an infantryman can attest success in direct fire battle requires not just physical prowess, but technical competence and tactical skill.  Sadly though, the women who tried out for Ranger school had enough of the former but were lacking in the latter.

A three-week pre-Ranger course or Ranger Training Assessment Course at the unit level is not designed to prepare a Soldier to graduate Ranger School.  It is designed to ensure prospective Ranger students can meet the week 1 Ranger Assessment Phase standards, and to hone the patrolling and fieldcraft techniques they already know.  Notice I did not say, ‘learn the patrolling and fieldcraft techniques,’ I said ‘hone.’

Pre-Ranger courses are designed to improve the knowledge of basic infantry tasks, patrolling techniques, and troop leading procedures a Ranger student already possesses, not to learn them for the first time.  The women who entered the Ranger School did not have this baseline knowledge, and were thus set up for failure.

How can the Army fix the fiasco its gotten itself into?  It can swallow its professional pride and take a lesson from a sister service, the United States Marine Corps, by utilizing the crawl,walk, run training methodology.  The Marines sent their female enlisted to the Marine Infantry Training Battalion (ITB) course at Camp Lejeune, NC and their officer volunteers to the Infantry Officer’s Course (IOC).  122 of the 358 women who entered ITB graduated (34%), while all 29 female Marine officers failed to complete IOC.

You cannot be successful at advanced training unless you demonstrate proficiency in the fundamentals.  If the Army wants women to be successful at its premier combat arms course, they must send women through foundational combat arms training.  This means putting Ranger School on hold until female Soldiers complete Infantry OSUT at Fort Benning, Georgia, at least, or opening all combat arms MOSs to women at most.

Ranger School is not just RAP week.  It is not just PT tests and road marches with heavy ruck sacks and weapons.  It is not simply getting a ‘GO’ on your graded patrols.  Success requires tactical knowledge and skills experienced by combat arms Soldiers around the Army.  Getting a ‘GO’ on your patrol is fine, but if you have one too many “ruck sack explosions” in the patrol base, your peer ratings will likely earn you a recycle.

Route selection, failure to make a decision, and a lack of tactical fieldcraft will also earn you poor peer ratings.  These skills are taught through repetition and experience in a combat arms training environment, and it takes far longer than a three week pre-Ranger course to make someone proficient in them.

The Army wants women to earn the Ranger tab and that is fine.  In order to make that desire a reality, though, the Army should acknowledge its mistake, stop sending women to Ranger School, and start sending them to the foundational training: Infantry Basic Training, Infantry Advanced Individual Training, and the Infantry Basic Officer Leadership Course.  Once women successfully complete those, I have no doubts they will eventually succeed at Ranger School.

Captain Tyler Mack (pseudonym) is an active duty Special Forces officer, with operational deployments to Iraq and Afghanistan.  The views here are his own and do not express the views of the Special Forces Regiment, the United States Army or the Department of Defense.