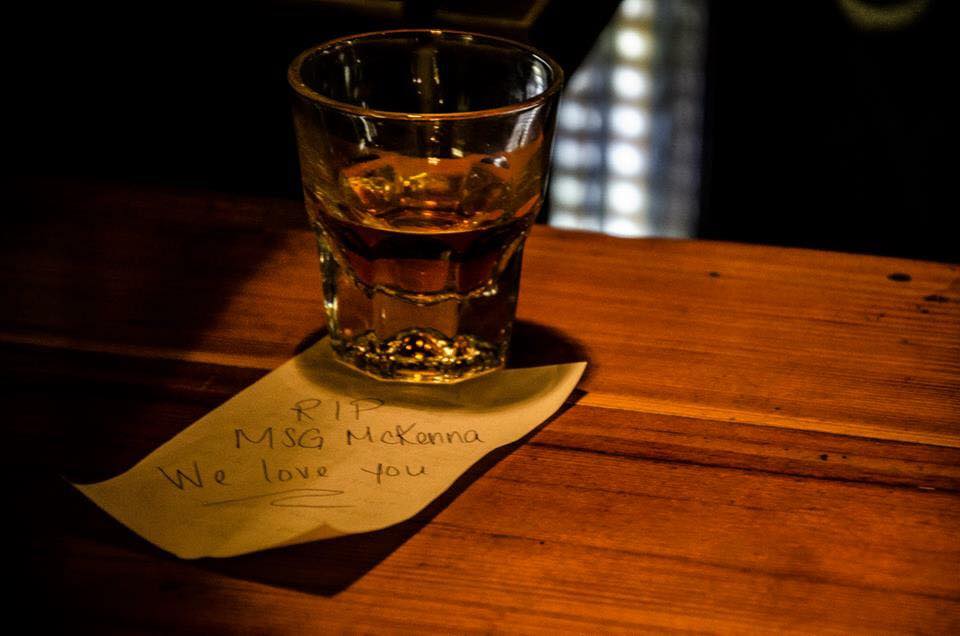 After a full day of crying, phone calls, and texts I finally have it together enough to compose this:

Today was one of those days, if you’re in the life or you’ve been a part of this life you’ve no doubt suffered through it before. You’ve no doubt cried waiting to hear from loved ones or brothers and you no doubt know that these dark days never get easier. It never seems to numb. It just tears you down to your core.

I didn’t go out tonight and try to drink the town dry to remember my friend. Instead I chose to stay at home with my son and think about what makes Americans great. So I put Preston to bed, I poured a Cuba Libre, toasted my recent fallen Hero, and thought of the story of 6 boys.

6 boys that came into Fayetteville, NC kicking and screaming. 6 boys who were serving this great country and living life by the minute. Who went down the long road of earning Green Berets, and with some shenanigans becoming men. To this day I don’t know who did it first…. I suspect it was Chris. But one got the Harley Davidson fever and he spread it to all the others. We were the 6 best dressed and best looking pseudo bikers around town. 6 boys who lived life hard and with no regard to tomorrow. 6 men who literally and figuratively rode through tornados and hurricanes together. 6 men; 5 of whom I call family; brothers in arms; and who showed this guy what being American really was.

One was the prettiest and also the smartest. Becoming an 18D was no easy task. He was into sexy choppers, nice clothes, and the women loved him. He was always kind and gentle. He was a virgin…. until that crazy stripper got him wasted and deflowered him. He moved away after we graduated, married a SGM and still lurks around the shadows a bit. He was such an amazing and caring person that 15 yrs. later my Grandfather ask about that nice guy that came home with me to visit that one time. I’ve always admired his sincerity and innocence; that’s American.

Another was just old, mean, and Grumpy. He was great because he could scare any girl right into your arms. Crass and ubberly loud; he still threw great cookouts after hours. As time went on we were on opposite schedules rotating in and out of the war. Always gave a big hug, had time for coffee and spot on intel dump at every handover. He was hard and nearly ran himself into an early grave trying to keep up way past his prime. Worked himself so hard fighting insurgents his body gave up well before his heart and mind did. I always admired his crass and loud I don’t give a fuck attitude, it made for good times. Working your ass off is truly American.

The third one, he was a hot mess. Another pretty boy who rode his bike to sloppy, and liked his women sloppier. He was slower getting into the Regiment than the rest of us, and later went to apply what he learned to the conventional school house. Plagued with injuries that would eventually cost him his career he was always right where you needed him to be. I watched him grow from a boy to the father of his own two amazing boys, and a great husband to his amazing and gorgeous wife. I always admired that he could take some heavy hits and keep on finding the silver lining. Always maintaining a positive attitude no matter what life throws at you is one of the most American attributes you can have.

The short one….. wasn’t always so short. He used to be the tallest and still has a knack for getting himself into great brawls. He rode his bike the fastest, and much like the women he chose back then his bike was the ugliest. He never gave up, I have no idea how long it actually took him to finish the Q-course, but he never quit. He lost both his legs defending this country. Despite that, he started his own company from the ground up. He races trucks and still rides bikes….. all while being two feet short. And I’m happy to say he finally found himself a hottie that’s as sweet as can be. He never gave up on anything no matter how hard it got… and he would be there first to tell you that REAL AMERICANS DON’T QUIT; that’s as American as it gets. 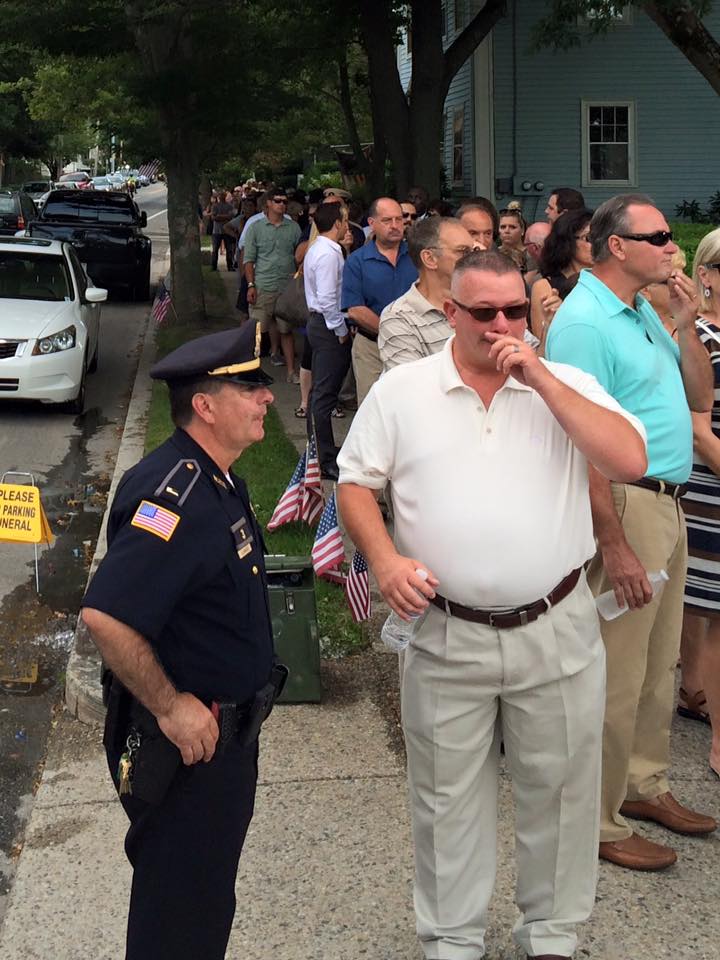 The last one, gave his life today serving his country. It’s a hard pill to swallow but the life of Andrew McKenna was snuffed out way too soon. He always had the latest and greatest gizmo and sexiest rides. He knew where he was going in life and he worked hard to get there. He was blunt, and we didn’t always agree. He had an infectious smile and mastered cooking macaroni and cheese with tuna fish when you were down and out. He was always there for you and he always made sure his family and friends had what they needed. Unfortunately, the McKenna family is no stranger to loss having lost their other son three years prior. Drew’s parents wanted nothing more than grandchildren of their own, a dream that sadly will never be realized. Drew taught us all the greatest lesson there is….. Sacrifice. His sacrifice for this nation is the most American thing I can think of.

To everyone that has called, texted, posted, tweeted, Instagrammed, and prayed the five of us thank you from the most humble bottoms of our hearts. As we prepare to assist the McKenna family in anything they could possibly need, I ask you to take a moment and think to yourself about what being American really is. Only through complete sincerity, hard work, a positive attitude, and never quitting can Americans continue to be great.