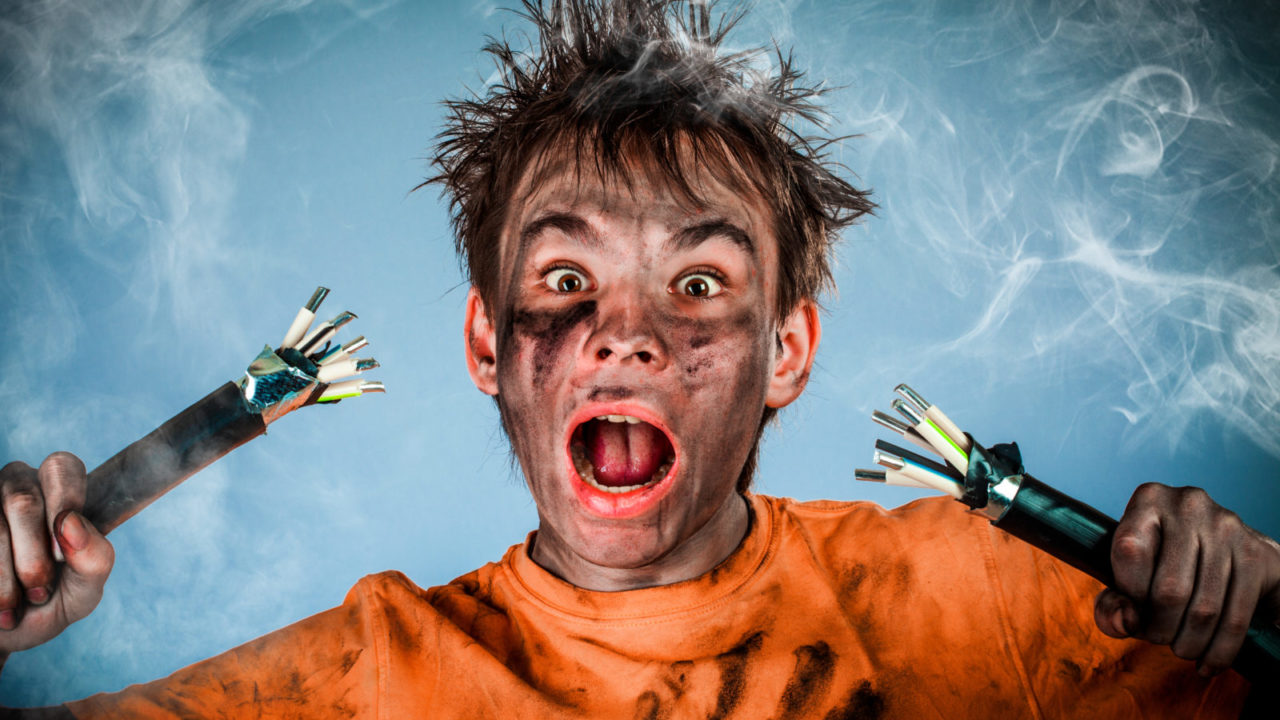 This first appeared in The Havok Journal on December 16, 2014.

My sons are experts in the art of enhanced interrogation, better known as “torture.” When they were young, Kristoffer and Kyle reserved intensified interrogation techniques for their most vital and challenging captive — me. Their methods are not new: feigning suffocation, forcing me to stand in stress positions, coercing exercise until complete exhaustion, applying disorienting light and noise bombardment, and imposing sleep deprivation.

I refused to buy Kristofer an expensive remote control car that he saw advertised every two seconds on TV. His last-ditch persuasion technique? An attempt to break the Guinness World Record for longest time breath held. He waxed blue feigning suffocation. I panicked. Fortunately, the body overrides stubbornness and manipulation by resuming breathing on its own.

More times than I’d like to remember, both boys found their way onto my two-story roof. First time for Kristoffer? He was three. First time for Kyle? He was four. What does an exhausting ‘stress position’ look like? An emotional and physical exercise in extended muscles finagling preschoolers off the roof without a ladder and without sustaining life-threatening injuries.

Kristoffer and Kyle instinctively played warring factions against each other. When the boys lost the war game between themselves they pitted Mom versus Dad, ratcheting up hardcore torture-that-somehow-isn’t-torture. Deeming their demanding methods valid and necessary, I alleged their tactics harsh. The only marks my enhanced interrogators left were on my heart.

As a battle-weary solo parent, I longed for one, just one peaceful night’s sleep. Between bedtime skirmishes and their nocturnal light and noise bombardment diversions, they wore me down until I caved in to their demands. “I need peace and quiet. You can have anything that you want! Just let me sleep!” The CIA makes a great point: Enhanced interrogation forces the interrogated to shout, “I give! I give up!”

When the CIA forced detainees to listen to rap artist Eminem’s Slim Shady album and they became frantic, I laughed. Hello! Welcome to the world of parenting American tweens and teens. Is agitation and distress not an everyday parental reaction to the music played at 125 decibels by self-noise-induced, hearing-impaired teenagers?

When U.S. tanks rolled into Baghdad’s Firdos Square, my mothering instincts kicked into full gear as the looting began. I thought: It is time for the moms of America to take charge.

I shouted at the looters on the TV screen: “I bet if you’ve been told once, you’ve been a thousand times, don’t touch! That’s not yours. Don’t take things that don’t belong to you. Am I talking to a brick wall? Don’t you run away from me. When I catch you, I’ll slap you upside your head. How many times do I have to tell you to leave other people’s property alone? Put it back! I don’t care what EVERYONE else is doing. You must think rules are made to be broken. Now march yourself to your room until you can come out and play nice. Stealing is not sharing. And don’t EVER let me catch you doing that AGAIN! I just hope someday you have kids JUST like you.”