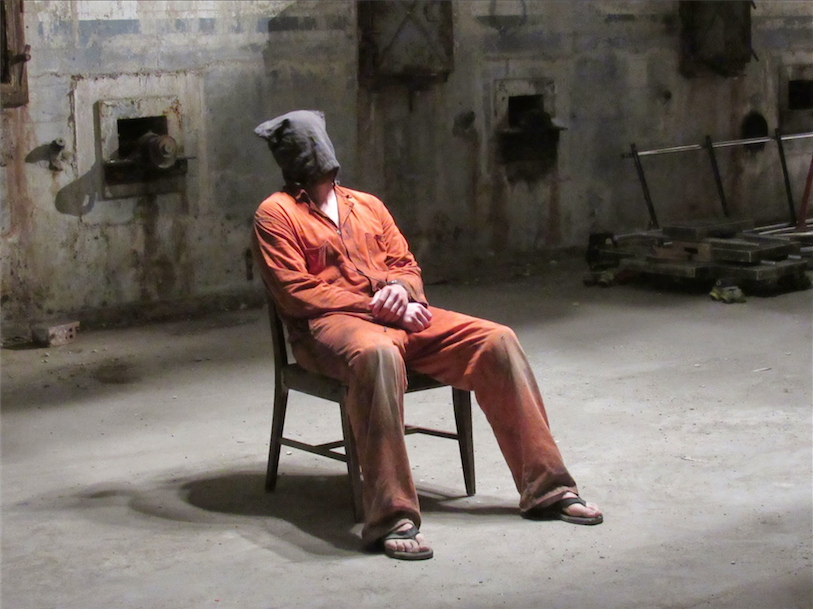 Blackside Productions, the new film-making branch of Blackside Concepts, has recently announced that their latest film, Prisoner of War, has entered post production with an expected release date of November 11th, 2015. Filmed in conjunction with GallantFew, Inc. and Hand Crank Films, the short film was directed by Matthew R. Sanders and stars actor Josh Kelly.

Shot on location in Bellingham, Washington, the film portrays a prisoner who has been kept in captivity for some time. The prisoner goes through a series of interrogations followed by brutal scenes of torture by masked men, which are sure to leave the audience sympathetic for the prisoner and the situation he has found himself in. Will he break under the pressure, or will he endure? That is a question that director Matt Sanders does a beautiful job of building up, using edge of your seat suspense and drama.

“This is an emotionally charged short film that will leave a lot of people speechless. Thanks to the exceptional performance that Josh (Kelly) put on, as well as the creative genius of both director Matt Sanders and the director of photography Chris Koser, we have something here that will send shockwaves through the audience, “ said executive producer Marty Skovlund, Jr.

The film was funded in large part by GallantFew, Inc, which is a 501c3 non-profit organization focused on veteran transition issues to include suicide, joblessness and homelessness, among others. The organization, lead by Maj. (Ret.) Karl Monger, hopes that the film will be able to draw attention to some of the reintegration issues that many veterans face upon separation from the service or return from combat duty.

As of the time of this article, the film is in post-production with an anticipated internet release on Veterans Day (November 11th, 2015) but is expected to screen at a variety of film festivals before then.