HomeCultureNo One Likes Being a “Has Been” 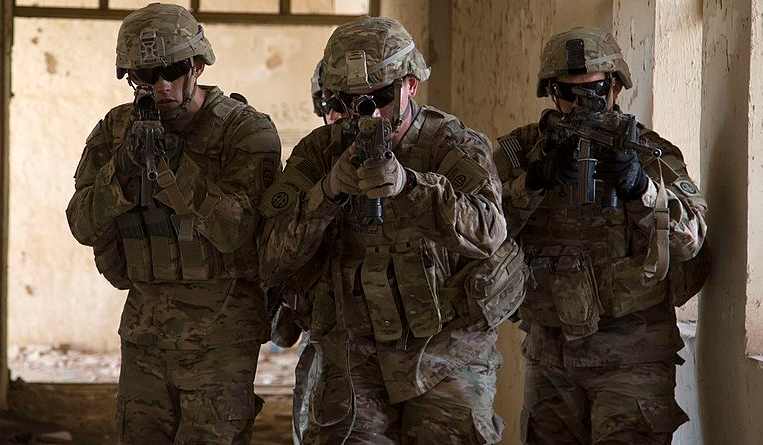 “I Was.” Depending on what your profession was these can be the two saddest words in the English language. No one likes being a “has been.” For those who served their country, this is especially true. When the glory days of riding in helicopters, shooting belt-fed weapons, and facing deadly threats are in the past, we feel diminished. For some, being an, “I was” is intolerable, no doubt a major contributor to the seemingly endless series of Veteran suicides that occur every day. Identifying with a uniform, a patch, or a particular type of headgear only to have to hang it up, can be unbearable.

Some can cope a little better with this by saying, ‘I’m a”, as in, “I’m a Marine (or, SEAL, Ranger, Green Beret).”  Regardless, this is something we were in the past, not the present.

One time I was in the locker room at work, getting dressed to begin my shift. The janitor was in there cleaning up. My partner, a USMC vet, struck up a conversation with him regarding their shared service in the Corps. The janitor talked of how he loved to shine his boots, using water, cotton balls, and Kiwi to turn them into mirrors. As we walked out to go to a briefing he was still in there, alone. He was looking longingly at the work boots he was wearing, dreaming of better days when he shined them to perfection, when he looked, “Strac” and “Squared Away” in his “Boots and Utes.” Now, his job was to clean up after a bunch of sloppy cops who can’t even rinse a sink after they shave. I was…

We tend to look back at military time through a romantic lens. We remember the fun stuff, rappelling from aircraft, and weekend debauchery at local bars. We forget the rest. Standing in formation, cleaning weapons and latrines, pointless briefings, endless days, homesickness, being treated like a moron, and so on… It’s rearview mirror fun, fun as you look back on it, but not necessarily fun as you experienced it.

I miss the cheesy things, like wearing my uniform to church on Christmas Eve. I’d leave Ft Bragg on a four-day pass, jump in my truck after final formation and blast home to New England. I’d travel in BDUs to try to curry favor from any State Trooper who might stop me for speeding. On Christmas Eve I’d throw on my Class A’s and, like the janitor, would shine my jump boots to perfection. In my hometown, it’s a tradition for service personnel to go to Mass in dress uniform.

Despite deciding to permanently break contact with the service, I joined the National Guard less than six months after I left active duty. I went back in for a lot of reasons. For one, I had moved to California and was so broke, I needed some cash. Mainly though, I needed to be part of something again, something bigger than me. I didn’t want to be an, “I Was” anymore. Plus, Christmas was coming up.

We miss being part of something bigger than ourselves, identifying with an elite organization. Being part of the “In Group” and not fearing that we don’t know what we’ll do or who we are, once it all fades away. For many it is the fear of monotony… a bland, boring life where every day is pretty much the same and the most dangerous thing you face is rush hour traffic.

There’s a great scene in the movie, “Hurt Locker” where the main character returns home from Iraq. He is in a supermarket, shopping for his family. The utter banality of the scene stands in direct contradiction to his time in combat. It’s depressing to watch the EOD guy, fresh from dismantling bombs in a combat zone, is now stuck doing the shopping.  The next scene shows him back in Iraq, having returned to avoid the sedentary home life.

For most vets though, eternally strolling down aisle five, picking out cereal, is the reality. I was in Iraq, now I’m in Safeway.

We should take comfort in the fact that we have, “been there” and that we have, “done that.” Think of your non-vet friends. The ones who never served. They’ve never experienced real fear, the kind that makes you sick to your stomach. They’ve never felt a superhuman spike of adrenaline flow through their body during a life or death situation. Arguably this is the most addictive drug out there, once you’ve felt it, you want more of it! Seeing life transition to death in real-time, up close and personal.

So, what happens when the music stops is, to a certain extent, up to us. We should embrace our past, but know if we can’t let go of it, that it will consume us. Don’t let your finest hour become your greatest burden. Find something to fill the void it left, understanding that nothing can completely replace it.

You can be an, “I was” as long as you are always an, “I am” in some way in your life. Embrace your past, but don’t let the embrace strangle you.

This first appeared in The Havok Journal on November 20, 2018.