HomeCultureWhy So Much Hate for Nazis While Socialists and Communists Get a Pass? 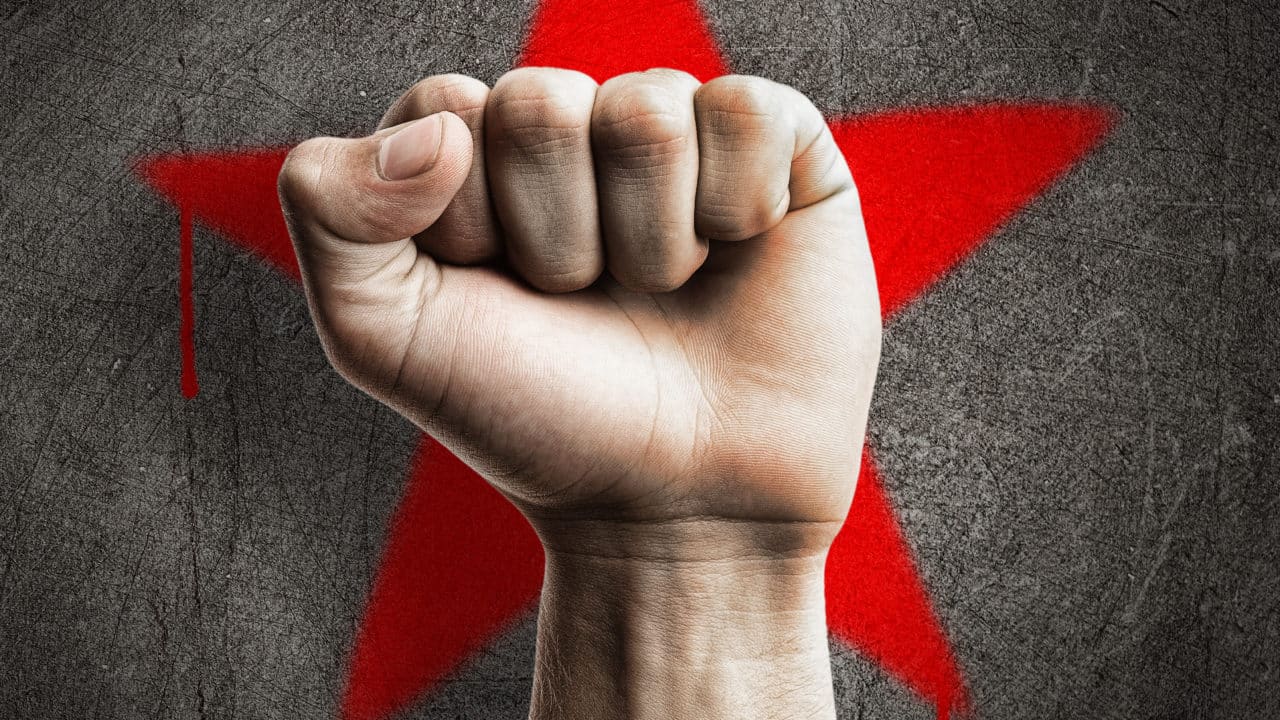 This article first appeared in The Havok Journal on August 22, 2017. Has anything changed today?

Who is the greatest mass murderer in history and the personification of political evil? Everyone knows it’s Hitler, man! …or is it?  Read on, friends.

As we’ve seen from media coverage lately, hating Nazis is pretty popular. Rightfully so, I say, given what they are and what they stand for. But why—and hear me out on this—is there so much more hate for Nazis than there is for self-avowed communists, Marxists, or socialists? It seems rather disproportionate to me. Based on the title of the article, I’m sure a lot of people are ready to jump on me for defending Nazis or some sort of false equivocation. Rest assured before we get started that I have no love for fascism, Nazis, neo-Nazis, skinheads, or anything remotely related to such groups.

There will be no defense offered for any said groups here.

Rather, my intent is to openly question why, exactly, there is such a visceral reaction against that particular ideology while certain others receive a collective response of…meh. We appear to be living in a time when selective outrage has reached a boiling point and is worth examining for the sake of all our sanity. Consider, if you will, the phenomenon of Bernie Sanders. Sure, I’ve beat up on him quite a bit in my writings over the years, but let’s take a serious look at this for a moment. In the 2016 Presidential Primaries, well over 1 million people under the age of 30 voted for the self-described “democratic socialist.” Point of fact, by the time the primaries were over, Sanders won more votes from those under 30 than Clinton and Trump combined.

During that same time, a poll of that same age demographic (not just those who voted for Sanders) showed a “favorable” rating for socialism above others as an ideology. The Young Democratic Socialists (YDS) boasts of having 20 chapters across the country under the banner of a Democratic Socialists of America, a national organization with over 25,000 members.

Outright communism, while not as hip and cool as socialism, is still present and lurking, sometimes in rather subversive ways. The Communist Party USA only claims 5,000 members, but one study showed that The Communist Manifesto is one of the most assigned books on college campuses today, and is far and away the most assigned economics book in higher academia. The “mainstreaming of Marxism on college campuses” has been noted for quite some time, as anyone who has spent any time in one of our institutions of “higher learning” can attest. And one Rasmussen poll indicated that 11% of Americans believe that communism is a preferable system of government.

In the lands of our not-so-distant cousin, Great Britain, their Labour Party is over 500,000 strong. While some might blanch at the idea that the party is fully communist, there is little doubt that they are every bit as socialist as Bernie Sanders (probably more so, given the political climate there). The historical positions they have taken show far more than just a leaning to the left end of the political spectrum.

The intent thus far is simply to show that far-left ideologies have considerable popularity. While certainly not majority views, when we look at the numbers, there are significant portions of western civilization who subscribe to socialism and its related doctrines. But the bigger question I want to address is the one in the title—with all the hate for Nazis, why is there so little outcry against socialism, communism, Marxism, etc.?

Another way of asking this question goes like this: from the time of the Russian Revolution in 1917 through Mao’s “Great Leap Forward” in 1958-1962, socialism as an ideology resulted in the deaths of somewhere around 100 million people in those two countries. Those four years in China alone accounted for 55 million people dead. So where is the public outrage against any form of socialism? Rest assured, these millions upon millions of people died as a direct result of socialist policies. These atrocities didn’t take place because they “just didn’t do socialism right” or some other excuse. No, they happened because that’s exactly how socialism ultimately works and where it logically leads.

Remember that question at the outset of the article? The answer is that Stalin and Mao each killed at least three times the number of their own people as did Hitler, despite the latter’s prominence in public discourse as being the personification of political evil.

So why does the American public lose its collective mind when self-proclaimed Nazis stage a protest while there’s a collective apathy about self-proclaimed socialists running for President of the United States? Why does the media collectively cover every anti-Nazi story it can while giving a silent pass to all the proto-communists we have lurking on college campuses? Or do you think a story like this one in the New York Times would fly if the term “socialism” in the title was changed to “fascism”? Or what if Bernie Sanders called himself a “Democratic Fascist,” would that collect a similar response to what he currently receives?

I think we all know the answer to that question.

It is worth noting—simply because I’m sure it will come up in the comment section if I do not address it here—that at no point am I defending Nazis or fascism as an ideology. Point of fact, I decry those for the same reason I denounce communism, socialism, and Marxism—because they are a poison of society and, if I may be so bold, demonic. The death toll and suffering resulting from these ideologies is undeniable.

But as a social phenomenon, we are witnessing something rather profound. Our collective voices are becoming dangerously selective in their outrage, ignoring one tremendously large evil in favor of another instead of recognizing both for what they are. In the process of this, we are conditioning our youth and the less educated among us to passively accept some things while violently denouncing others, despite the similarities between them that become immediately apparent with even the slightest study. We are teaching the most impressionable members of our society that “this is the most horrible thing on the planet, but this really isn’t that big of a deal” and completely ignoring recent history by doing so.

And you know what they say about those who ignore history.

We have current, real-time examples of the horrors of socialism in places like Venezuela and North Korea, just to name two. One only needs to do about ten minutes of internet searches on both of those places to grasp the levels of evil being enacted on the citizens by their own governments. Venezuela, specifically, offers a prime example for any out there who believe I am overstating my case with the theme of this article. As recently as 2011, Bernie Sanders was championing the South American country as being closer to “the American dream” than America herself. In 2013, some of Bernie’s top people were heralding Venezuela as nothing short of miraculous.

Now just imagine for a moment what the collective reaction would be if any of these people had “fascism” in their preferred ideology or if the dictators they praised were referred to as Nazis rather than socialists, communists, or Marxists. Would they still field a presidential candidate that nearly got a major party nomination? Again, at no point here am I excusing fascism or Nazis, nor am I making apology for them. They subscribe to a disgusting and twisted view of humanity that has resulted in tremendous bloodshed—and, sadly, probably will again.

The intent, rather, is to broaden the spotlight of outrage. It makes little sense for our public square to be awash with animosity for one dangerous ideology but not another. I fully realize that hypocrisy is a normal part of our lives, but that doesn’t mean it should be accepted. In this instance, especially, it should be combated at every turn.