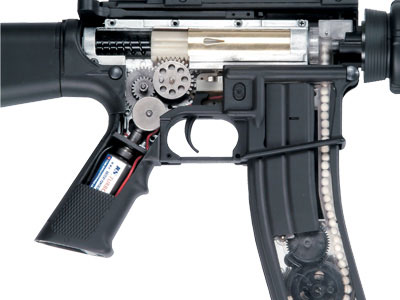 This first appeared in The Havok Journal on September 10, 2014.

Airsoft:  it’s the latest craze among many here in the land of the free. Through Airsoft, people go out and play weekend warrior, hone some skills, bond, talk shit, etc.   In and of itself, Airsoft is a great thing. But, Airsofters, ie. those who use the tool and play the game, are beginning to take things a bit too far.

For those not familiar with Airsoft, this is what Wikipedia explains (holy shit, I am using Wikipedia as a reference, kill me now!): 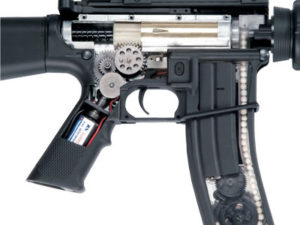 Airsoft is a sport in which participants eliminate opponents by hitting each other with spherical non-metallic pellets launched via replica firearms called Airsoft guns. Gameplay varies in style and composition but often range from short-term skirmishes, organized scenarios, C.Q.B., field, military simulations (MilSim), or historical reenactments and indoor airsoft fields.[1] Combat situations on the battlefield may involve the use of military tactics to achieve objectives set in each game. Participants may attempt to emulate the tactical equipment and accessories used by modern military and police organizations.”—(Wikipedia)

Several military units use Airsoft or a similar variant to assist in a training simulation. So do many law enforcement organizations. As mentioned, it’s a great tool especially for the professionals who may incorporate it into their training programs.

Here is the issue though many Veterans have with Airsoft—people (children and adults) portraying themselves as a person they are not–which at times, for many, has potential to cross lines from playtime to outright posing.

Admittedly, when paintball first came to light back in the early ’90s, there were times when I played the game. Even before paintball, I remember going into the woods and playing war with plastic guns that didn’t fire anything but caps, simulating the crack of a weapon expending a round into the air.

During my childhood, I owned several pairs of Battle Dress Uniforms (BDUs), and trust me, I owned all sorts of different variants to the BDU ranging from winter styles to even tiger stripes. But, never once did I ever put any rank or medal on those uniforms. Shoot, I didn’t even put name tapes on them. Why? Because I wasn’t in the military and had way too much respect for those I aspired to one day become.

Both my grandfathers served in World War II. I had a lot of their old medals and even certain uniform items of theirs. But again, never once did I ever wear THEIR military items—they were and still are just way too sacred (and yes, I do not use the word “sacred” lightly here). Simply put, respect, admiration, and honor overrode fakeness.

I have seen more and more Airsoft warrior wannabes on social media. There are even Facebook groups created that are filled with Airsofters portraying themselves as special operators. And they are getting called out time and again per their profile pictures and horrific articulation about fake units they claim to be a part of.
Now, let me be first to say that most veterans are incredibly understanding and appreciative of our youth honing some tactical skills. We are appreciative of their desires to one day fill the shoes of our own brothers-in-arms, our heroes, etc. We are also incredibly understanding and more than likely, at one time in our lives, have even played a similar war simulation exercise.  We did things with much more understanding, respect, and praise toward the real warrior class.

But there is a distinct difference between re-enacting and fraudulent representation.  There’s a line between imagination and imitation; between pretending and posing; Veterans know well where this line falls; many Airsofters apparently do not. More importantly, neither does the American public, who see Airsofters dressed in their convincing-looking regalia and assume that they are legit members of the military.

Back in the days of my youth, before I actually joined the military, we never created fake units like SEAL Team XIV, DELTACAGEAGLESCOUT, BORTACHRT1, etc. No, we had much more imagination and created completely fake countries, off the wall fake military units that had absolutely zero resemblance to those that truly do exist, and ensured real military medals would only be worn by our nation’s truest of heroes be it military or law enforcement.

Do not assume this is an anti-Airsoft piece because it is not. In fact, I encourage any aspiring young warrior to take up the game and yes, even work alongside some real American badasses who can teach you a thing or two. But do it in a polite, courteous, and respectful manner. Wearing rank, military unit patches, and medals is wrong when you never earned them, especially when it’s done in a manner that makes others think that you are a legit member of an elite military unit. Just wait your time, volunteer to really serve, then work your ass off and earn that which a select few have truly earned.  That which is earned, and not given or bought from an online store, is the mark of a true warrior.