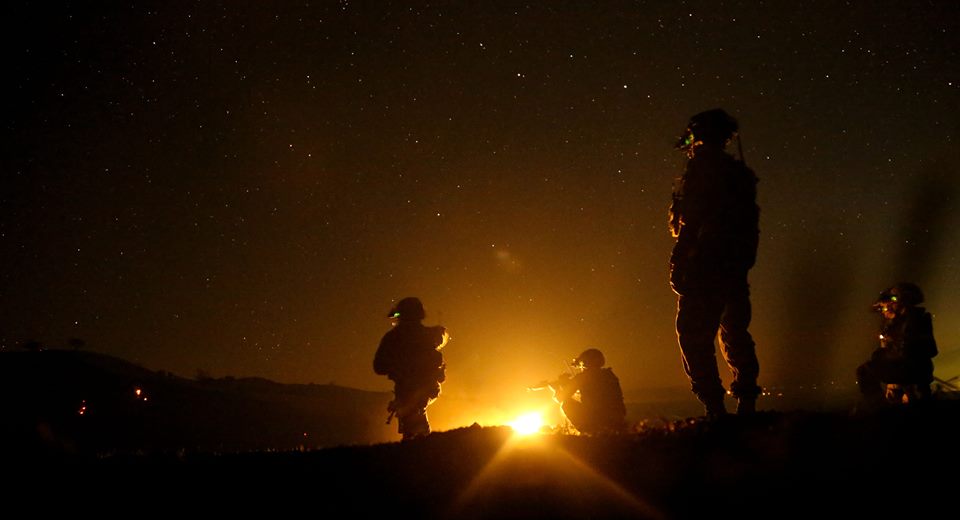 I must admit that it was incredibly difficult at times to sit in a classroom with spoiled, whiney, entitled little brats that had never known true hardship who would persistently try to give “educated” opinions. For the most part, though, I bit my tongue and took solace in the fact that I knew that I could beat them. I decided that I was going to take the fight to them and beat them on their own turf, and I did. I didn’t gloat however when grades came out and I had scored heads and shoulders higher than them. I remained a silent professional and celebrated my successes with only my wife and family.

After realizing that I was good at school and that I absolutely loved learning about the intricacies of the human body, I decided I’d go ahead and look into going to Physical Therapy school after I graduated. Physical Therapy school is incredibly competitive and in order to stand a chance of getting in, I had to do some shadowing. I ended up spending a very limited amount of time at a local physical therapy clinic doing observations and realized that I was absolutely bored out of my mind! Fortunately, at the time I had an anatomy professor, a former Pediatrician, who would give clinical examples of how what we were learning was relevant in a hospital setting. It was seriously some of the coolest stuff I had heard about since learning basic combat medicine from the super studs that call themselves Ranger medics. I had a great deal of thinking to do.

After researching my options and doing a lot of soul searching, I came out wanting more than anything to be a physician. All of a sudden the guy who got out of the Army never wanting to ever go to college, wanted to go to medical school. In order to make this long story just a little bit shorter, I applied to medical school, was accepted and, as of the writing of this article, am very close to wrapping up my first year of medical school. I tell you all of this not in a vainglorious attempt at stroking my own ego, but to illustrate how my path ended up being nowhere near where I expected it to be.

I know for a fact that the American dream that we fought to preserve is not dead, because I’m living it. The intangibles that Veterans gain in the military may not show up on a resume directly, but they can reveal themselves in other ways. All you have to do is find a place to start and apply those intangibles. If you don’t know where to start, try college. The Post 9/11 GI Bill makes it too easy to check it out and see if you like it. I started in college and my work ethic, discipline, and dedication to excellence showed up on my transcripts as a Grade Point Average. It also showed up on my recommendation letters as glowing reviews from professors on top of the ones from old squad leaders.

I can’t tell you exactly what you should do but if you haven’t found your path yet, I will tell you that you have to actively search for it if you’re ever going to find it. Contrary to popular opinion, this country still has a great many things to offer. I know a number of veterans who, like me, are training to be doctors while others are taking the entrepreneurial route.

I know a couple of guys who have gotten into politics, I know a handful of professional fighters, and I know at least one guy who has been very successful playing in open poker tournaments. The point is to get out, get involved, try new things, find something you love, and dedicate yourself to excellence in everything that you do. Once you get that part taken care of, start working on something that is much bigger than you are because nothing rekindles a sense of purpose quite like service to a greater cause.

This is still America and you still have options and opportunities; opportunities, might I add, that the general population doesn’t seem to be taking full advantage of. Thomas Edison once eloquently stated, “Opportunity is missed by most people because it is dressed in overalls and looks like work.”2 In my experiences the general populace seems to be much more content with whining about how bitterly unfair their lives have been rather than doing something about it. By doing so they are leaving the best meat on the table for us to take because we know the value of hard work.

It’s time for us to use the life lessons we learned in the military and take charge of this great nation that we so ardently defended. Our grandfathers came back from World War II and led this country into the greatest period of prosperity in our history. What is stopping us from doing the very same thing? We are a breed of people who answered when duty called and were willing to sacrifice our lives for the ideal that is America. Some of our brothers and sisters made that ultimate sacrifice and I believe that the best way to honor them is to make our world a better place in their absence. Every day, I have to ask myself, “Why was I chosen to live, when better men than myself died? Am I worth dying for? Am I making a big enough impact on this world to ensure that my brothers’ blood was not spilled in vain?” I have since come to the conclusion that it is my duty to live the life that they were not allotted, and I am therefore charged to carry on in their stead. In so doing I have found my path, my purpose, and my peace. I challenge you to do likewise and sincerely hope for nothing less than that for any and all of you.

If you are reading this and are contemplating taking your own life, I implore you to hold on for just a little bit longer. Please reach out to someone, anyone, before you make a decision that you can’t take back. Even if you feel like you have no one to call, I assure you that you do. The VA has programs in place specifically for you, but there are also numerous privately operated, Veteran run organizations that will take your call as well. Please don’t resort to a permanent solution to a temporary problem. It may take some time but life can get better. I can say that with confidence because it did for me.