HomeCultureMilitary“The Scroll of Truth”: Having a Tab Doesn’t Make You a Ranger 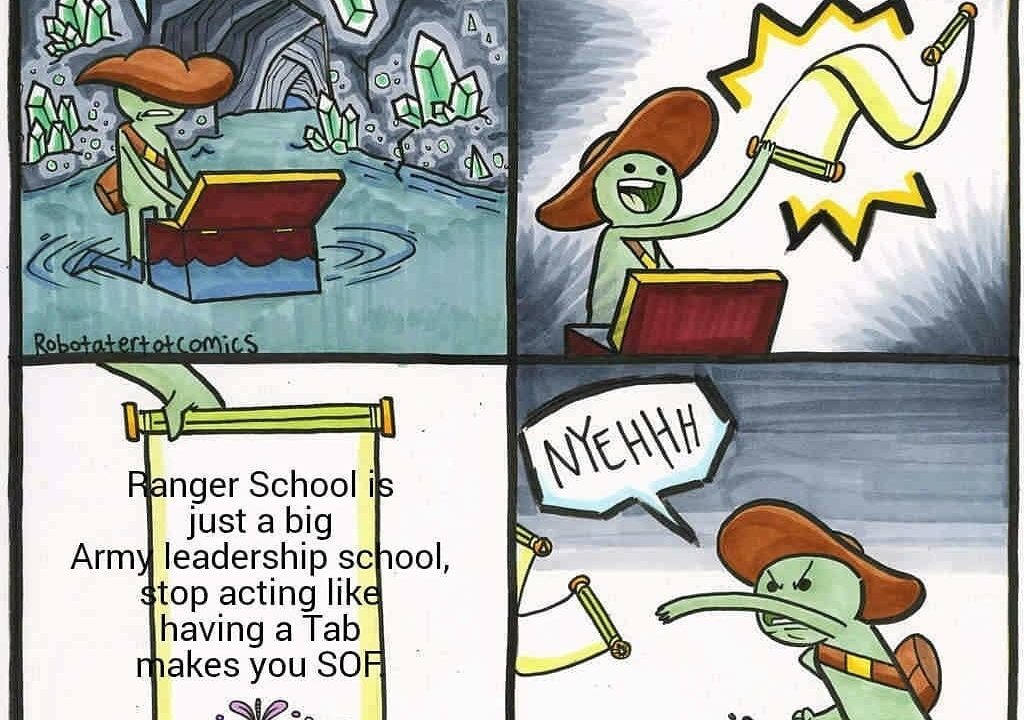 “The Scroll of Truth”: Having a Tab Doesn’t Make You a Ranger

In short, you can have a Ranger Tab and never serve in the Ranger Regiment, or vice versa.  Or you can be both.  But the thing that “makes you a Ranger” in the modern US military is service in the 75th Ranger Regiment.

As the name implies, Ranger School is a training environment.  The 75th Ranger Regiment is a Special Operations unit, and one of the most-deployed units in the War on Terror and other worldwide contingency operations.  Successful completion of Ranger School earns one a “tab,” but a “scroll” is earned by securing an assignment to the Regiment.  That’s why you’ll sometimes hear people talk about “tabbed Rangers” versus “scrolled Rangers.”

Sorry everyone, having a Ranger Tab means you went to a school that qualified you to wear a Ranger Tab, it doesn’t make you a Ranger.  You have to serve in the Rangre Regiment to be a modern Ranger. 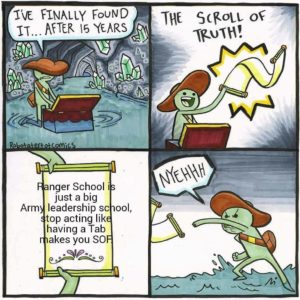