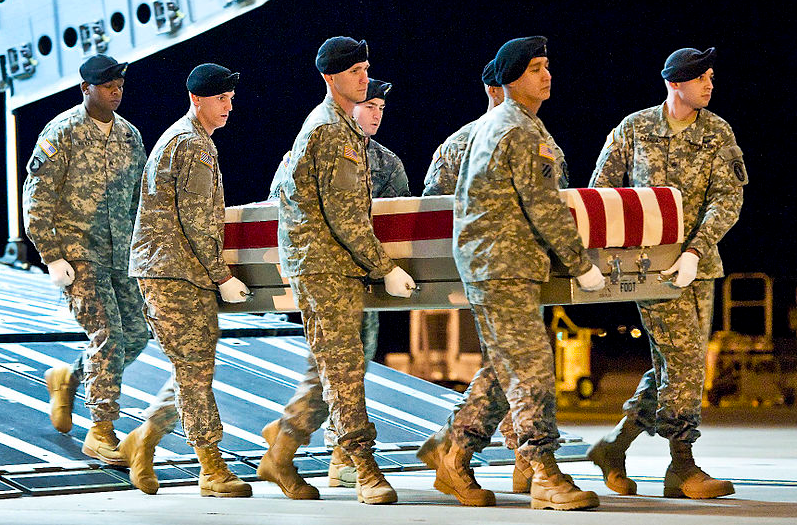 I was but maybe a month or two old, not truly but in war we are reborn. A newborn thrust into this world, cold and alone.

I was riding that high, losing my virginity of war and loving its sex appeal. Hoping to feel it’s warm sensual embrace day after day enriching my manhood.

Being a mere child I had no clue what we had to do next. The pain and hate that would fester in my soul, rotting it from its once loving core.

Rehearsal after rehearsal in minutes which stretched as far as time could hold. The Humvees pull up and we can see you. Draped in a flag with no face just a name and an idea of who you used to be.

We never met you and we will never know you. Yet we carry you, at least I know I do, as of you meant more to me than some people I actually knew. We carry you into the back of this cargo bay with nothing but green lights to see our way through.

An angel flight, my first and not my last that I had the misfortune of being a part of. A ramp seared into my thoughts as we rendered our final salute. A man, a warrior, a son, a father, a brother, finally going home.

This first appeared in The Havok Journal on September 14, 2021.