HomeCultureMilitaryTalent Management in the Army: General Eisenhower and the “Ducks” That Picked Him 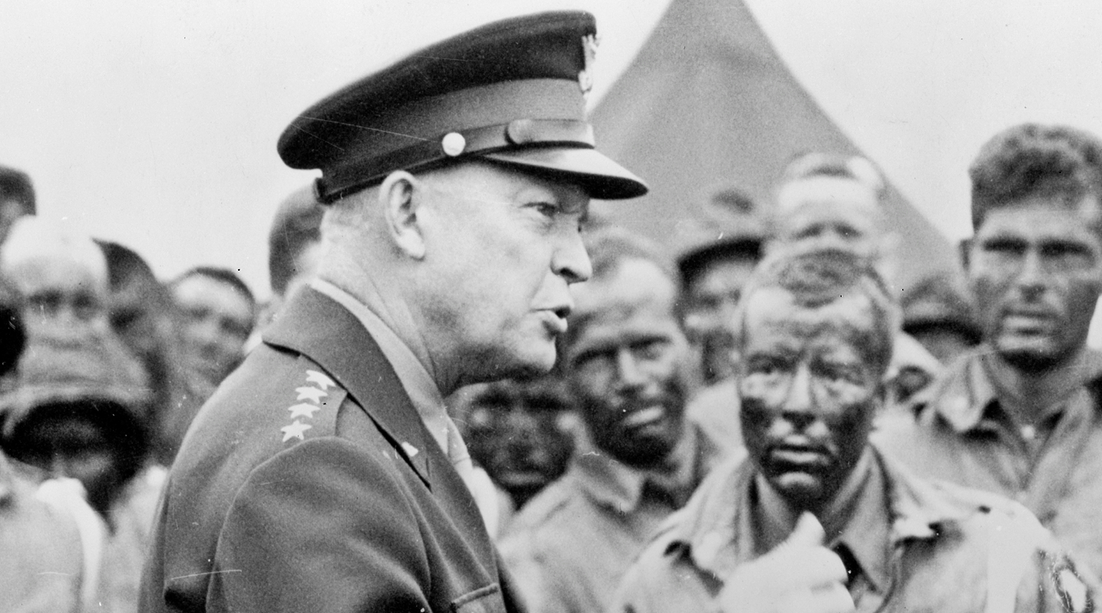 Talent management in the Army prioritizes getting the best out of its personnel by enabling them to be highly productive so they can produce the best value for the organization. It involves a demand-driven approach to exhausting and enhancing the capabilities possessed by personnel. This helps determine the direction of their careers as they move towards higher ranks, with the help of more senior officers and NCOs that serve as their mentors in their ascent to the Army’s priority positions.

The most capable talent managers have both the ability to spot talent among personnel and the knowledge to put them to significant use. This is particularly apparent in selection boards and the assignment process, where the tendency of “ducks picking ducks” has been observed as an entrenched practice. Under this premise, senior talent managers tend to pick personnel whose backgrounds and experiences resonate with theirs as part of their approaches to executing strategies for determining promotion. Simply put, the notion of “ducks picking ducks” emanates from the demand-driven nature of talent management in the Army.

The military career of General and President Dwight Eisenhower reflects the truth behind the “ducks pick ducks” adage in talent management within the Army. An understudy to some of the finest American military leaders, Eisenhower primed his leadership capabilities through multiple “chief of staff” assignments that primed his expertise in strategic planning and organizational work within the Army.

Those experiences eventually paved the way for Eisenhower’s rise to becoming the Chief of Staff of the Army, albeit without the characteristic forthrightness one would expect of a typical promotion story. In fact, many of those experiences were what Eisenhower himself had described as “run-of-the-mill,” which led him to lament what he viewed as missed opportunities throughout his career. Yet, Eisenhower’s unrelenting manner of dealing with tasks, along with the valuable assistance of like-minded mentors, most notably Generals Fox Conner, John Pershing, Douglas MacArthur, and George Marshall, contributed to building his remarkable leadership story.

Working with Conner, Pershing, MacArthur, and Marshall allowed Eisenhower to develop crucial leadership roles that empowered him as he rose in rank. Eisenhower, for all his reputation as an astute leader, did not progress in a straightforward manner, given his 16-year lull as a major throughout much of his 30s. A promising early-career stint as a tank commander as a lieutenant colonel provided the groundwork for Eisenhower’s growth as a leader skilled in handling logistics, complex problems, and people of varying attitudes.

This had been made possible by the variety of experiences imparted by the three generals that served as Eisenhower’s mentors. Under Conner’s tutelage, Eisenhower immersed himself in the classics of military history and strategy and emerged at the top of his class at the Command and General Staff School along the way. Eisenhower’s rotation across tours of duty in Panama, France under Pershing, and the Philippines under MacArthur – all vastly different from one another – further sharpened his leadership resolve. These experiences caught Marshall’s attention. His eye for talent perhaps spotted Eisenhower’s formation as a reflection of his own stellar career, as Chief of Staff of the Army, organizing the U.S. military’s largest expansion during the Second World War.

Eisenhower’s career trajectory thoroughly demonstrated how talent management in the Army is best determined by the demands levied upon officers. Although Eisenhower’s rise to CSA appeared to be filled with diversions, his determination in handling every unique assignment with utmost dedication sharpened his decisiveness and problem-solving skills. One may argue that the context within which Eisenhower’s career flourished – that of the rise of modern America in the 20th century amid the two World Wars – further primed him for greatness.

More importantly, it was Eisenhower’s tutelage under Conner, Pershing, MacArthur, and Marshall that influenced his leadership story. Their guidance helped form the philosophical and strategic foundations of Eisenhower’s approaches as a distinguished military leader. Henceforth, his stature as among the Army’s finest products of its talent management approach.

Overall, the ducks pick ducks observation finds a strong example in the form of Eisenhower’s exceptional rise to Army leadership. However devious the path Eisenhower’s career trajectory appeared on the surface, his time spent under the Army’s most decorated and brilliant leaders enabled him to realize his full potential. Some personnel may lament the mundanity of certain assignments, but it was Eisenhower’s commitment to facing them that allowed him to emulate his mentors and even exceed them in some ways. A successful Army career is not planned out through sticking to a carefully constructed plan, but through steadfastness, as guided by sound talent management principles under highly capable and transformational mentors, in vigorously confronting the challenges encountered along the way.

Major Robert “Bobby” Ali is currently serving as an Interagency Fellow with the Department of Labor. He holds a M.A. from Webster University, M.A. from Liberty University, and an M.A. from the Naval War College. During his career, Major Ali has served within the 1st Infantry Division, 2nd Stryker Cavalry Regiment, the 10th Mountain Division, 7th Signal Command, 8th Theater Support Command, and most recently served as the CSL Program Manager at the Human Resources Command.