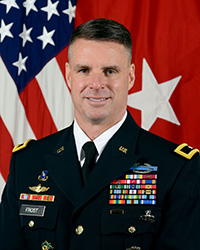 Many people have weighed in recently on the controversy surrounding the circumstances of the first two female graduates of Ranger School.  From Army Ranger veterans to members of Congress, a lot of people are asking a lot of questions.  Were standards lowered?  Were women given special privileges?  Is there an ongoing cover up?  Are these women Rangers legit?

One of the most recent voices raised in question comes from Congressman Steve Russell (R-OK) who is conducting an official investigation into the matter.  His inquiry has earned him the unflattering moniker of “Ranger truther” and spurred requests from angry female West Point grads for his own Ranger School records.   Additionally, Susan Keating, a writer for People Magazine, has been doing some digging herself.  She came out swinging in an article provocatively titled,  “Was It Fixed? Army General Told Subordinates: ‘A Woman Will Graduate Ranger School,’ Sources Say.”

In this article, Ms. Keating alleges that unnamed sources revealed to her that female Ranger candidates “got special treatment from the start,” including special training (and retraining) not available to the average male candidate.  She also raised the possibility of undue command influence on the part of Major General Scott Miller, the highly respected former commander of Delta Force and current commander of the Fort Benning Maneuver Center of Excellence, the higher headquarters of Ranger School.  That’s  a pretty serious (and as yet, unsubstantiated) allegation.

For his part, Major General Malcolm Frost, the Chief of Public Affairs for the US Army (and a Ranger qualified officer), isn’t having it.  He unloaded on Ms. Keating in an epic verbal beat-down that seemed at times to even turn a little personal.  Posted on the Army’s official Facebook page, General Frost begins by taking Ms. Keating to task for her “attack on the integrity of the United States Army” and ends by stating that “Ms. Keating has failed PEOPLE magazine, its readers, and, quite frankly, every man – or woman – who has ever earned the coveted Ranger tab.”

I have no opinion one way or another on the situation.  I think the two women who graduated definitely earned their tabs, but at the same time, it might be good to let the investigation play out to silence critics and “truthers’ once and for all.   In the meantime, below is General Frost’s exact verbiage taken straight from the Army’s Facebook page.  All I’ve got to say in conclusion is that the Army must be really, really sure that everything is on the level for the Chief of Public Affairs himself to come out swinging like this.

The latest attack on the integrity of the United States Army by PEOPLE magazine’s Susan Keating is more than inaccurate, it is pure fiction.

Ms. Keating continues to question the tremendous achievement of the first two women to pass the Army’s elite Ranger School. In her latest article, she makes a number of very serious allegations, which are flat out wrong.

She claimed that women were allowed to repeat a Ranger training class until they passed, while men were held to a strict pass/fail standard. That is false. She charged that women regularly practiced on Ranger School’s land navigation course while men saw it for the first time when they went to the school. Again, false. She accused an Army general of calling female candidates together to tell them they could not quit the course. Yet again, false.

There are so many errors and falsehoods that it may be better to cite two snippets that actually had a modicum of truth. Yes, Maj. Gen. Miller did personally observe this Ranger course – as he has every Ranger course since assuming command. That’s his job; but while he may view or even participate in training events, he has never graded or influenced the grade of a Ranger patrol.

It’s also true that the women were in their own platoon prior to attending the Ranger course. This occurred as part of routine continuing education and training in preparation for Ranger School. But this was much the same as what male infantry officers do between completing the infantry officer basic course – which female students cannot take – and the start of Ranger School. Quite frankly, that actually placed them at tremendous disadvantage, since they were not with a unit that trains nearly every day on many of the same challenges and obstacles faced by most Ranger students.

Ms. Keating has requested to interview dozens, if not hundreds, of individuals associated with Army Ranger training. The only person she has not asked to interview is its commander, Maj. Gen. Miller. And it was Maj. Gen. Miller who briefed and planned for the possibility that no women would pass Ranger School; he neither guaranteed nor promised their success.

Celebrity gossip may not require fact-checking, fairness or objectivity, but serious journalism does. On that count Ms. Keating has failed PEOPLE magazine, its readers, and, quite frankly, every man – or woman – who has ever earned the coveted Ranger tab.