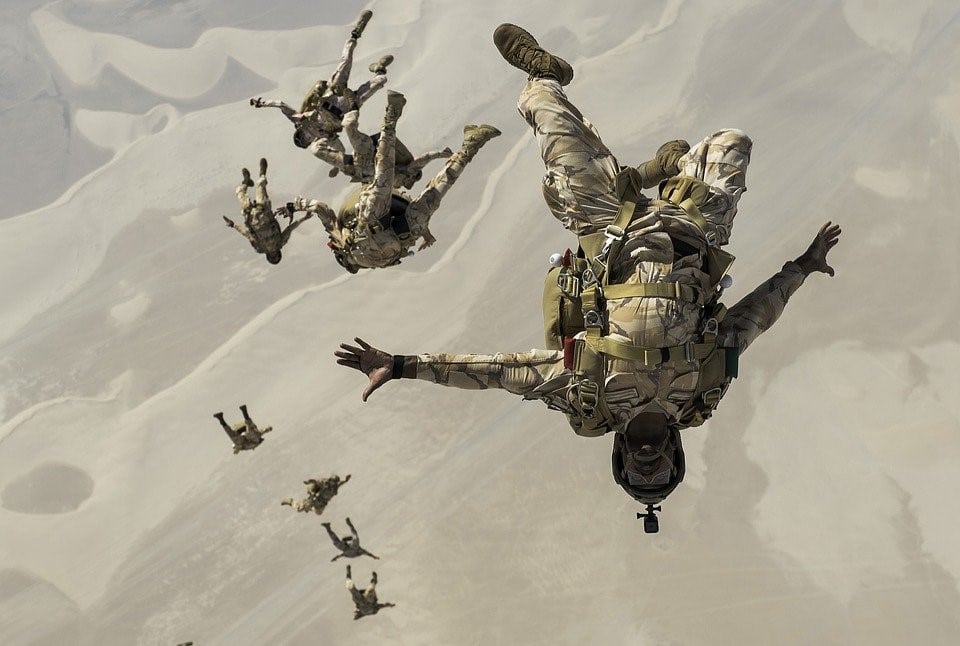 This article is republished with permission of the 24th Special Operations Wing Public Affairs Office.

Watch full recording of the ceremony on our Facebook Page @AFSpecialTactics

Master Sgt. John Grimesey, a Special Tactics combat controller with the 21st Special Tactics Squadron, 24th Special Operations Wing, was recognized for his efforts in Afghanistan in 2013. He not only saved the life of a fellow special operations troop, but called in multiple airstrikes while being under attack by the enemy.

It was supposed to be a routine mission. Then again, no mission in Afghanistan in 2013 was “routine.” The objective was to clear and secure a village in Ghazni Provence to establish local Afghan police presence without the threat of opposition forces. Grimesey and his team partnered with the local Afghan police and together they set out to clear the area. Until one of the teams encountered a large band of Taliban fighters.

“Our Afghan team got separated and started to take on enemy fire,” said Grimesey. “Myself and an Army Special Forces Solider maneuvered to provide assistance and quickly found ourselves engaged with the Taliban.”

When Grimesey peered around the wall to gain situational awareness, he noticed the wounded and dead Afghan police officers, to include the police chief. It was then Grimesey was struck by a rocket propelled grenade. “I remember the ringing in my ears,” recalled Grimesey. “I knew I was concussed from the blast because of the ringing, my vision was blurry and I was fatigued.”

Despite suffering a concussion and shrapnel wounds, Grimesey was able to drag his Army Special Forces teammate away from the immediate danger zone and assess the situation. “I snapped into a problem solving mode,” he said. “The situation was dire and the only way to solve it was to rely on my extensive training and attempt to break down the large problem into small chunks. I had to prioritize with what I was being faced with.”

The Special Tactics combat controller was able to call in additional support from other Army Special Forces units, and from aircraft for close-air-support; all the while engaging in a fire fight with opposition forces. “Eventually we were able to gain control and eliminate the Taliban resistance while also finishing the mission to secure the village,” he said.

Grimesey said it was later discovered there was a Taliban training team who had made their way to the village thus drastically increasing the number of fighters they encountered.

“You may not call yourself a hero Master Sgt. Grimesey, but I do,” said Slife. “Because of your actions that day, families and friends did not experience loss. The men whose lives you saved will continue to positively impact those around them creating a chain of reaction that ripples across generations.”

“I think about it every day. I even dream about it,” reflected Grimesey. “It’s an event that left an impression on me. While it was a harrowing experience, I look back with great pride and believe that my team and I were able to save lives and help ensure the security of the village.”

Grimesey’s Silver Star Medal was upgraded from an Army Achievement Medal. During the ceremony he also received the Bronze Star Medal, second oak leaf cluster with Valor for another battle in the Middle East in 2017.

As Grimesey looks ahead to start his medical retirement process, he remembers his time in the Special Tactics community fondly, “If there are any other young men and women out there looking for a community with a sense of purpose and opportunity to make a positive impact on the world at large, they don’t have to look any further than Air Force Special Tactics.”