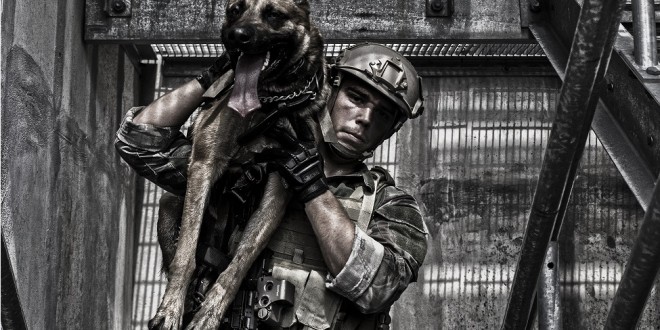 “Fox 13 Q… does that mean what I think it means?!” It was a stupid question to ask on the radio; I had just seen Q, a Special Forces Weapons Sergeant and dog handler, give Cross, a male Belgian Malinois and SOF Multi-Purpose Canine (MPC), his reward. I knew damn well what it meant. Cross had found something… something deadly… in the same spot, I had stepped on an hour earlier.

Cross and Q came to our team in the early months of 2013 while they were waiting to support another mission. Though their time with us was only a couple of months, I learned a few lessons from them. The first lesson I learned was that SOF (Special Operations Forces) MPCs fit the SOF model. They, like their SF handlers, are trained to be “Quiet Professionals.” He stood calm on patrol and he never barked. He walked into a room and he owned it. That brings us to the next lesson.

There is a notable difference between SOF MPC and conventional force military working dogs. I don’t say that as an ego-measuring contest. SOF MPCs, again like their SF handlers are specially selected, assessed, trained, and deployed for special missions. Cross stood head and shoulders above other conventional force dogs I’d worked with. On two separate patrols, conventional force dogs barked constantly, either at local Afghans or at other Afghan dogs. We weren’t attempting surprise but their racket compounded tense situations and tense people.

One young handler was trying especially hard. After our first patrol with him, I said, “If you can’t improve as a handler and control your dog’s barking, you’ll never go out on an op with us again.” His wide-eyed look told me he understood. Lesson #3: If there is a problem with the dog team, it usually isn’t the dog, it’s the handler. Okay, so maybe barking is the dog’s problem. Picking up the dog’s poop around the firebase isn’t, that is 100% the handler’s problem. Yes, I’ve worked with a handler who did not pick up after his dog. We sent him off within two weeks.

Lesson #4: Once the SOF MPC makes you family, they will protect you with their life. Q socialized Cross with us often. Cross would sit in the team room during meetings, and lie around after meals.  He got along with all of us, leaning against our legs so we could rub his coat and neck. He was a member of the ODA (Operational Detachment Alphas), a teammate, and like any good SF guy, he put his teammates before himself.

Four of us had walked in the area Cross sniffed out. Thankfully, there were no casualties… this time. Our Afghan partners and our team handled it and we moved on. That was early winter 2013.

One year later, we brought in SOF MPCs to participate in our company pre-mission training at Fort A.P. Hill, Virginia.  Q walked into the TOC, surprising me.  As we hugged and caught up, he asked, “Do you want to see Cross?” I felt like a 5-year-old who just found out he was getting a puppy for Christmas.

Cross leaped from the back of the vehicle and leaned against my legs, looking up. I hugged him tightly. As he made his way through the training lanes, I could tell he had a special bond with my old ODA. He remembered them and greeted them in a different way than he greeted others.  Cross, our teammate, remembered his family.

Marshall served nearly five years with the 3rd Special Forces Group (Airborne) after a stint with the 4th Infantry Division (Mechanized). He enjoys scotch, cigars, good books, foreign films, and critical thinking. He is passionate about international relations, domestic affairs, and successful veteran transition. He serves in the Army Reserve. Email him at mtmcgurk@gmail.com or follow him on Twitter.

This first appeared in The Havok Journal on July 3, 2017.