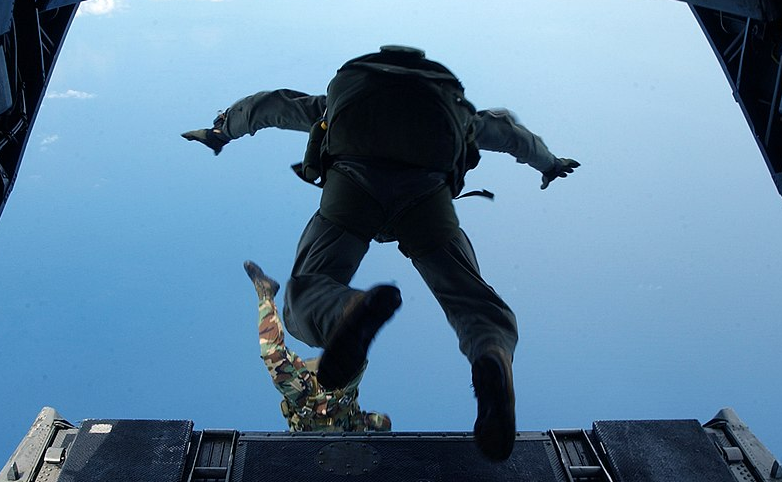 In two months, I will go on to my next and perhaps last assignment: Professor of Military Science of an ROTC program in my home state. I am very proud and grateful for the opportunity and think it will be the best assignment of my career – bringing up the next generation of Army Officers. I have thought I lot about what I will say to the Cadets, what I will try to teach them. Like everything in the Army, there is a curriculum which I am obligated to teach and that is okay but I anticipate that there will also be questions about what the Army is really like outside of the textbooks.

I have a running list of things in my journal that I wrote that are personal lessons learned. It’s a long list, but it’s been a long career. Though I served in Infantry units for most of my career (and all but one of my deployments), I am a combat support officer (except for the first five years where I was in Armor) not an Infantrymen so a lot of my lessons are reflective of that experience. I think that I may end up sharing some or all of the below:

Teach your Staff personnel how to do their job on a whiteboard, map and a legal pad first. Then add automation. You should be teaching concepts, not how to use computers.

It is better to have a culture than doctrine or processes.

Show me what a person reads (or doesn’t read), and I will tell you most everything you need to know about that person.

Most of the best Staff Officers I have met were women. Men will talk about trying harder while women actually do so.

Get a hobby if you don’t have one. Your soldiers and family will thank you.

Mechanics, Cooks and Medics are the hardest working people in the Army.

Combat Engineers. They are the Army branch I have been most impressed.

Keep your organizational days and mandatory fun, the best reward you can give your subordinates is time off.

Play sports with your subordinates. Outside of deploying and fighting, it is the best way of building camaraderie.

As a leader, you will always be busy but honestly, it all comes down to three to five actual decisions a day. If you are making more than that number, you might be micromanaging.

The greatest generation that ever served is the one you are serving in right now.

Make a decision. Plenty of battles have been won by people who made a bad call but corrected. Battles usually aren’t won by doing nothing.

There is no decision that is yours to make, outside of combat, which you can’t sleep on before making.

Unless it is illegal, immoral, unethical or ridiculously unsafe, back your subordinate’s decision even if you disagree with it.

Every one of your people has a skill that isn’t on their ORB/ERB. Know who amongst your people is a carpenter, electrician, former police officer, writer, barber, etc. Those skills may potentially be of more utility than their MOS.

There was no such thing as the ‘Old Army’…and no, things were not better ‘back in the day’.

A soldier should never pass up food, sleep, or a porcelain pot.

If I were to write a book on FOB life in Iraq/Afghanistan, I would name it, ‘Walking on Gravel’.

Ten seconds before your S2 briefs, turn off the projector, take away his slides and his notes, and then tell him to brief you. It is the only way to find out if he/she is worth a damn.

If you’re a leader, I don’t care about your PT score, how fast you are or how much you can lift. I care about all of those things of the lowest ranking soldier in your formation and what you are doing about improving it.

Terrain analysis, map reading and land navigation without electronics are skills we neglected most in the past ten years.

When you get right down to it, soldiers are more apt to tell team medics their real problems than they will Chaplains and Sergeant Majors.