HomeCultureMilitaryGoing Jack: An Australian Veteran’s Reflection on a Mate’s Suicide 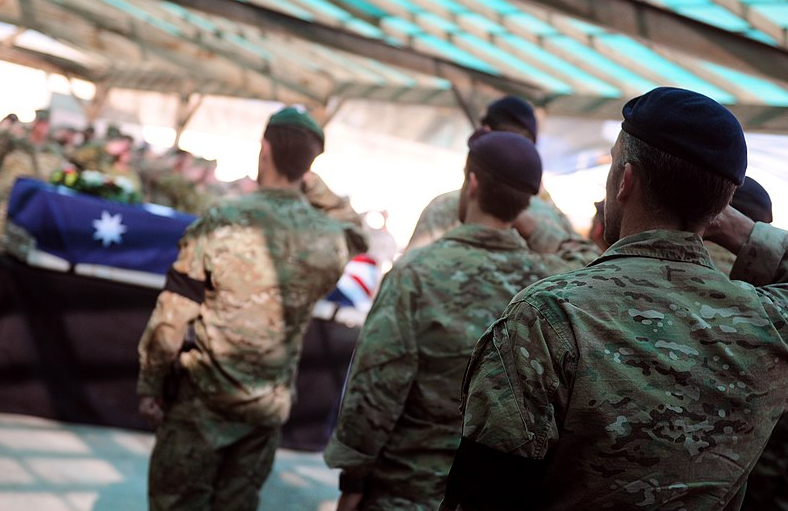 In February of this year, I along with a few hundred friends and family attended the funeral of a Soldier, a mate, at the All Saints Chapel, Holsworthy Barracks, Sydney, Australia. I first met this Soldier when I was first posted to 3 RAR (Para) in the early ’90s. 3 RAR was then a Parachute Infantry Battalion. He was the original poster boy for the battalion, literally. And we were mates.

This Soldier’s career spanned almost thirty years with an aggregate time of twenty-five of service in the Australian Army. First serving with 3 RAR (Para), then leaving the Army, and later rejoining with 4 RAR (Cdo.). Then there was another time out from the Army, on the private security contracting circuit before returning to the Special Forces in the now-renamed 2nd Commando Regiment. This Soldier was a veteran of deployments to Cambodia, East Timor, Iraq, and Afghanistan. He was a much admired and respected operator and mate. But also this Soldier was a strong family man with a loving wife and four children, and a passionate sportsman who enjoyed rugby, golf, and the outdoors.

When I first learned of the news that he died “On Service,” I was suspicious, as I believed that term when combined with few specific details, was usually a euphemism for suicide. A mutual friend confirmed my suspicions, saying ‘’it’s complete bullshit, he necked himself.’’ “Fucking hell, another one,” I said. That is the fourth veteran I knew that had ended his life by his own hand.

A funeral is normally a somber affair, and this was too, with many still coming to terms with what had happened. One mourner commented “I’m still trying to wrap my head around all of this,” which I felt accurately summed up the thoughts of many.

And yet there were many warm smiles, firm handshakes, and a few bear hugs, from old mates, with the banter, exchanging of stories, and the renewing of friendship from years p

ast. The wake, which was held in an RSL Club, had become a reunion of sorts, with many just catching up on the years in between their service and the now.

Many had moved from military service onto another chapter in their life, and a few were suffering from the effects of their service. These effects I believe were the huge difficulties some found with fitting into a society that did not have the ethos of service life, or as the American journalist, Sebastian Junger opined of that sense of lost connection to your Tribe.

The evening rolled on and each mourner departed to return to their now normal life, with many a Farewell ended with the promise of “See on you ANZAC Day,” “meet you at the Fortune” or ‘’I’ll be at the reunion” etc, with the exchanging numbers, emails and Facebook ads. This time, it was done with an added bit of determination to keep in touch with old mates.

I too bid my farewell and walked out of the club towards my SUV, to drive home and return to my normal life. As I was walking out, I took extra notice of the flags flying at half-mast to honour our mate, friend, mentor, husband, and father. And I began to wonder WHY?

While driving home I kept asking that question WHY? Why the fuck did you do that, mate? You had achieved so much professionally and personally. And mate, your wife, your beautiful wife, and family! What was going through your mind? I could not think of a reason to end one’s own life.

I concluded there is absolutely no reason or excuse to end your life.

I guess due to my Christian faith, (and yes! I hardly consider myself a role model Christian, in fact, I really suck at it) as in many religious faiths, taking one’s own life is an unforgivable sin. I believe it is hard to understand at times even for a person of faith. God has a plan for EVERYTHING and when your time is up. your time is up. I was debating this with myself, and I began to think of the other mates who had taken their lives. I recall I was swearing and cursing him (and them) out loud, along with the whys and possible reasons till I turned into my driveway.

I turned off the ignition and thought to myself, “Time to pray” I gripped the steering wheel, took in a deep breath, and prayed a simple prayer. A prayer asking that his family and friends will find some peace and meaning from this whole tragic event. I sat there for a while, and then my mind became still. Then I got out of my SUV and returned to my normal life.