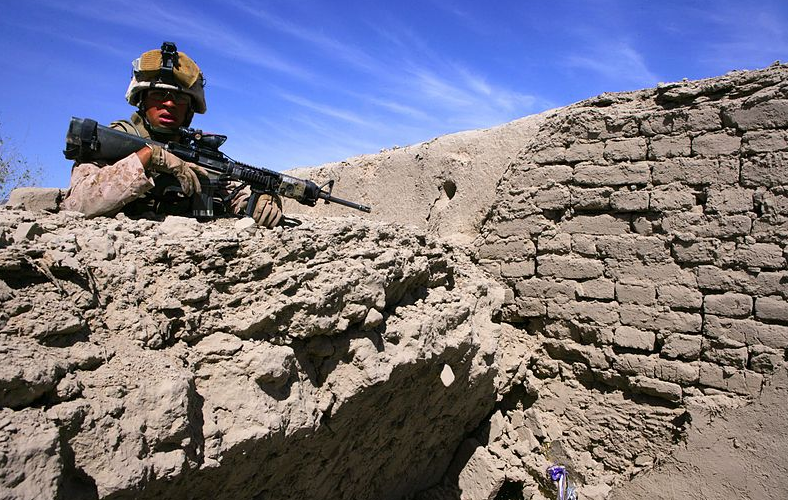 “To work and create ‘for nothing’, to sculpture in clay, to know that one’s creation has no future, to see one’s work destroyed in a day while being aware that fundamentally this has no more importance than building for centuries- this is the difficult wisdom that absurd thought sanctions. Performing these two tasks simultaneously, negating on one hand and magnifying on the other, is the way open to the absurd creator. He must give the void its colors.”

― Albert Camus, The Myth of Sisyphus and Other Essays

This first appeared in The Havok Journal on August 26, 2021, shortly after the U.S. withdrawal from Afghanistan. The message is timeless.

The visceral images from Afghanistan the past week have evoked powerful soul searching from veterans coming to terms with a new reality on grounds they once roamed. This is not a feeling of defeat so much as abandonment. After all, we entered Afghanistan by choice and now leave it by choice. However, the rise of the Taliban renders the question of whether that choice and all it cost in blood and treasure, was truly worth it. I find myself asking the same question, seeing all the progress I thought I had helped accomplish swept away, and hearing of so many of our Afghan friends slain once we left.

The question is so powerful that military leaders directly addressed their formations to assure them the sacrifices of the last two decades were not in vain. These reassurances come at a time of a soaring suicide rate amongst the ranks and fear that veterans may despair in this time of crisis. It is hard not to connect these two tragedies, as it is hard not to feel this to be a condemnation akin to Sisyphus.

Sisyphus twice defeated death, only to receive eternal punishment from Zeus, destined to roll a boulder up a hill for eternity, never reaching the crest for all his efforts. In many ways, this is what veterans are grappling with. Having escaped death figuratively or literally, they now see the boulder of Afghanistan rolling down the hill, erasing all their efforts. Hence the obvious question of whether it was all worth it, and striving to find meaning to our struggles.

Albert Camus saw recognized this dilemma. Our need to find meaning in a universe that will continue regardless of our actions is, to Camus, absurdity: “Man stands face to face with the irrational. He feels within him his longing for happiness and for reason. The absurd is born of this confrontation between the human need and the unreasonable silence of the world.” So how do we reconcile this absurdity, how are we to deal with the notion our efforts are in vain to the inexorable entropy of the universe?

Much the way Camus feels Sisyphus copes: by accepting the absurdity of pushing the rock but finding contentment in the task at hand. Simply put, the gods may have sentenced him to push that stone for eternity, but it is his choice to enjoy it or be defeated by it. Therefore, if you focus on the joy of this struggle then “…the struggle itself towards the heights is enough to fill a man’s heart. One must imagine Sisyphus happy.”

Joining the profession of arms entails not just accepting struggle but embracing it.  And so, for those who served and now serve in Afghanistan, this is the solace I have found. When we were there, our hearts were filled by serving honorably. Even now, many are focused on rescuing friends, and that is what fills our hearts. Tomorrow will be the next enemy to slay. The gods cannot control how you accept their fate. Only you can.

We define our meaning every day, regardless of what is happening. Find your struggle, embrace it, and smile.