HomeCultureMilitaryABMS, Real-time to Any Shooter and Any Sensor 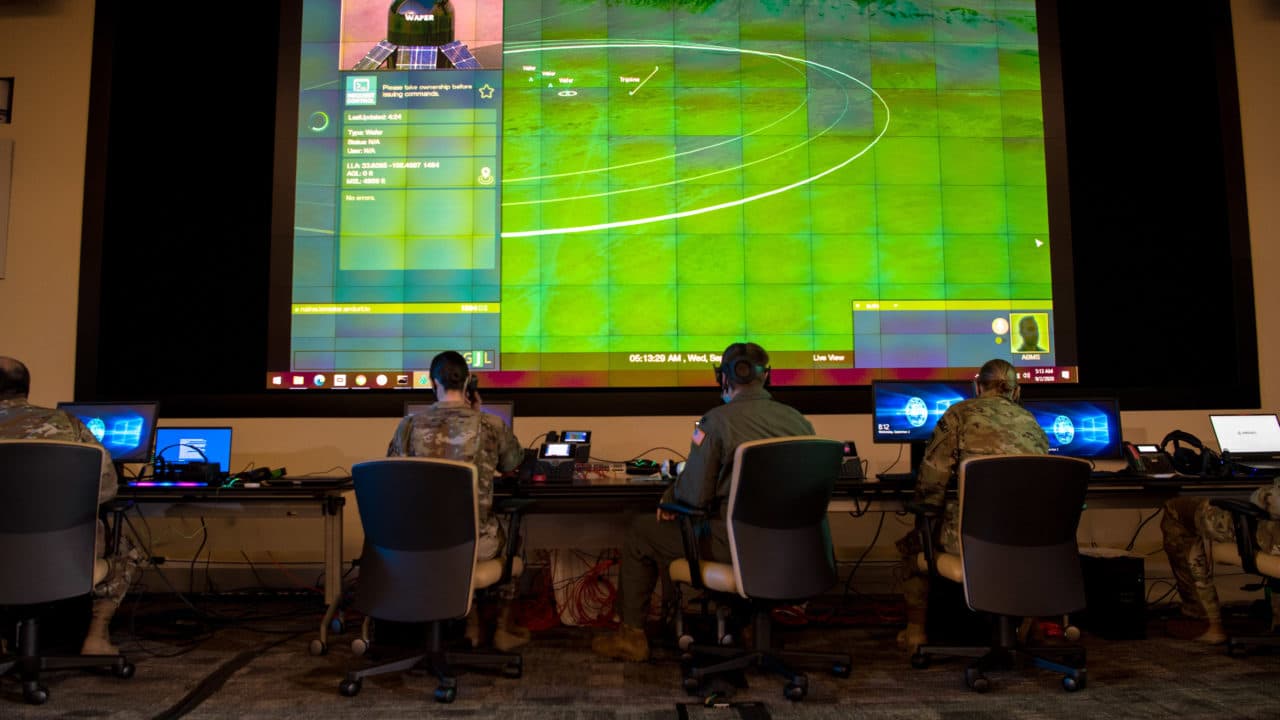 ABMS is one of the new CSAF’s top priorities.  Attached are some photos of the ABMS Onramp from across the country.

See photo credits and information at the bottom of the article.

The Advanced Battle Management System Onramp #2, one of the most extensive joint experiments in recent history with the participation of all the services, including the U.S. Coast Guard, 35 military platforms, 70 industry teams, 65 government teams, spanning 30 geographic locations and four national test ranges concluded its second field test Aug. 31 – Sept. 3, 2020.

Ensuring the sharing of the information quickly across all domains with the intent to pair the best sensor with the best shooter, the 605th Test & Evaluation Squadron and their detachments, tested the Common Mission Control Center.

The 605th Test & Evaluation Squadron and all the detachments at Beale Air Force Base, California, tested the Common Mission Control Center to ensure the sharing of the information quickly across all domains with the intention to pair the best sensor with the best shooter.

“Testing is vital to the ‘new American way of war,’ these are complicated connections being made, and they are being established more rapidly than in the past. Without a professional testing organization, there is no way to verify the new equipment works as intended in an operationally representative environment before reaching the warfighter,” said Air Force Maj. William Singer, 605 TES, Detachment 3 ABMS demo lead. “The time to identify that new equipment works or does not work is not in combat, but events like these onramps.”

There were several 605 TES risk reduction events in the weeks leading up to event execution to ensure the success of various connections.

“The role of the CMCC for ABMS Onramp #2 was to act as a multi-domain battle management team (MBMT) to expedite the surface-launched cruise missile (SLCM) kill-chain,” said Singer. “In addition to the MBMT at Beale AFB, the service chiefs and DVs were able to view the CMCC’s unique data at Andrews AFB, Maryland.”

The 605th Test & Evaluation Squadron and Detachments have an essential role within ABMS due to the squadron’s battle management command and control and command and control intelligence, surveillance, and reconnaissance (C2ISR) expertise needed to inform new tactics, techniques, and procedures required to implement this new technology.

“We had a team distributed across the United States to key locations reviewing as many aspects as possible and will be assessing ABMS Onramp #3,” said Air Force Lt. Col. Carly Sims, 605th TES commander.

“The results from Onramp #2 will significantly impact future Onramps; the size and scope grew exponentially from Onramp #1 to Onramp #2,” said Singer.

Future onramps will focus on different scenarios that will give the 605 TES more data to make assessments as professional testers to the new equipment’s operational suitability.

“ABMS Onramps are a good opportunity for the test community to see what new technology exists and how our senior leaders aim to tackle the challenges identified in the National Defense Strategy,” said Singer. “This information will drive what new connections and equipment will be required within our current and prototype systems.”

The 605 TES also used the Onramp to gather important data that will inform what aspects of CMCC work and what aspects need improvement.  This will ultimately make the CMCC better for the warfighter.

One of the ABMS goals is to rapidly implement new technology and get it fielded to the warfighter as quickly as possible.

“Testing continues to be absolutely critical, so the warfighters receive new technology which has been proven in an operationally representative environment to be effective,” said Singer. “In order to maintain this rapid pace and pivot from a legacy test to DevOps, the test community will need to embrace agile methodology truly.”

Singer continued, that with joint all-domain command and control’s [powered by ABMS] goal ‘in the future to be able to move data quickly’ and ‘share in real-time, to any sensor and to any shooter,’ testing is crucial in that effort.

Testing is how the 605 TES validates whether the data actually arrived in the way that it was intended and that is the data that the warfighter needs to conduct the mission.

Defense Secretary Mark Esper said, “This program [Advanced Battle Management System] is charged with creating the military’s Internet of Things and will integrate the joint force into a cohesive battle network, with the ultimate goal of linking any sensor to any shooter on the battlefield in real-time.”

As ABMS experimentation continues, recurring onramps are essential to test, validate, and, if warranted, discard new technologies based on their real-world performance with joint operational forces.

“To ensure successful and repeatable onramps, and eventually a fully-functioning military internet of things, requires quality testing and results based feedback from test agencies,” suggests Air Force Col. Karl Weinbrecht, 505th Command and Control Wing vice commander.  “The 605 TES, Detachment 3 plays a critical role in validating ABMS’ performance as we move closer to connecting the joint force in all domains.”

Photo: 6337620 – U.S. Coast Guardsmen from the Maritime Security Response Team East patrol in support of Advanced Battle Management System Onramp 2 in the Gulf of Mexico, Sept. 1, 2020. ABMS is an interconnected battle network – the digital architecture or foundation – which collects, processes and shares data relevant to warfighters in order to make better decisions faster in the kill chain. In order to achieve all-domain superiority, it requires that individual military activities not simply be de-conflicted, but rather integrated – activities in one domain must enhance the effectiveness of those in another domain. (US Air Force photo by Staff Sgt. Haley Phillips)

Photo: 6340780 Airmen from the 140th Maintenance Group prepare to load munitions onto a F-16 Fighting Falcon from the 120th Fighter Squadron at a simulated austere base during the Advanced Battle Management System exercise on Nellis Air Force Base, Nev., Sept. 3, 2020. The ABMS is an interconnected battle network – the digital architecture or foundation – which collects, processes and shares data relevant to warfighters in order to make better decisions faster in the kill chain. In order to achieve all-domain superiority, it requires that individual military activities not simply be de-conflicted, but rather integrated – activities in one domain must enhance the effectiveness of those in another domain. (U.S. Air Force photo by Tech. Sgt. Cory D. Payne)

Photo: 6337806 U.S. Air Force Airmen monitor computers in support of the Advanced Battle Management System (ABMS) Onramp 2, Sept 2, 2020 at Joint Base Andrews, Maryland. The effect ABMS is attempting to achieve is Joint All-Domain Command and Control (JADC2). JADC2 is meant to accelerate the speed of the kill chain by connecting sensors to shooters. ABMS is the digital infrastructure which allows a level of connectivity and [sensor] compatibility for our military at war. As a new Joint Warfighting Concept, Joint All-Domain Operations (JADO) seeks to create simultaneous dilemmas for adversary forces, overwhelming them with too many challenges to counter successfully (U.S. Air Force photo by Senior Airman Daniel Hernandez)