HomeCultureMilitaryA Middle Eastern Veteran’s Struggle with His Own Community 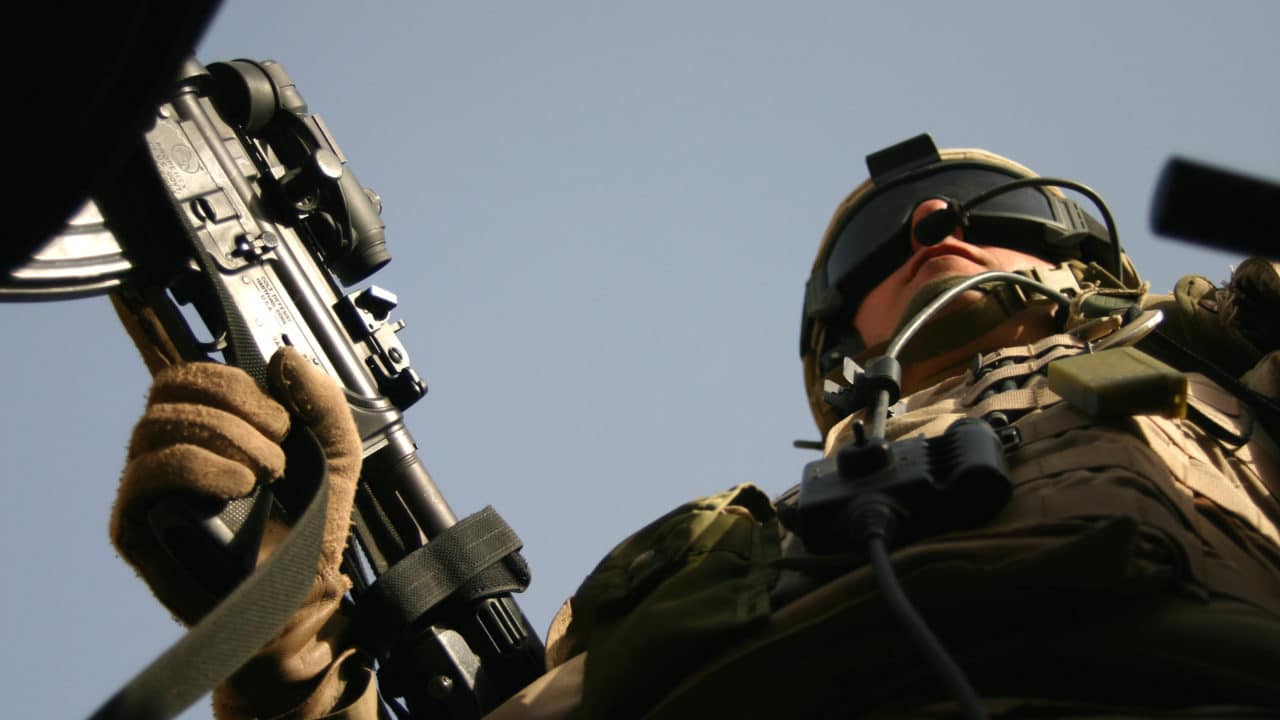 My squad drives along MSR (main supply route) Dover, en-route to Camp Anaconda. I am standing in the gunner’s position, wearing my face mask and goggles. Dust hits my face and uniform as the sweat from the desert heat trickles down my face and back. I’m wearing 50-pound IBA (individual body armor) with extra ammo, my M-16 right next to me in case my trusty .50 cal fails. We approach a one-lane bridge. The Iraqi Army stopped both sides of traffic. My squad stops to assess the situation. Our Battalion Commander wants me to tell the Iraqi soldier standing next to my truck that we need to move. I speak with the soldier in Arabic. The Iraqi soldier looked perplexed as if I was somehow speaking a foreign language that he understood. He replies in Arabic, “I don’t speak English.” So, I respond, again in Arabic, and say: “Well how about we speak Arabic then?” The Iraqi soldier nods in agreement as a smile spreads across his face.

This was one of many encounters I experienced in Iraq. The Iraqis were used to dealing with civilian translators with U.S. Soldiers. But they never got used to an American soldier speaking Arabic, who understood their culture. Every time I encountered an Iraqi, they would first tell me that they didn’t understand. They just couldn’t believe a U.S. Soldier was speaking Arabic, let alone a U.S. Soldier who was also from the Middle East.

What was it like for me to enlist? I was met with fierce opposition from my local, Middle Eastern community. I was called everything from the enemy, traitor to a bad son, and a bad example for the younger generations. I heard about fathers going to religious figures in the community asking for advice for their sons so they wouldn’t “end up like me.” All this did was fuel the fire in me even more. I ended up enlisting in the National Guard. I chose to serve part-time for two reasons: I wanted to graduate college, but also wanted to at least try to appease my local community by not just getting up and leaving.

At boot camp, I was alone and didn’t get many letters from home. When I was allowed phone calls, they were brief and awkward. During the final weeks of boot camp and AIT (advanced individual training), we were given our graduation dates. I called home and informed my family of when I was going to graduate. I was told that no one was coming. I knew that might happen. I graduated and went home with no fanfare, no family congratulating me. It was back to normal.

A year and a half later, I got my orders to go to war. I was both scared and excited at the same time. My family on the other hand was not happy, understandably so. What parents want to see their child off to war. I also dealt with the backlash from my family and community. At this point, I knew what to expect from them. They would not understand why I had to go. For me, it was my duty to go and fight. It was about my fellow soldiers out there. It was also about protecting those who were not part of that fight. I knew my language and cultural awareness would be helpful to my unit and the civilians I would encounter.

Little did I know the impact I would have…