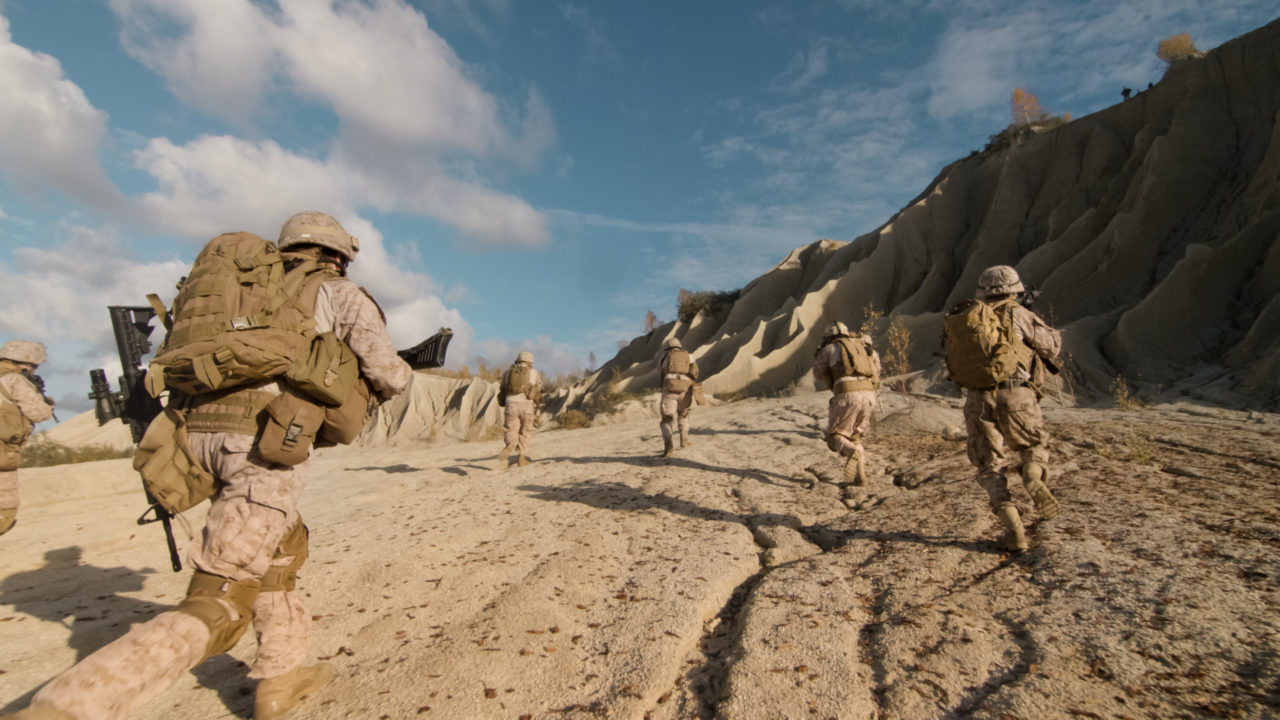 A C-130 Transport Plane lands in Camp Anaconda. The base is affectionately known as “mortar city” due to the constant Mortar attacks that occur on the base. We landed in the middle of the night. We get to a large briefing tent. A Sergeant First Class (SFC) greets us in the tent after we all sit down. He yells out, “WELCOME TO CAMP ANACONDA! OTHERWISE KNOWN AS MORTAR CITY.” He continued briefing us regarding in-processing procedures and billeting. We process in and get to our temporary housing: a bunch of tents and cots. I lay on my cot, staring at the tent “ceiling”, and slowly drift off to sleep.

BOOM! BOOM! BOOM! I woke up to the sounds of explosions. Air sirens were going off, the base was under mortar attack. My tent mates and I rushed from our tents to the safety of nearby bunkers. As we stood there huddled in the bunker, which wasn’t even underground, I realized if a mortar hit us head-on, we would be dead anyway. This was a reality we just accepted at that point.

A few days later, a convoy of humvees (gun trucks) with M2 .50 cals mounted arrived to pick us up. It took several convoys to get the entire company to our Forward Operating Base (FOB). As we traveled along the road, I saw different areas where Improvised Explosive Devices (IEDs) had exploded. I could hear pockets of gunfire at different points of the convoy.

At last, we got to the FOB and finally settled into our tents. Each soldier was able to get some sort of mattress for their cots. We built makeshift walls for privacy. Each tent housed anywhere from 10 to 15 soldiers. We were fortunate to be on a FOB that was in open desert as this made it very difficult for anyone to attempt to mortar or attack us. The company was given its mission for the year.

A few days later the company commander (CO CMDR) had to go into Baghdad for a meeting at an embassy. I was tasked to go with the squad of soldiers that were escorting him. We arrived in Baghdad and made our way to the gates of the embassy, which was guarded by the Iraqi Army. The squad leader asked for my help to translate. I dismounted from the gun truck and began issuing orders to the Iraqi Army soldiers. At first, they were confused. I’m sure they thought: “Wait, is this American soldier speaking Arabic?? What is going on here??” a few seconds later the gates were open and we were led in. A few of the Iraqi soldiers walked up to me and we all shook hands.

We exchanged pleasantries to the point that the squad was offered water, juice, and snacks. The squad leader immediately turned to me and said, “Sergeant, you are an asset.” I eventually told the squad to keep their eye on the Iraqi soldiers. The squad felt comfortable knowing that I understood Arabic and would warn the men if there were any danger. After a couple of hours, the CO CMDR came out, we loaded up in the gun trucks, and headed back to our FOB. 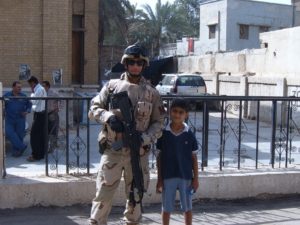 At an embassy in Baghdad

A couple of weeks later, I was given a new mission. I was assigned to the Battalion Commander’s (BN CMDR) Personal Security Detail (PSD). The squad was called “Praetorians”. They were named after an elite unit within the Roman Army whose members served as the personal bodyguards for the Roman Emperor. The BN CMDR’s call sign was “Spartan 6.” After my deployment, I found our call signs quite fitting. We were a small squad of soldiers who traveled all over northern Iraq with a BN CMDR that never slept and conducted over 40,000 miles of combat patrols. Our BN CMDR was not afraid to kick in a door when it was necessary, and a squad of soldiers covered his six at all times.

I reported to the BN CMDR. He was slightly shorter than me but he had command presence and a type of energy that you just wanted to run into battle with him. One thing I learned from him, being a leader, you can still talk to subordinates as one of your own. He shook my hand, we shared a few laughs, and proceeded to meet the rest of the Praetorians. 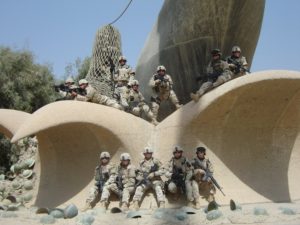 I met the Praetorian squad leader (SQ LDR). He looked like he hadn’t slept in ages. I guess that happens when you’re in charge of a squad responsible for the well-being of the BN CMDR that hardly sleeps and is always on the move. The SQ LDR introduced me to the rest of the Praetorians, as they were cleaning their weapons preparing for the next mission. All of them welcomed me as one of their own. That’s one thing I loved about the military. It didn’t matter where you came from, what color your skin was, or your religion. “We all bleed green” is the motto. I saw it first-hand. The only thing that ever mattered was the man to your left and right.

After few minutes of getting to know each other, we were given our mission by the SQ LDR. I went back to my tent to prepare. I realized it was going to be an extremely busy time for me. I was also anxious. Here I was, 23-years-old, and had to ensure my situational awareness was at 100% at all times. 11 men relied on me to assess a situation and give them the information needed so we could respond appropriately. I also had to make sure I didn’t give up any information about where I was from or who my family was. I still had family in Lebanon, which was a short hop from Iraq. Interpreters were always hunted down by Al-Qaeda terrorists. A soldier that spoke Arabic? That was worth ten times more to Al-Qaeda.

Read about Ayman’s other experiences downrange: A Middle Eastern Veteran’s Struggle with His Own Community.