HomeCultureLifeOne Day at a Time, It’s All We Can Do 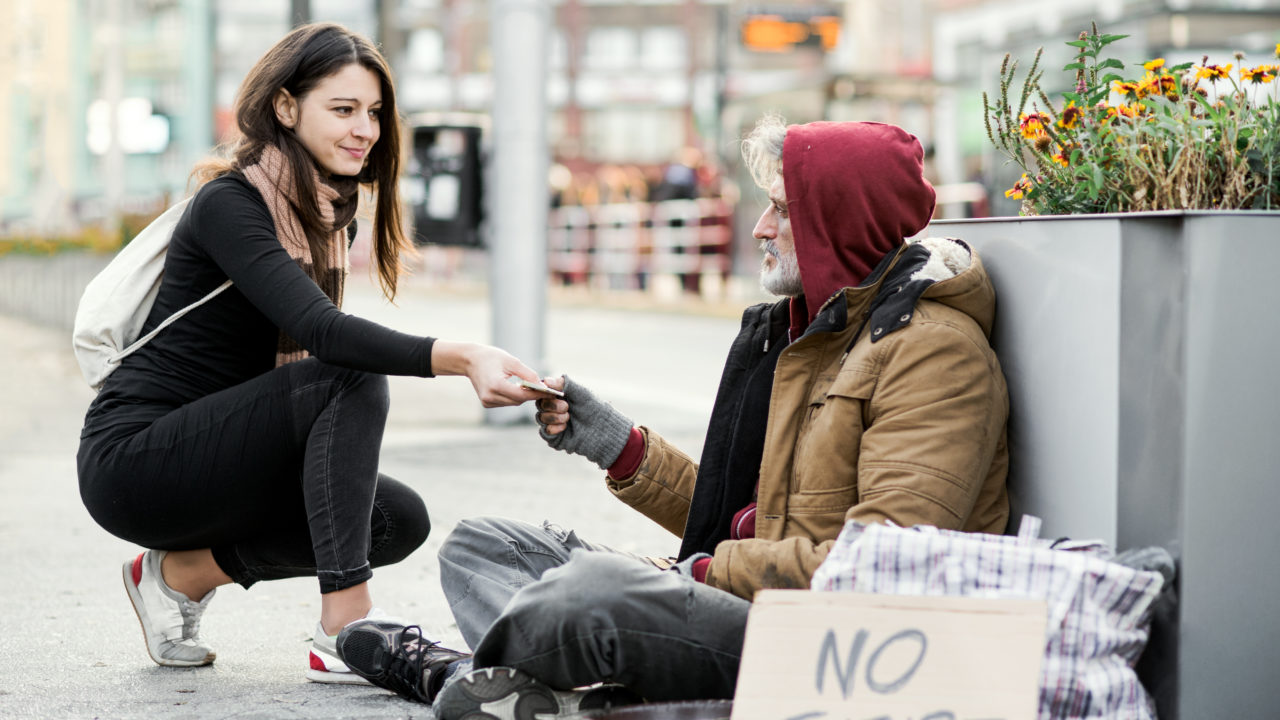 This first appeared in Frank’s blog on May 16, 2020, as “Derek.” It is republished here with the author’s permission.

I walked out of Home Depot yesterday afternoon, carrying some parts for a plumbing repair that I don’t want to do. Seriously, all I plan on doing is fixing the stopper on a sink in the bathroom but, based on previous experience, I will probably break something important and also get water all over the floor. I will first watch a YouTube video about repairing sinks. That will no doubt confuse and depress me.

As I walked across the parking lot of the hardware store, I was accosted by a young man asking for money. This was odd, partly because the Home Depot is in the City of Franklin, which is a relatively affluent area. I have been hit up in the past for money by people in downtown Milwaukee, but never in the suburbs. This was something new.

The man was thin. He had long, lank hair, and he had a mask hanging over his neck. He did not seem to be high or drunk. He just seemed a little lost.

He said, “Can you spare me some cash? My family is living in a motel right now, and I need to scrape together some money so that we can stay there for another night. I lost my job and I don’t know what else to do.”

I reached into my wallet and handed the guy a five.

He kept talking. I found that to be strange. Usually, a panhandler will take the cash and move on. At most the person might mumble a quick, “God bless you, Brother,” or something like that. But this guy wanted to speak to me. So I listened.

He looked at me and said, “I like your beard, man. I grow my hair long, but I got it cut a while ago. How long have you been growing that?”

He went on, “I have been walking through this lot. I don’t like doing this. I have even asked people if I can help them to load up their cars or trucks. I don’t want to beg. It’s hard. People yell at me and call me a loser.”

I asked him, “Who is calling you a loser?”

He replied, “Lots of people! They get mad and say, ‘Get a job, Loser!’ Some of them even throw garbage at me from their cars.”

I looked at him, “Nobody is a loser.”

Derek didn’t hear me. He wasn’t really listening. The man just wanted to tell his story. It was a pure flow of consciousness.

I stopped him and asked, “How did you lose your job?”

Derek answered, “I was working at this local car dealership. I worked in the parts department. I packaged parts for delivery. I did some detailing too. Then they furloughed some of us. I was supposed to still be working part-time, but they never called me back.”

He continued, “I put in for unemployment. They let you do that once a week. I haven’t heard nothing back yet. I haven’t got any money yet.”

He was on a roll. “I have a four-year-old boy. He’s with his mom right now. I mean, I don’t know what to do.” If we get thrown out of the motel, where do they go? Where do we go? There is nothing open where a mom and her kid can hang out for a while.”

He told me, “Another gentleman gave me five dollars, but I need more than that. I am willing to give people my information. I’ll show you a picture of my son.”

He held out his smartphone which had a very cracked screen on it. I shook my head. I sighed.

I pulled out my wallet again and found another fin. It was all the cash I had. I handed him the bill.

He said, “Thanks. I appreciate it.”

I’m not sure I actually know that it will work out for Derek, but I want to believe it. I started to walk away.

Derek said, “Thanks again. Have a good day.”

I am certain that, in the coming months, I will have more conversations like that one.