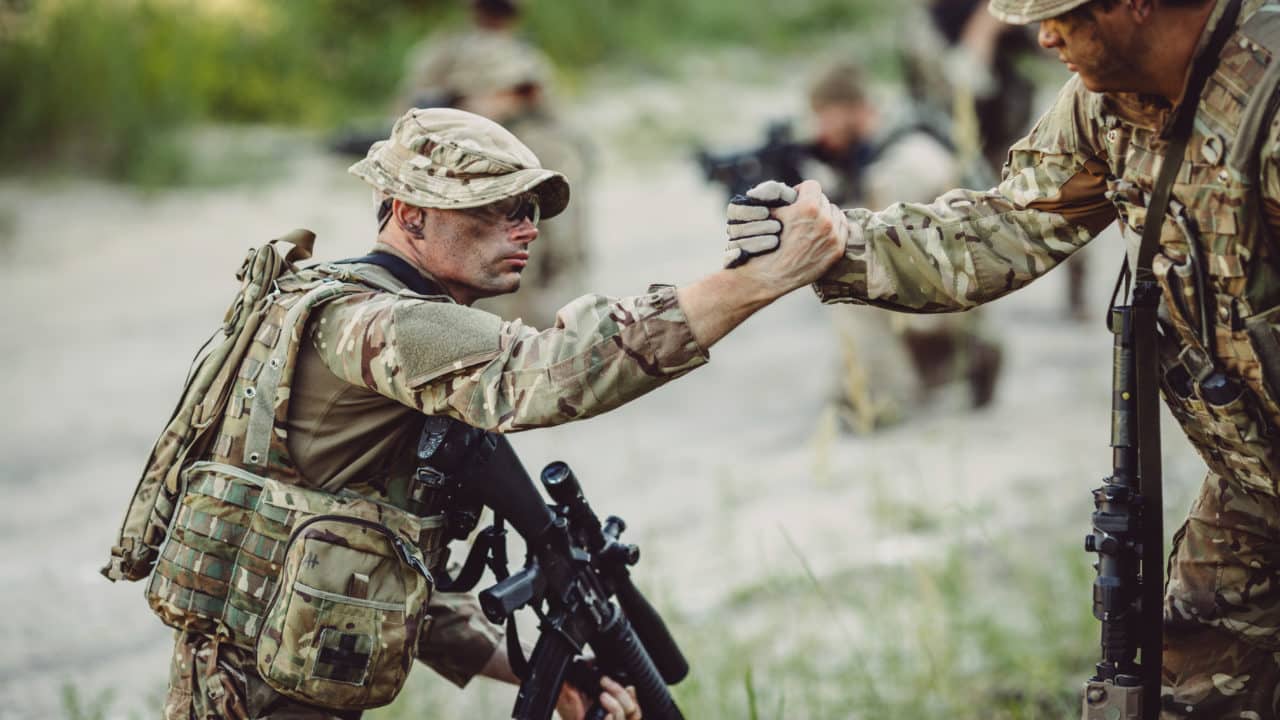 This first appeared in The Havok Journal on March 8, 2019 but the message is timeless.

I never really have much to say. I guess one of the skills I developed since leaving the Army is to keep my mouth shut and to listen.

After I got out, I took a personal journey to clear my head. I stopped watching television for the most part. I don’t pay attention to the media outlets because eventually, someone, somewhere, will open their mouths and fill you in. I stay away from politics, religion, and other social activities. I sit in class or at work and listen to others try to convince each other why their position is credible with data research, polls, and historical references. One issue that always comes up, in one way or another, is war. From ISIS to Syrian refugees to Iraq and Afghanistan.

I only deployed to Afghanistan, so my perspective is skewed when it comes to what I want to say. I spent my young adulthood being over there… sleeping, eating, breathing, and fighting. The biggest things that stick with me are the people and the culture. It was so different from what I was used to. Most people literally live in mud, shit, and stick dwellings. They farm with shovels and hoes as young as the age of seven.

Their lives are much harder than how mine was growing up. Not only are they poor and barely get by, they also get nightly letters from the Taliban threatening them not to work with Americans or ISAF forces. We build a school for the kids and the Taliban blows it up. We let them work on our base so they can feed their families and weeks or months later, we find their torso on the side of a dirt road with their head, arms, and legs chopped off.

Usually, the body parts were dropped off at the surviving widow’s qalat. Our interpreters were afraid to even go home for leave because of threats from the Taliban. The kids there… I don’t even want to talk about that. They suffer as well. The civilians are caught in the middle of everything is what I’m trying to convey to you. Just from what I experienced in Afghanistan.

I’m not good at articulating things or expressing my thoughts, but I cannot remain silent anymore. In recent events, President Trump has put restrictions and a tough vetting system on immigrants and refugees coming from countries that have large-scale warfare or high volumes of extremism. One way I see it is that what he is doing is unjust and not the American way.

We should welcome refugees into our country and provide aid to those who are entering. America is the land of opportunity. The other side of the argument is that we have to preserve America and not allow extremists into our country. We need a system in which we properly assess and monitor people coming from these hotspots so we can prevent another 9/11.

I see the extremes of both sides. One side stating that we should have Sharia Law in our lands or that President Donald Trump is a fascist and a white supremacist who doesn’t want minorities to live in the United States. The other extreme is that all Muslims should die, they are all terrorists, we should nuke them. Their religion is evil and is the source that promotes terrorism. Well… I fought alongside Muslims and other Afghans against other Muslims. So I can reassure you that not all Muslims are bad. I do also know that it was Muslims that organized and executed the attacks on 9/11.

With me saying all of this, who is caught in the middle? Who are the ones being oppressed? I would like to remove religion and politics from the equation for just a moment. As a human being who has witnessed the suffering innocent families endured in Afghanistan, I wanted to help. I wanted to do everything I could to prevent their suffering and I was willing to give every part of me to ensure that.

I wish those families could live here in the United States free of oppression. It’s hard enough trying to get our interpreters over here. If they do get a chance to come to the United States, I want them to live here in a peaceful and free land without someone hunting them down to slaughter them at their homes. Why would we want the same Sharia Law here to be waiting for them?

The situation they are fighting to escape from is extremely messed up. We should be a safe haven from that. Who wants to see people executed? Who wants to see any child in this world starve because their father was killed trying to feed them? There is an Army of orphaned children in Afghanistan wielding AK-47s and fighting the Taliban as we speak.

We are human beings, use your hearts. Of course, we have to assess and use vetting on these refugees, so that when they do live here, both we and they are safe. This is a world problem. Countries in the Middle East won’t even accept refugees from these worn-torn countries and yet we are fighting amongst ourselves over a latte at Starbucks on what we should do.

Women in the United States are gathered around protesting Donald Trump, but these same women won’t protest the harsh laws in Saudi Arabia where women don’t have any rights. We have people rioting in our streets over who won a Presidential Election… which was decided through voting. I secured polling sites in Afghanistan where people had to walk miles through harsh terrain to let their voices be heard. The people making their way to the voting sites were ambushed by the Taliban on the way. How can we be so blind?

Whether you are a Democrat or a Republican, I urge you to take a step back and think about what you do have, not what you don’t have, and be grateful for each other. We build roads together, work with each other in offices, go to school together, and our kids play together. We are all human beings living amongst each other and have built a nation that gives hope to others around the world. Let’s not lose sight in who we are. Let’s not let the fear-driven media divide us. We can, and always have made it through this crazy world.

We, as Americans, should “Give Strength to the Weak, and Life to the Dead.” There is one day I do remember, we stood together as one, and we did just that.