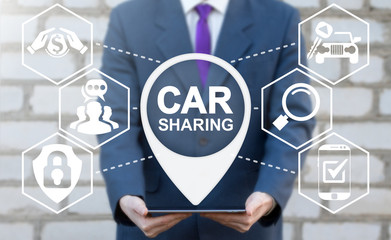 Getaround:  A Good Car-Sharing App for Veterans?
by Scott Faith

A close friend of mine from my college days recently took a manager-level position at a startup called Getaround.  I had never heard of the company before, and was fascinated when he enthusiastically described their unique business model.  After talking with him I did what I normally do when people tell me something new and interesting:  check into it myself, and then see if/how it would be useful to military veterans.  Here’s what I found:

Getaround has been around since 2009 and is essentially a car-sharing app.  In my mind it’s like Zipcar in a lot of ways, and sort of a “reverse ride-sharing,” in that you pay to borrow someone else’s car instead of paying for someone else to drive you around.  Like Zipcar, Getaround users can rent by the day or by the hour.  But Getaround is different in one important way:  the vehicles are all privately owned.

In my opinion, this is a major strength of Getaround, and it comes from the principle of “collaborative consumption,” which in this case allows car owners to both “obtainers” of vehicular transportation, and the “providers” of the same (thanks, freshman year Economics!).

Getaround provides the same sort of service as Zipcar, but Zipcar maintains a fleet of vehicles.  Getaround is effectively “crowd sourced,” and private individuals provide the vehicles.  This difference, I imagine, makes Getaround’s overhead much lower.  This also gives them the ability, in theory at least, to be more responsive, more available, and more profitable than its competitors, while making money for its owners and saving it for its renters.

As a Getaround user, you use the Getaround app to locate, secure, and pay for the use of someone else’s car for a fixed period of time.  As a car owner in the Getaround program, you’re in charge of deciding what to charge and your vehicle’s availability.  Car owners earn a 60% commission on Getaround sales.  Getraround also provides insurance, roadside assistance, customer service, and a car kit that allows keyless entry to the vehicle through the app. 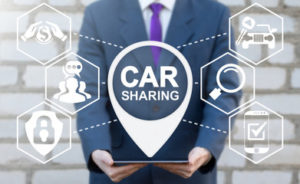 While I thought all of that was good to know, what really interested me was the money-making possibilities for individuals who share their cars.  Imagine, if you will:  you work in a big metropolitan area like Portland, Chicago, San Francisco, Boston, New Jersey, or Washington, D.C.  You go to work early, and your car sits around, doing nothing, for 8-10 hours a day.  You don’t need it until you go home at night, so why not hire it out?

Or, maybe, you’re a military veteran transitioning from the service.  Maybe you work at home.  Maybe you’re not working yet.  Or maybe you can’t work.  But your vehicle can work for you.  And despite the anxiety I might feel about letting someone I don’t know drive my car to… wherever… it might be worth it.  Check it out:

The Getaround website claims that drivers could earn up to $10,000 a year by sharing their vehicles.  That seemed a little high to me, so I did some quick math. Here’s what I came up with:  If I rent my Jeep at the rock-bottom price of $5 an hour, I earn $3 an hour in commission.  If I’m able to rent it out for say 3 hours a day, 5 days a week, that adds up to $3 x 3 x 5 x 52 weeks a year = $2,340 of additional passive income a year from a vehicle of mine that would otherwise be sitting there, not doing anything, while I’m at work.

Even if I factor out gas and wear and tear for the rented time, I’m still probably at or over $2k.  If I charged more, and made my car available during the weekends and for more hours during the week, I can see how people could really make some cash with this program.  Upping the rental price a few dollars and adjusting the available hours upwards slightly, the $10k figure quoted is indeed achievable.

Conveniently, Getaround offers a feature called “predictive pricing” that adjusts upward and downward with demand, so I wouldn’t even have to worry about adjust rates on my own.  And since I control when and for how long I allow the rental, and Getaround provides the insurance, for that kind of money I think it’s at least worth trying.

My city does not have Getaround yet, but I was able to speak with another veteran who makes his vehicle available through the app. Former Navy Lieutenant J Whorley had this to say:

I served our country for 7 years as a Surface Warfare Officer, and when I left the Navy in 2014, I began listing my truck on Getaround to make a little money during the transition from active duty and move to a new city. Sharing it was easy; the best part is the Getaround technology enables keyless access by the renter, so I didn’t have to disrupt my schedule to meet them and give them the keys. I can easily communicate with my renters through the Getaround app, so I can go on living my life, while earning and saving a little fun money as well.”

Although that’s a small sample size of one individual, I think it’s a pretty good endorsement of Getaround.

When I told my friend at Getaround that I was going to write an article about his company as a way to help vets make some additional money, he offered $25 off for 1st time-renters: get.co/veteran or promo code “Veteran” and to waive the $100 installation fee for car owners: get.co/veteranscars.

If you’re a veteran and you used Getaround, either as a “provider” or a “renter,” please let me know in the comments section how it worked out for you.