The PT uniform is reflective.  You don’t need the belt.

The media is not the enemy. They are going to report whether you choose to engage with them or not. You will for certain lose if you shut them out.

I can do it quick.  I can do it right. You have to accept the fact that sometimes it is one or the other and no amount of screaming, crying, and curse words is going to change that fact.

You can take a Soldier’s pay and rank and still recover a relationship with them. Take away their dignity and you have lost him/her forever.

Everybody turns into who they really are on deployments and CTC rotations. You can fake it when you’re in garrison, but you can’t hide in the field.

I am absolutely certain that there was one unit which I was the worst officer in the formation. It was the best and most educational/motivating experience I ever had.

If you spend long enough in the Army, you will become socially retarded, incapable of not speaking about the Army or feeling truly comfortable unless there is another military person there to converse. Live off post and hang out with civilians if you can.

Take care of your family. You aren’t indispensable and the Army will carry on without you when you are gone. Your family will be what you have left. 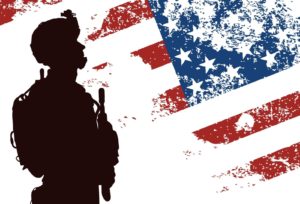 If you are not continuing your education while in the Army or using your GI Bill when you are out, you are a fool.

You owe it to your family to let them know what you do rather than shield them from it. It is unfair for them to have to deal with your ‘issues’ and stressors without knowing why they are occuring.

If you aren’t a natural yeller, than don’t fake it. You’ll just look stupid.

The best leadership style you can adopt is one that builds on what is already there inside of you while mitigating the negative.

Believe whatever you want to believe, but never forget that you’re in an organization with guaranteed paychecks and annual raises, guaranteed healthcare for you and your family, subsidized housing and utilities, thirty paid vacation days a year and generous retirement. Consider that before expressing opinions about people and situations outside the organization.

Serving in the Army is a privilege, not a right.

I rather go to war with enthusiastic Lieutenants than jaded Captains. I did and it was the best tour I had downrange.

Tattoos, long hair and rumpled uniforms say little about the worth of a particular soldier and you should remember that before forming an opinion.

Before you go too far with the above, first impressions matter. Some people will never give you a second chance.

This isn’t a popularity contest, but your soldiers do have to like you or at least find your presence tolerable. Those that ignore this point generally lead unpleasant and ineffective organizations.

You can be correct, without being right.

Don’t leave the Army without serving on a funeral detail.

Pick your kids up from school in uniform.

Stop trying to brief your Commander and start talking to him/her. You wouldn’t believe how frustrating it can be to want a simple answer or conversation to work something out and you get a long winded brief without a point.

Some of the bravest people I am saw were the NGOs, Reporters and USAID workers that lived in the environment while we lived on FOBs, who went places we weren’t allowed to go.

It isn’t true partnership if you aren’t willing or able to evacuate or treat their casualties.

Tabs, badges, and combat patches tell me what you have done, not what you can do.

Bullet comments and ‘give me the bottom line’ thinking is dangerous. Some things are complex and demand a time investment of reading, studying and dialogue to understand. If you aren’t willing to do it because you ‘don’t have the time’, than you shouldn’t be making the call.

Thousands of acts of battlefield courage can be undone by a single act of intellectual or moral cowardice.

If you aren’t Infantry, you’re support…and that is okay. Infantrymen love support guys who are competent, responsive, and have their backs and do/provide what they cannot.

Know your role and do it.  Don’t strap-hang and put yourself in a place you have no business being because you want to be cool or ‘respected’.

I am not particularly patriotic anymore. Too many people that ‘waved the flag’ were nowhere to be found when things went pear-shaped.

As my overt patriotism has declined, love of country has grown. This is our home. It is worth killing for. It is worth dying for.

Chris Otero is an active duty Army officer with a background in combat arms, military intelligence, and special operations.  His views are his own and are not a reflection of official U.S. policy. This first appeared in The Havok Journal March 21, 2015.