Anybody can soldier in hot weather but cold weather breaks down the most hardened formation.

Take any military meeting, do a headcount and kick fifty percent of the people out of the room. Your meeting is now twice as efficient and effective.

You don’t demonstrate weakness by saying ‘I don’t know’ and going with the best idea brought up by one of your subordinates: You demonstrate strength and confidence by doing so.

The average human attention span is 39 minutes before attention drops to useless levels. That is the amount of time you have for your meeting. 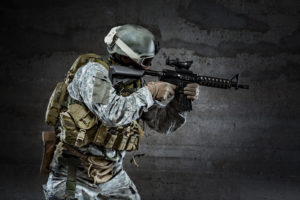 If I am a Commander and I have already have the read ahead slides for the Training Meeting and Command and Staff meeting, why do I need to have the briefing? Can we skip to the Q&A?

Know what the night shift is doing. Check on them. The worst abuses at Abu Ghraib happened at night when the leaders were asleep.

Talk with your subordinate, not to them.

There is nothing wrong with power-point. It is just a tool – sometimes a very useful one. It is the people that misuse power-point that are the problem.

The question that should always be asked when you get the midnight call about one your soldiers and you have to go to the county jail, emergency room, or the morgue is who was with him, not what was covered in the Friday Safety Brief.

You have to plan to plan.

Don’t mistake having everyone in same room for collaboration. Three people doing all the talking at the conference table while twenty people who were required to come but spent the time day dreaming in the cheap seats is not collaboration.

If you are an Executive Officer, Deputy or SEA, don’t fall for the trap of thinking your Commander needs you to be their filter. They need you to be a moderator.

To the person that came up with the notion that hands in pockets is un-military and unprofessional and actually got it written into regulation: From the bottom of my heart, you’re a war criminal.

It is better to be uninformed than misinformed.

BBC and Al Jazeera America are the best and most accurate cable media sources.

The single most underrated qualities in leaders and analysts are curiosity and imagination. Every good idea ever implemented started as a gleam in someone’s eye.  Every good analysis ever made was because someone didn’t know an answer, was bothered by that fact, and then did something about it.

There is no grace period in command. You are accountable on day one. Before you change anything though, understand why the situation is the way it is so you are ‘fixing’ the right thing.

Serving in Iraq or Afghanistan will break your heart and make you a cynic. Those people are passionate, insightful, humorous people who live a harder existence than you can…but they seem to have a unique near superhuman ability: They never miss an opportunity to miss an opportunity.

In Iraq and Afghanistan, bad people seemed to go all the way while good people just went away.

I despise with a white hot hatred those that trained, facilitated and ordered suicide operations. Those people are truly evil and should be killed wherever found.

In partnerships with foreign forces, pay attention to the ‘little annoyances’. In Afghanistan, more misunderstanding and animosity occurred over bathroom etiquette and dogs than you can possibly imagine.

You are the Boss. Sometimes you have to remind people of that fact, but bringing it up constantly says more about your lack of leadership than it does your subordinates ability to obey orders.