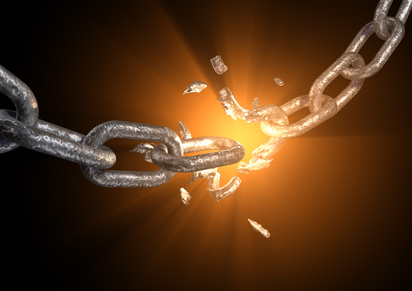 Today, we celebrate our nation’s Independence Day. Today we will gather in small crowds, neighborhoods, and families to light off fireworks that evening and celebrate a uniquely American tradition. Our holiday was born of a document that boldly and originally proclaimed and asserted, “We hold these truths to be self-evident, that all men are created equal.”

My daughter, a home-schooled girl of 12, can scarcely imagine a time when those words wouldn’t be common sense. Yet she knows of a history where our words as a nation did not live up to our actions. To be clear, those words and that document were a radical change for the heart and soul of America as we set sail in a new direction from British Empire. However, the newly minted American ship of change did not sail with everyone on its decks; for a time the American nation moved forward on the backs of significant numbers of slaves.

It has been said that slavery was America’s original sin. Thomas Jefferson, the drafter of the Declaration of Independence, himself said slavery “was a ‘moral depravity’ and a ‘hideous blot,’ he believed that slavery presented the greatest threat to the survival of the new American nation.” The question over slavery festered within the nation until over 620,000 men gave their lives to settle that answer in our American Civil War. Despite the overwhelming answer and the death of the US President, portions of the nation reluctantly implemented equality under the guise of Jim Crow and segregation laws.

These actions delaying the de facto equality of all men continued until, finally, 1954 the Supreme Court ruled on Brown V Board of Education, Kansas that segregation was unconstitutional. This landmark case gave way for true de jure equal treatment and fulfillment of American’s original decree of equality. Over the next 14 years Americans, Black, White, and everything in between, stood shoulder to shoulder, in marches, legal proceedings, and churches to correct a miscarriage of justice and wash free the stain of slavery and the horrific aftermath in reconstruction.

In 1968, again with the loss of yet again another American hero, Dr Martin Luther King Jr, our nation passed the Civil Rights Act of 1968 making it a federal crime to “by force or by threat of force, injure, intimidate, or interfere with anyone … by reason of their race, color, religion, or national origin.”

Today we find ourselves embroiled in issues regarding race and identity again. This time however, many of the complaints are coming from people who are slaves to imaginary bars and chains.  There are no laws which prevent people of any color or gender to own land, vote, or work in any job. To be a racist in America is to be scorned and excoriated; as it should be.

That said, there is a growing segment of the population that is very uncomfortable with its freedoms and the responsibilities that come with that liberty. A larger and larger population now seeks to blame any and all failures somewhere else or at some institution despite seeing members of their ethnicity rise to highest levels, in record numbers, of government, business, and society.

We will begin to solve our racial and identity problems when we quit using race, gender, or behavior as a filter for every event in our lives. When we “celebrate” the first Black, Hispanic, homosexual, Asian, or woman anything we diminish the individual behind the accomplishment. When we blame every failure, setback, or misfortune on a genetic trait, we devalue and cheapen those that came before us and the struggles they endured to give us the freedoms we have.

More importantly, we fail to learn from those mistakes. When we cease thinking of ourselves as Americans first, we ignore the dream of Dr. King who wanted children not to be judged by the “…color of their skin, but by the content of their character.” We need to be careful with broad sweeping judgments (like dismissing people because of white privilege). We need to quit imaging what we imagine people think; instead being mindful of own actions and what WE can change.

On 17 June 2015, Dylann Roof may have thought he was attacking a “black” church in South Carolina, but what he did attack was an American institution. Mr. Roof didn’t murder “African” Americans—he murdered Americans who happened to be Black. Americans across the nation were aghast and committed to finding the culprit and see them brought to justice. It is frustrating to see my sympathy and tears ignored just because I share a few genetic traits with the terrorist.

What is unbearable is that we continue to find blame in a flag, a weapon, or a political party as opposed to pointing fingers at the individual who committed the deed. It is unbearable to see  community agitators use Mr. Roof to further an agenda by linking unconnected grievances together in the horror that occurred that night. Racists have no place in our American society, but we don’t need to invent them either.

I am completely comfortable with Walmart Corporation making a business decision banning the sale of the Confederate Flag. The company has a right to sell or not to sell what it chooses. I’m curious though, will that decision extend to such items as the Dukes of Hazard games and merchandise that feature the flag? What about toy army soldiers that depict the Civil War—will those be banned too?

Will Walmart extend its recent magnanimous decision to stop selling violent video games and movies? How about hip hop or rap music that degrades or humiliates women and openly talks of killing Police Officers? Again, Walmart can sell or NOT sell anything it chooses but I worry about the path they are walking.

I also understand there is a movement underfoot to remove the Confederate flag from the grounds of the South Carolina Capital building. Again, I take no issue with the people of South Carolina making that decision, but are we now going to remove the Confederate Memorial the flag flies next too? What about the museums other offending flags reside—should we hide these too? Where is the line drawn? It’s a funny thing that happens when we start banning “forbidden things”—they become sought after and wildly popular.

I accept that the Confederate Flag may offend even a majority of people but I worry that banning these items will backfire—terribly.  We don’t fight ideas by “banning” things, you fight ideas WITH ideas. You expose the fallacy of the weaker argument to the light of the truth and the lies will crumble.

This Independence Day, let’s come together as a nation, remember the past, morn those we have lost, and celebrate what we as a united nation have been given. Let’s stop celebrating genetic heritage (which we have no control over) and commemorate character, achievement, and perseverance. Let’s stop using race and gender as a lens through which people are allowed to use certain words (or not to use them). Let’s stop trying to invent code words and phrases, assigning values that are not intended, and take people at their word and deed.

Let’s not go on a “McCarthy style” witch hunt to root out “original sins” and presumably racist icons, but look to the future and the opportunity that lives there. Let’s celebrate America where today, “all men are created equal” and stand united—together; where all lives matter. Let’s reach out to each other and hold on tightly—our nation has enough enemies, we don’t need to invent any more. We are better than this. We are the United States of America.

This article first appeared in The Havok Journal 4 July, 2015.

Ernest Lee Ronin is a pseudonym. The author is a retired Army veteran after 28 years of service in the Infantry and Special Forces. He has multiple deployments to Afghanistan, the Balkans, Africa, and the Middle East. He currently resides in his home, east of occupied Pineland where he is married to his Latina wife and raises three daughters and keeps bees. This article was first published in The Havok Journal 4 July, 2016.