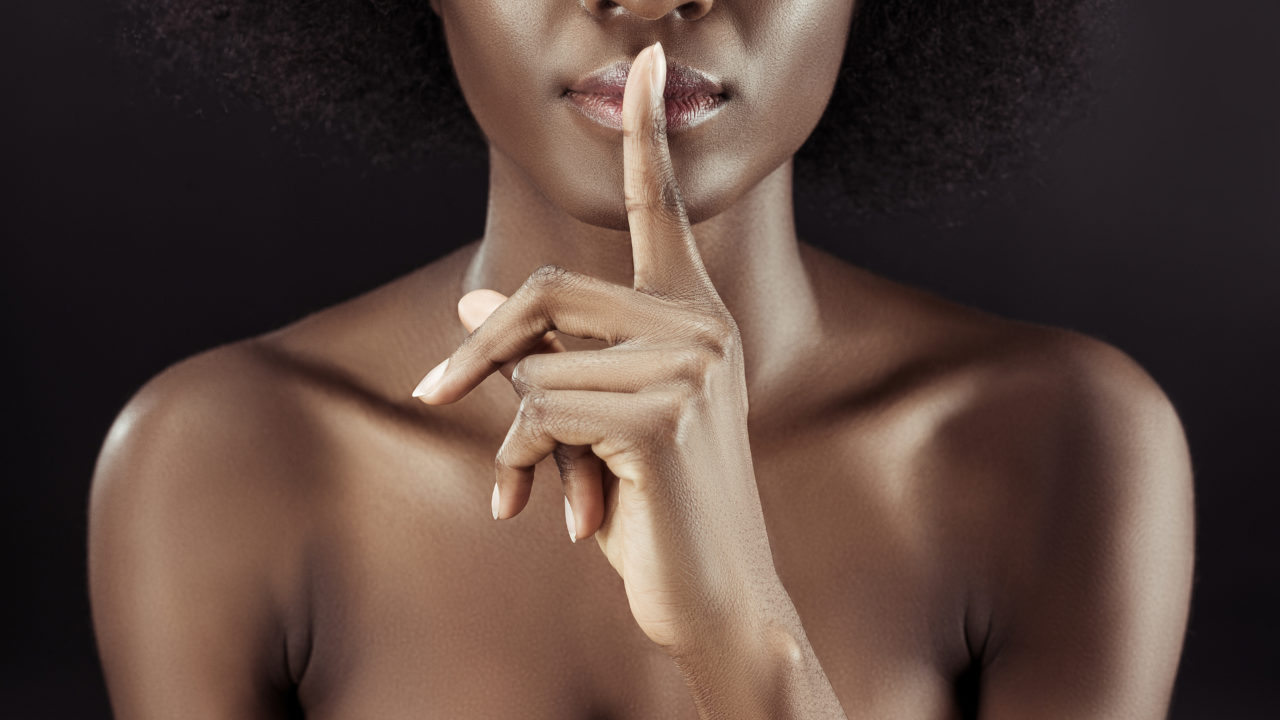 Since 1909, the National Association for the Advancement of Colored People (NAACP) has worked to ensure the political, educational, social, and economic equality of rights of all persons and to eliminate race-based discrimination. In the fall of 2011, the NAACP launched a process to develop its strategic direction and plan, creating a powerful vision for the future, and setting organizational goals that would focus its work for the 21st Century.

Headquartered in Baltimore, MD since 1986, the achievements of the nation’s largest and oldest civil rights organization are on display in its hometown of nearly 600,000, with a population of 62.8% black and 30.3% white. The NAACP is a $29 million per year multi-organization non-profit, focused on lobbying, civic engagement, and field operations. Over its 100+ year history, The NAACP has grown exponentially to what is now a network of more than 2,200 affiliates covering all 50 states, the District of Columbia, Japan, and Germany. Total membership exceeds 500,000.

The six NAACP “Game Changers” below address the major areas of inequality facing blacks that have been the focus of the NAACP’s work for a decade. Arguably, it has failed at every one of its goals in Baltimore, and its fate is reflected nationally.

1. Every person will have equal opportunity to achieve economic success, sustainability, and financial security.
–In the past twenty to thirty years, state and local elected officials have largely focused on areas of Maryland that have more “potential.” Many politicians have channeled money towards richer suburbs because these areas’ issues were less politicized and more “widely” accessible. The median household income for a black family in Baltimore is $33,801, whereas the median household income for a white family is $62,751. The solution? After decades of inequality, a Baltimore housing relocation program is correcting this disparity by moving blacks out of Baltimore.

2. A free, high-quality, public education for all
—Six Baltimore City schools — five high schools and one middle school — were found to have not a single student who scored proficient in math or reading in 2016. Data shows that despite maintaining one of the country’s highest per-pupil spending levels, a recent study out of Harvard University found Baltimore to have the lowest rate of mobility out of poverty in the country, a statistic tied directly to education as much as it is economic opportunity.

–After years of investing more money into schools than almost any other public school system, the 4-year high school graduation has increased by just over 8% since 2010.

3. Health equality for all Americans including a healthy life and high-quality health care
–Prior to deploying to Iraq or Afghanistan, military medical personnel train at the Maryland Shock Trauma Center in Baltimore, where victims of urban violence, car crashes, and industrial accidents are almost like wounded soldiers. The partnership was initiated with Baltimore after a 1995 Congressional Budget Office report found that only 5 percent of the cases that military medical personnel encounter match cases they would face on the battlefield. But 98 percent of the cases at a civilian trauma center match battlefield injuries. Is this the type of high-quality health care to be proud of?

4. Public Safety & Criminal Justice / Equitable dispensation of justice for all
—Overall crime rate in Baltimore is 145% higher than the national average, statistically, it is “safer” than 2% of the cities in the United States. In Baltimore, you have a 1 in 16 chance of becoming a victim of any crime. In the U.S., in 2015, Black men committed 36% of all murders and made up 52% of all murder victims. White men committed 30% of murders and accounted for 43% of all murder victims. Of crimes involving a single offender and victim: 81% of white victims were killed by a white perpetrator; 89% of all black victims were killed by a black perpetrator. Violent crime is largely intra-racial and devoid of racism.

5. Protect and enhance voting rights and fair representation
–The Maryland Legislative Black Caucus is a political organization composed of blacks elected to the Maryland General Assembly. Incorporated in 1970, the Caucus membership has grown from 17 to 56 and is the largest state legislative black caucus in the country. By drafting and sponsoring legislation to address constituent needs and by examining all bills that affect the black populace, the Caucus acts as a legislative body on behalf of the black community. Since 1987, 6 of Baltimore’s last 7 mayors were black except Martin O’Malley (white) mayor from 1999 to 2007.

Blacks in Baltimore have yielded tremendous political power for decades.

6. Expanding Youth and Young Adult Engagement
–In Baltimore, 60% of households with children are single-parent homes. Ninety percent of all juveniles arrested in Baltimore are black, but only 64 percent of the city’s youth population is black. In 2015, 16 percent of 15- to 17-year-old teens in Baltimore were raised in an intact, married family. Baltimore has spent millions of dollars in youth programs to fill the gap of “missing fathers” in the black community. In the U.S., married-couple families have declined from 78% of all black families in 1950 to about 17% today.

–In 1965, Daniel Patrick Moynihan, then an assistant secretary of labor in the Johnson administration and later a U.S. Senator from New York, issued his famous “The Negro Family: The Case For National Action.” In it, he wrote: “The fundamental problem is that of family structure. The evidence — not final but powerfully persuasive — is that the Negro family in the urban ghettos is crumbling.”

—Jason L. Riley wrote in The Wall Street Journal, “In 2012 the poverty rate for all blacks was more than 28 percent, but for married black couples it was 8.4 percent and has been in the single digits for two decades. Just 8 percent of children raised by married couples live in poverty, compared with 40 percent of children raised by single mothers.”

The real solutions aren’t more outreach, more organizations, more legislation, or more government. The solution begins with family. And it will take generations to change the paradigm. In general, a stable home life equals a successful child. The concept is simple, it’s the execution that is difficult. No organization, law or government can fill the void of “missing black fathers” and the burden it places on single mothers.

Black leaders are mostly silent on this. Instead of advocating for the family unit, the shift is on police violence towards blacks. In 2019, 259 blacks were killed by police in the U.S., 28 (10%) of those unarmed. Only about 1% of police officers involved with these deaths are charged with a crime and even less are convicted. However, even if all 259 killings (100%) across the U.S. were unjustified, in 2019, more than 348 people were killed in Baltimore, 90% were black–over 300. Of the 86 known murder suspects, 74 were black (86%) and 8 were white (9%). Again, this reflects the national trend that blacks are mostly killing each other (just as whites are mostly killing each other) and blacks commit a disproportionately higher number of murders.

This has been going on year after year in Baltimore. Multiply this trend across the country. Research the numbers for yourself: Los Angeles, Detroit, Chicago, Trenton, Washington, D.C. et al.

Where is the outrage?

Which “silence” results in the overwhelming amount of violence against blacks?

The unholy marriage between media and politicians benefits from shifting the narrative. Addressing the problem is not useful for those who want to hold onto power. Judging others by the content of their character rather than the color of their skin isn’t useful for those who leverage conflict and divisiveness to remain politically relevant in today’s toxic MSM environment. And it’s killing “people of color.”

In 2018, 14, 123 people were murdered in the U.S. and 6, 237 of those victims were black men (44%). Let that sink in and don’t look away from it: 6% of the population in 2018 represented almost half of all murder victims in America. Black men also commit half of all violent crimes in the country. Let that sink in. Who is killing the vast majority of blacks? Not cops. Not whites…and certainly not white cops. By and large, black men are killing each other. Where are Al Sharpton’s eulogies for these countless victims? It would be a eulogy almost every day, just for those killed in Baltimore alone each year.

Where is the outrage?

Defund the Police? No…defund the NAACP which has clearly failed in its own backyard. Defund Black Lives Matter for distracting from the largest killer of blacks by far. Hold black leaders accountable. Take that money, take that energy and invest it in strengthening black families. Return to MLK’s message of love, equality, and unity among all Americans. It begins with rebuilding families within the Black community. That is where love is born and nurtured.