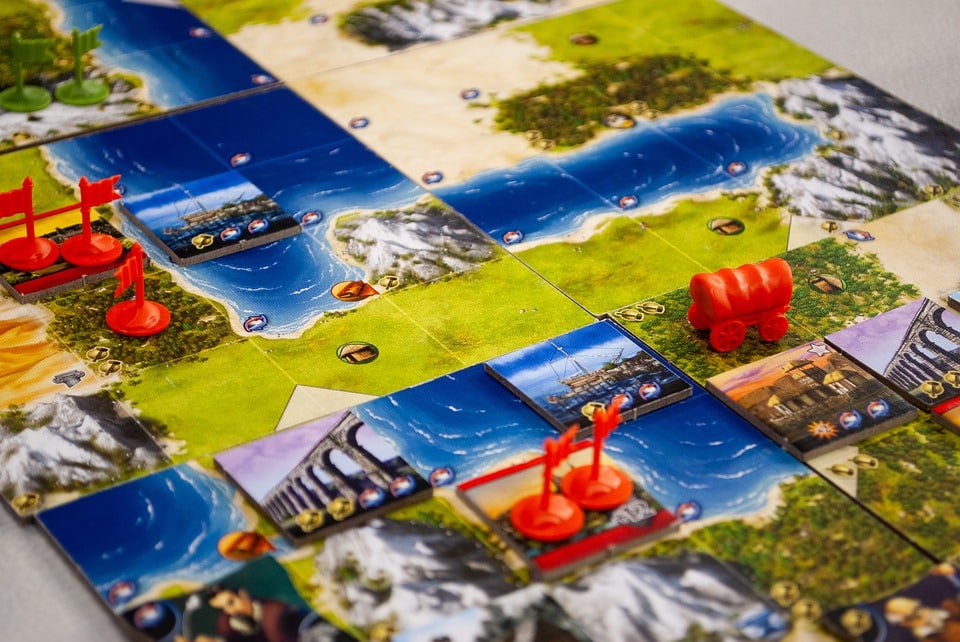 Should board gamers play the role of racists, slavers, and Nazis? This is the question posited in the title of Kevin Draper’s article in the New York Times that tackles the subject of board games with overt historical themes.

In the age of digital entertainment, it might surprise many of you to learn that the board game industry, much like the sa gaming industry, is not only still a thing, it’s thriving like never before. Board games, and tabletop gaming in general, is experiencing something of a renaissance, made possible by the same digital revolution that made video gaming a multi-billion-dollar industry. Computerized graphic design allows creators to design games more quickly and easily before. Cheap printing, both 2 and 3 dimensional, means that anyone with a little bit of time and money can produce their own game, and if they find a market for it, there are literally dozens of companies out there that will mass produce small batches.

In short, what was once a niche hobby for neckbearded nerds hiding in basements has become more mainstream than ever. But with that popularity comes controversy, as Draper points out in his article.

In recent years, there have been several games with topics such as colonization. One particular game, Scramble for Africa, focused on colonial powers trying to exploit the continent for resources. This, coupled with the allegedly insensitive way the game handled the atrocities that went hand in hand with said colonization (I say allegedly because I’ve not played it myself, not because I doubt the veracity of the claims) led to the publisher cancelling the game after a public outcry. Which, in turn, led to a discussion about things like censorship and the way that games that tackle historical themes should be handled.

Draper, it seems, takes the position that game designers should be held accountable for the content of their games, and that games designed around historically sensitive subjects such as colonization have a responsibility to make sure the player knows how destructive the real-life events were for marginalized peoples. In short, he argues, they shouldn’t be fun. Or at least, I think that’s what he’s trying to say. I freely admit that I might not be reading it correctly. It’s nearly 3 a.m., I’m going on the better part of a week without a regular sleep cycle, and this coffee isn’t kicking in fast enough. Proceeding under the assumption that I’m not hallucinating and that the purple unicorn on the couch who read the article with me is correct, I’m afraid I must disagree.

Games are art. I’ve never understood why this particular statement was so controversial. If something looks like a duck, quacks like a duck, and has a duck’s bizarre alien genitals, then we must at least concede the possibility that it’s a small aquatic bird that delights children and tastes rather good when roasted. Art, by definition, is the expression of human creative skill or imagination, if Google is to be believed. We accept that Michelangelo’s paintings were art. We accept that Banksy’s insanity is art. Why is it so hard to accept that games might be art?

Art does not have to serve a particular purpose, beyond what its creator or creators intend. Arguing that art has to Do Something is a nonstarter; would you criticize a 5-year old’s drawing of their family because everyone is happy and smiling despite the fact that daddy drinks and that mommy hasn’t had an orgasm without the intervention of batteries in months? Of course not. You smile and hang it on the fridge and pray that the day they realize just how hollow and meaningless life can be is many years away. Besides, you think to yourself, it’s better than anything Jackson Pollock shat out.

Sorry, where were we?

Art doesn’t have to be a point. But even if it did, who’s to say there’s not value in empathizing with Nazis, or slavers, or colonialists?

Unless you’re just a terrible human being who would do us all a service by suckstarting the nearest convenient 12-gauge, you can probably get behind the idea that Nazis are bad. If you paid attention in school, you might even understand a little bit about how they came to power. But how much do you really know about the rise of the Third Reich? My guess? Not as much as you might think. Hitler didn’t seize power simply by being good at public speaking. That was a part of it, to be sure, but the real story goes much deeper. If you want a really good summary in a little under 20 minutes, here’s the Sabaton History Channel recap.

A game that puts the players in the shoes of the common citizen during the rise of the Nazi Party might be a valuable tool to understanding how normal people could sit by during one of the most horrific chapters in human history. By learning to empathize with them via the lens of a game, one might understand just how it all happened, and in doing so, see the parallels in modern society and work to avert that outcome in the future.

But that’s a hypothetical. I’m sure there are games like that, but whether or not there are doesn’t really matter. Like I said, arguing that games have to have a point is, well, pointless. They don’t have to serve any other purpose than to entertain the players.

If you don’t like that there aren’t enough games that tackle history in an appropriately woke manner, go out and make your own.

This first appeared in The Havok Journal on August 6, 2019.