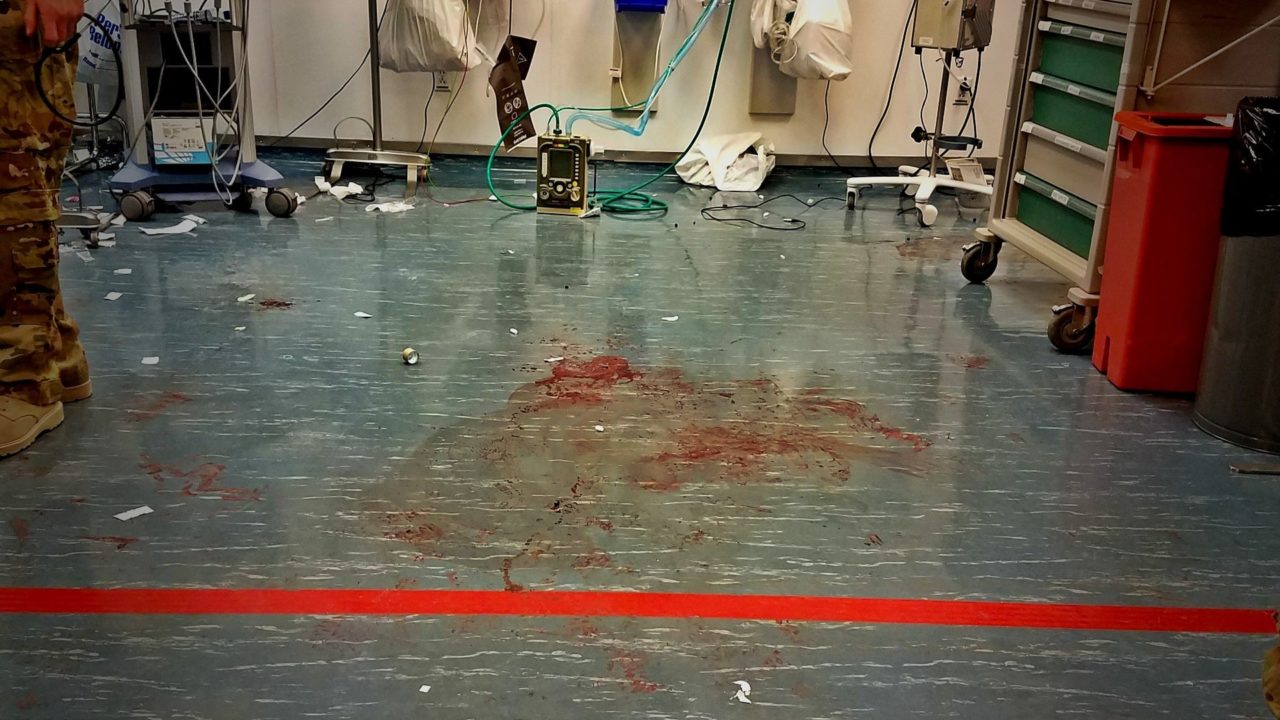 The memories weave together. An ink-black octopus cinching its grip tighter onto its prey.

2014. The night “combat operations” ended. Operation Enduring Freedom was no more. We receive 5 KIAs that night. One has his face blown off and another has a basketball-size hole in his chest. The young surgical tech is frozen in fear.

Rewind to 2010 and Dustoff is landing, we are expecting 10 Polish casualties unrelated to the deaths we had already been stood up for 3 hours earlier. I stand at the main hospital checkpoint with our 2 infantry medics assigned to our sector. We tell a full bird to fuck off because he is not on the mission-essential list to gain access. A crew-served weapon cracks off in the distance as he storms away.

It is 2014 and I hear the European siren that signals a Mascal. I howl to the alarm like a dog to calm my teammate and refocus his mind. He laughs, it works. He was a great teammate.

I am on the rooftop securing my fire sector, watching Apaches deal the fucking hate as they pop flares and sling orange tracer rounds into the cool night air. I am fucking electrified, alive. Our Army sniper gives me a fist bump and says “good to have you up here Reyes.” It is 2011.

We go to 2017 and the place has just been fucking rocked. The plume of smoke from the Vehicle Borne IED is hovering as my pager buzzes and alerts “Mascal: ETA now”. I don’t even tie my boots and in less than 27 seconds I am gowned up in the trauma bay pushing combat gauze into a fist-sized femoral hole, there is no artery to clamp, so I apply a second tourniquet and work down to the open leg. Bone, exposed and burnt. I reach for the leg to wrap it up but it is a wet noodle. It’s getting amputated in about 15 min but I wrap it over a SAM splint and Israeli bandage. The patient has a shredded arm and I put another Tourniquet followed by more wound packing and more Israelis. His left eye is dangling out of the orbit and the rest of his face is unrecognizable. He goes through 200 units of blood. The other 5 beds have identical injury patterns being worked on. Throughout the night the giant voice calls for all available blood, as volunteers drift in, myself included, to donate our contributions. 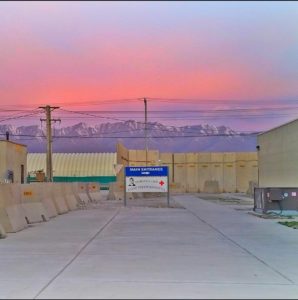 2015 and the rockets have found their way to the dining hall, killing 3 and wounding 8. That’s the night we re-implemented the rule prohibiting body parts and bodies to enter the trauma bay. The friends of those killed should never have seen that.

2017 and another blast. We wait as vehicles of opportunity roll up delivering us the carnage. One Marine screams out “my buddy is fucking dead!” as he carries his Afghan teammate, missing half a torso and both legs. We get word that Dustoff is 2 Mikes out with 1 CPR in progress. Rotors rumble the roof and we are ready. The doors open and CPR turns into a thoracotomy, cracked at the chest to gain rapid access to cardiovascular function. My patient seizes and a hemo-pneumothorax, I drill an IO to start lactated ringers and the nurse fires up the Belmont to start blood. Doc inserts a chest tube and we roll the patient to the Operating Room. He dies.

2010 and I accompany a team off base into the village to deliver an amputated leg to a family. This is to ensure “diplomatic” relations we are told while keeping with the local faith traditions. We chamber rounds and face our sectors hoping the meeting goes well.

2014 and the dining facility is hit again. Multiple dead. One of the KIAs has a live fuse from the 107mm rocket in his chest and my team evacuates staff from the facility. I offer to guard the body until EOD arrives. 30 min later they arrive and a surgeon unzips the post mortem bag and precisely cuts into the flesh removing the fuse from the chest cavity. EOD says it has an active 50-foot blast radius.

The octopus continues to slither its cold grip and I have hundreds of more memories. Hopefully, they can work themselves to the surface.

This first appeared in The Havok Journal on February 27, 2020.