HomeCultureChris Mintz: “Rough Men” Still Have a Place in Our Society 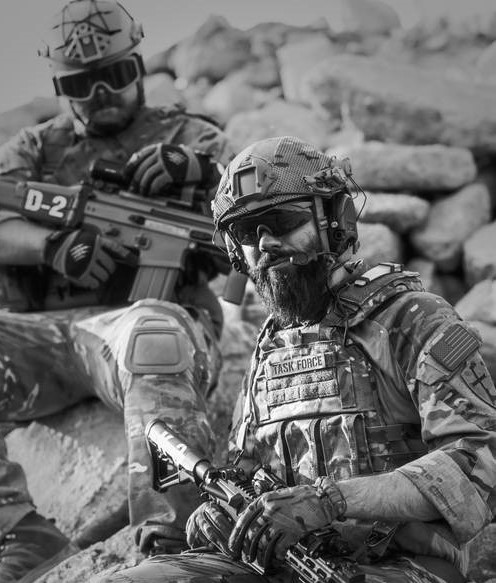 “People sleep peaceably in their beds at night only because rough men stand ready to do violence on their behalf.” — George Orwell (apocryphal)

This article first appeared in The Havok Journal on October 28, 2015.

Ronda Rousey. Genderless parenting. Women attending Ranger School (or joining Special Operations and combat arms units). The pregnant man. Katniss Everdeen. Title IX’s gradual elimination of collegiate wrestling programs. The UVA fraternity or Duke lacrosse “rapists.” Caitlyn Jenner. I don’t want to make too much of it all. But I don’t want to make too little of it, either. So let me just ask — it just me, or is there a strong cultural emphasis bent on turning women into men and men into women?

As far as turning women into men, I don’t know anyone that argues that women can’t be courageous or strong. And I love seeing Ronda Rousey fight as much as the next guy with beer-glazed eyes watching the big screens at Buffalo Wild Wings on a Saturday night. But I do think the pop culture of measuring women’s courage and strength by the same metrics as men to be something of an overcorrection. But at least it’s a correction in the name of empowerment. With men, society seems to have prescribed a strong dosage of disempowerment.

From banning toy guns at schools and hitting six-year-olds with sexual harassment charges to gleefully embracing anyone who punctures the masculine culture of brothers-in-arms, our culture seems to celebrate curbing and/or demeaning young men’s natural inclinations to protect others and to fight worthy battles. What are we afraid of? Do we think that, men, these untamed cauldrons of boiling testosterone, could, if left untamed, fall somewhere on the spectrum between misogyny and outright rape? Why are we so easily conned into believing that playing lacrosse or joining a fraternity naturally leads to gang-raping a woman?

This brings me to Roseburg, Oregon. During the shooting spree that occurred there recently, according to some reports, there was one person who actively engaged the shooter and ate seven rounds for his trouble. Chris Mintz is everything a modern man isn’t supposed to be. Not just an ex-soldier, an ex-infantryman. A father and an aspiring MMA fighter. What better caricature of a modern-day knuckledragger could you ask for?

In Revenge of the Nerds, he is an Alpha Beta, not a Tri-Lamb. In Breakfast Club, he is Emilio Estevez, not Judd Nelson. I don’t think he’d even be a character in Glee. Yet it was Mintz who had the experience to recognize the gunshots for what they were and tell everyone in his class to get down. It was Mintz who posted up outside his classroom’s door and told the shooter, “You’re not getting by me.” Though the shooter pumped him full of bullets, the shooter did not enter the classroom. Mintz won and got an intense hospital stay as a trophy.

This is the second time in the near-recent past, following Alek Skarlatos and Spencer Stone’s actions on the Paris-bound train, that we have a reason to celebrate young men who made the unpopular, anti-metrosexual decision to ply a soldier’s craft.