HomeNationContemporary AffairsVeteran And Oregon Shooting Hero Chris Mintz: Where Is His Invite To The White House? 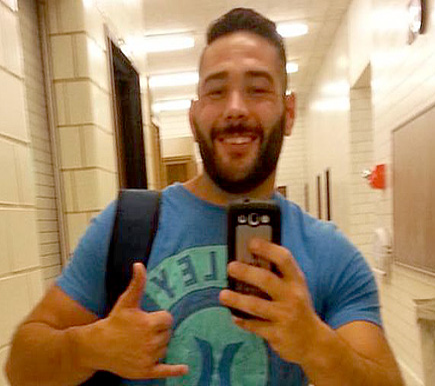 The White House is the Peoples’ house, but it’s the President’s residence. While he resides there, I don’t really care who he invites to come see him there; to me, that’s as much his business as it is ours.  But I do have to wonder about the criteria for admission.

Recent invitees include religious leaders, heads of state, a butterfly researcher, …and even a young boy who made an explody-looking “clock:”

But so far, the White House has been silent on the issue of Chris Mintz, the Army veteran who is being feted as a hero after he was shot multiple times while trying to save his fellow classmates during the recent tragedy at Umpqua Community College in Oregon. 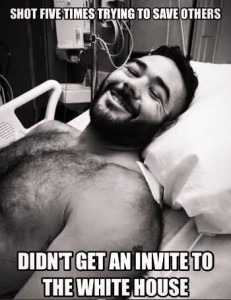 Is that what we’ve become as a nation, that someone’s crummy excuse for a school project lands him a personal invite from the President, but a veteran hospitalized with multiple wounds incurred while trying to save others doesn’t even rate a phone call?

At least Chris Mintz’s GoFundMe campaign is still going strong.  Perhaps that will generate enough news coverage to get on the White House’s calendar.  Or maybe in the meantime someone should start a petition.