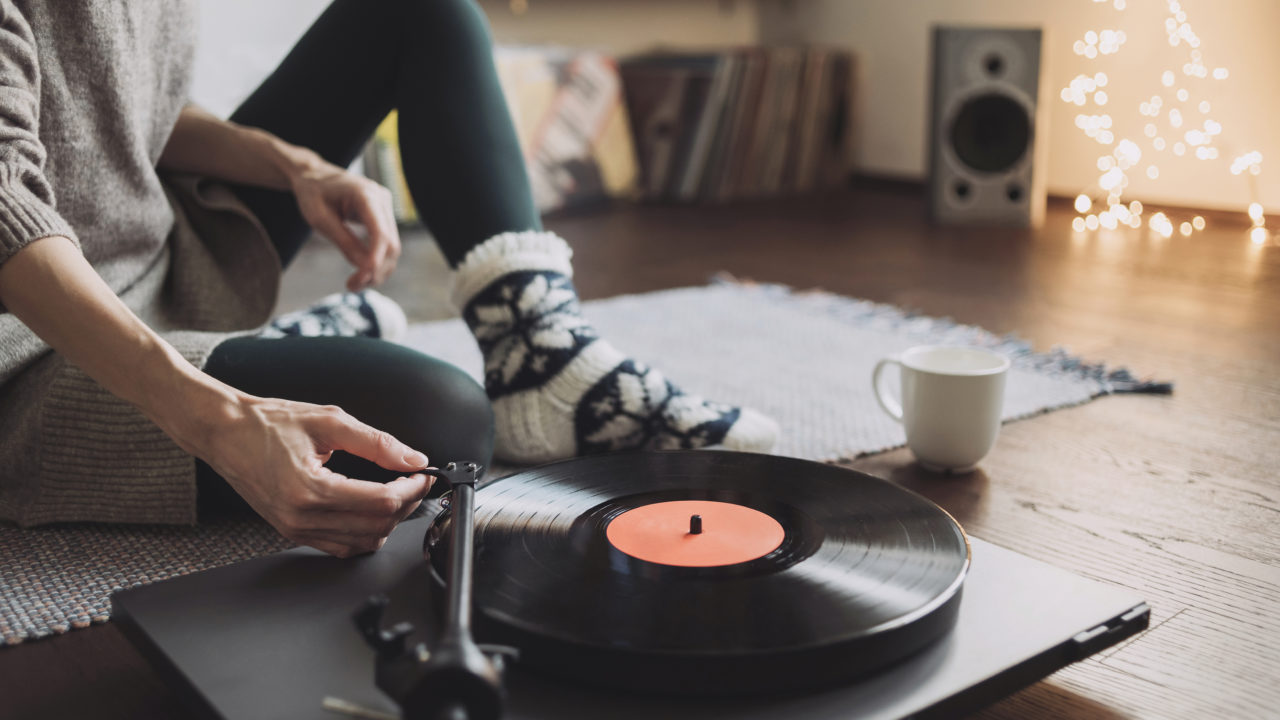 I first met Eric Spitznagel at a wedding. His mother was getting remarried and my wife and I were seated at the same table as Eric and his wife Kelly. We had never met before, and we have never seen each other since. But, he left an impression on me because he’s one of the most naturally hilarious persons I’ve ever met.

That, and he tried to kiss me. Not in that sort of way, but in a kind of an “I’m going to act like I’m going to kiss you to see what you’ll do” sort of way. In short, he’s the kind of person, who if he writes a book, you read it because you know you’re going to laugh your ass off.  In that regard, his new book Old Records Never Die:  One Man’s Quest for His Vinyl and His Past didn’t disappoint.

This book is about how Eric, who was going through changes in his life, decided to try to re-build the music collection that he once owned during his formative years. Not just the same records, but the exact same records that he owned. In doing so, he was searching for a former time: a simpler time of old friends, good music, and bad weed. A time before he was estranged from his brother, and a time when his father was still alive.

In a seemingly impossible investigative effort, Eric searches record stores in several states and retraces his steps in a hopeless search for his actual records, records that have been gone for decades. He focuses on the uniqueness of each disk. Some have distinct markings (a girl’s phone number written on the cover), scratches in certain places, and individual smells including his Replacements record Let It Be, which is where he hid his weed from his parents when he was a teenager.

Knowing Eric, I assumed that Old Records would be full of raunchy humor (it is), plenty of F-bombs (by the hundreds), and full of that brilliant and unapologetic wit that is exceedingly rare in journalism these days. It was certainly all that and more.

Being a child of the 1970s and 80s, Eric’s music collection was mostly vinyl at a time when vinyl was being phased out for smaller and more efficient media, media that was much less tactile, that had smaller cover art, media that was more stereophonically perfect, and media that didn’t get damaged as easily.

But, Eric teaches us that vinyl is the true soundtrack of our lives, not cassettes, compact discs, and digital. We aren’t creatures that are made of ones and zeroes perfectly built to never fail and efficiently created to fit on an MP3 player no larger than a postage stamp. We’re clumsy and imperfect. Life writes on us, bleeds on us, and scratches us sometimes to the point of nonrecognition, and in the end, we are what we are, scratches and all.

This book has something for everyone. Readers will deeply relate to Eric’s experiences if they’ve ever had a first love, been poor and didn’t know it, grown apart from a loved one or friend, struggled with a life transition, or lost a loved one and long to lift the needle of life and start the record over again.

In the military, we have this tendency to try to hold on to as little as possible because every two years or so, the movers have to pack and load. Being able to travel light makes this process a little easier. Accordingly, I have very few artifacts from my childhood remaining. I did manage to save one of my father’s records all this time, and if you’re familiar with military movers, it’s a miracle that this record survived almost twenty years of military service.

I haven’t listened to this record since I was a kid. It was at a time when we weren’t at war, when Ryne Sandberg still played second base for the Chicago Cubs when my sister and I were still best friends, and before my father left us and I thought he was the greatest man on the planet. Back then, I listened to this record on a Zenith turntable with a huge set of Radio Shack headphones. The only reason why I listened to it was that my father liked the Beatles, and I wanted to like what he liked.

In one of the most moving chapters of Old Records, Eric recounts, while going through stacks of records at his uncle’s house, he comes across his father’s old country records, Waylon Jennings, Hank Williams Jr., Merle Haggard, and Willie Nelson. This discovery evokes a flurry of memories of Eric’s father who had passed away, and is a stark reminder that sometimes we remember our loved ones most clearly and most exquisitely when those memories are accompanied by the music of their time. Those old country artists were the soundtrack of Eric’s dad.

Like Eric, the soundtrack of my life in the late 1970s to mid-1980s was mostly vinyl. We listened to the Captain and Tennille, the Imperials, the Oak Ridge Boys, and other groups that I’d be too embarrassed to own at this point in my life. But somehow that Beatles album survived.

When I closed the book on Old Records, I had a longing to do something I haven’t done in over thirty years. I walked down the stairs and retrieved the White Album off of my shelf and held it in my hands. I pulled the record out of the sleeve and saw scratches that I hadn’t seen in a long time. Then I closed my eyes and took in the smells of my youth, something that I couldn’t do with digital media.

Old Records Never Die will be one of the best non-fiction works that you’ll read this year. It will make you laugh and cry and then laugh again, and yearn for the sights, sounds, and smells of times gone by. It will make you crave the nostalgia of your youth while showing you that the path to the future is not so bad.