HomeCultureFamilyWhy You Never Turn Your Back on a Squirrel 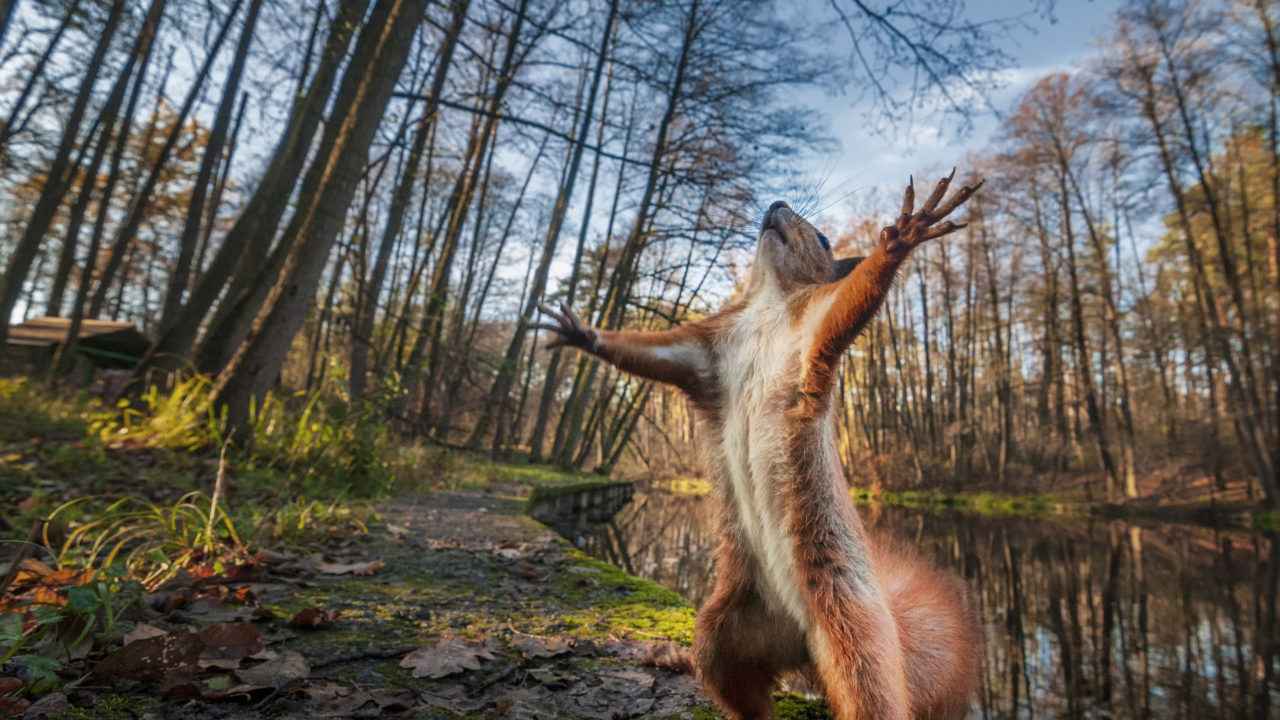 This first appeared in Frank’s blog on March 18, 2018, as “Squirrel Attack.” It is republished here with the author’s permission.

Hans and I were sitting on his patio, sipping beer, and looking at his backyard.

Hans said, “Look at the fence. See that squirrel there?”

“The squirrel on the fence, on the white fence.”

I looked. A grey squirrel was lying motionless on top of a wooden fence. He was staring at us.

“Hans, that squirrel is giving you the eye.”

Hans took a drag off his cigarette. “I know. I was attacked by one like that.”

Hans nodded and flicked the ash from the end of his cigarette.

He said, “Yep. I was with my buddy hunting. I was walking through the woods when this squirrel jumped from a tree onto my shoulder. I must have pissed him off somehow. He was fast.”

“Hell yeah! It was like if I was dead drunk fighting Chuck Norris. I couldn’t get hold of the thing. He was biting me and scratching my head and shoulders.”

Hans went on, “My buddy wanted to shoot the squirrel. I told him, ‘No! You’ll hit me!’ ” Finally, I grabbed onto the squirrel’s tail and I flung him into the woods like a bag of potatoes. He bounced and rolled a couple times. He didn’t come back.”

Hans continued, “The worst part was going to the hospital after that. I told my buddy that I was fine, but he insisted that I go to the ER. The rabies shot hurt worse than all the scratches and bites.”

Hans didn’t say anything more. He just kept watching the squirrel lying on the fence.