HomeCultureBand Together and Welcome Women into Combat Arms 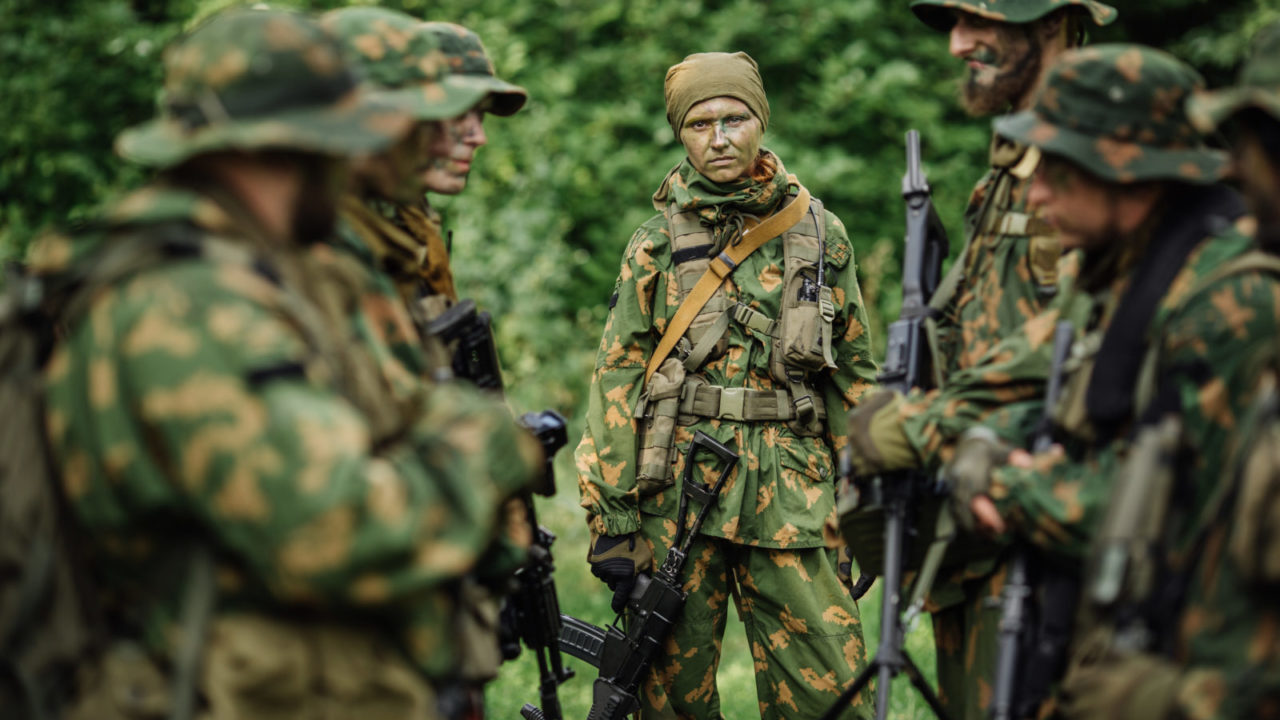 Editor’s Note:  since this article appeared in The Havok Journal last September, the Army has changed.  More women have graduated from Ranger School, and female officers are formally commissioning into the Armor and Infantry branches.  Most combat jobs, including most in the Special Operations community, are now (or soon will be) open to women.  What have been the immediate impacts of these policies?  Has your opinion of them changed one way or the other in the last year?

Like many Ranger School graduates (this author included), the first two female graduates of Ranger School took an extended tour, far longer than the scheduled 62 days, to complete the course.  Their ability to stand tall and give it “100% and then some” is having far reaching strategic implications for the armed forces at large.  The Army officially opened Ranger School to women on Tuesday September 2nd, while the day previous, the Secretary of Navy wants the USMC to open all positions to women.

These are the right decisions to make and it has been too long in coming.  First, everyone must remember that women are already serving in combat and have been for awhile. I wrote about this issue in “An Equal Opportunity to Die” back in July.

Regardless of the studies, anecdotes, and test classes in the School of Infantry, decision makers at the national level are deciding to change the combat exclusion laws.  If we truly believe our own bullshit about being the most professional military force in the world, then acclimating and welcoming women into combat arms ranks should be easy.

There are many military members, civilians, and others who will become emotionally extreme at the prospect of women commanding tanks and leading infantry platoons.  One argument is that standards will be lessened to allow them a chance to succeed. The most recent Ranger School and School of Infantry classes prove this argument is bogus.  Women can handle the rigors of combat and the stress of the combat arms, regardless of height, strength, supposed “women’s issues,” or anything else.  Let’s welcome them into the profession with open arms.

Each of the services espouse their own values but generally Soldiers, Sailors, Airmen, Marines, and Coast Guardsmen judge one another on two things: competence and trust.  These values are gender neutral, and are unaffected by decisions made at higher headquarters.  A strong swimmer, an expert marksman, and a seasoned pilot are trusted due to their tactical and technical competence, as well as leadership under stress.  Male or female is irrelevant, as someone who is competent earns respect and trust quite easily.  The military at large must remember this as the bottom line, and the transition will be easier.

What can our senior leaders do to help the entrance of women into combat roles?  First, the standards across all combat arms courses must remain the same, as was done at the School of Infantry and Ranger School.  A full combat load is a full combat load, regardless of who carries it. Second, punishment must be swift for men and women who go below board on morally and ethically.  Nothing tears apart a team faster than immoral and unethical acts.  In kind, good performance must be swiftly rewarded fairly and equally.  Finally, women over the age of 18 should be required to register for selective service.  Equal opportunity to choose any job field requires opportunity to be drafted in the ever-so-slim chance a draft is re-initiated.  This will allay service members’ fears about special treatment.

Any political hack, media commentator, service member, or civilian who says this cannot be done insults all of us.  Think about that for a second.  They have no right to tell us we cannot accomplish something.  By God, yes we can, and we will.  The cynics, skeptics, and detractors—and our allies and enemies mind you—will watch in awe as the most professional army in the world fully integrates women into all military occupational specialties.

Marshall McGurk is a former Special Forces officer, with operational deployments to Iraq and Afghanistan. The views here are his own and do not express the views of the Special Forces Regiment, the United States Army or the Department of Defense.