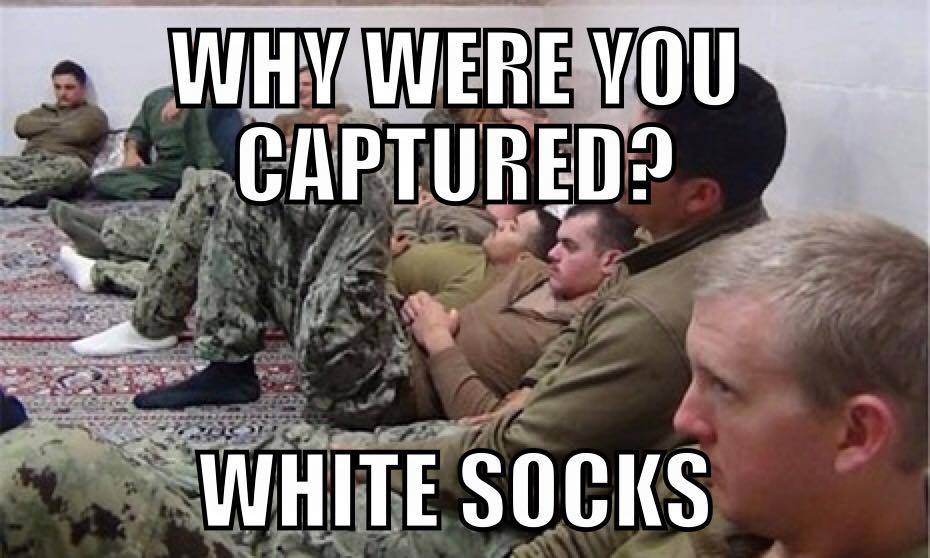 In a move we all knew was coming, the US Navy announced the firing of the commanding officer of the Coastal Riverine Squadron 3, the unit that had a number of sailors captured by Iran earlier this year.

Commander Eric Rasch took the fall for the incident, in which 10 sailors and two Navy ships under his command somehow ended up in Iranian waters and managed to get themselves captured by the Iranian Revolutionary Guards.

Adding to the embarrassment of capture, the sailors were relieved of their uniform tops and boots (revealing at least one person wearing unauthorized white socks), and were filmed kneeling on the decks of their boats with their hands behind their heads and Iranian weapons trained on them.

Even worse, at least one sailor went on camera to apologize for the mistake of entering into Iranian waters.  And despite the sensitive negotiations involving the lifting of US sanctions on Iran, the Iranians were quick to capitalize on the propaganda opportunity afforded by the capture.

This incident was a huge victory for the Iranians and a black eye for the US.  Heads would have to roll.  Frankly, I’m surprised it took this long.