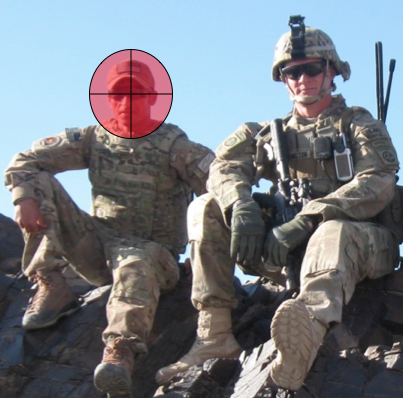 For avid Havok Journal followers, the story about #SaveDave is not news.  But a recent development has left supporters and advocates of the Special Immigration Visa (SIV) process, including myself, enraged and disappointed beyond disbelief.  The State Department continues to slow-roll the processing of SIVs, some of which, like Dave’s, have languished in the process now for multiple years.  While DHS, ICE, USCIS, and a host of other agencies are involved, it’s State’s program.  Therefore, it should not be abdicating responsibility, finger pointing, or doling out unsound and dangerous advice to those in the SIV process.

In 2012, Dave served as my company linguist and cultural adviser in the tumultuous Kandahar Province of Afghanistan.  He served the US Army for almost six years.  I endorsed his SIV packet application in the summer of 2012, and after a year of doing all the necessary paperwork and jumping through all the required hoops, Dave and his family’s packets entered the last stage of “awaiting final administrative processing.”  The State Department’s immigration visa website expresses the applicants should be patient, stating “this processing can take several weeks.”  After over 33 months, almost 3 years, since Dave and his family’s packet have entered the final stage, they are still waiting.

Sadly, this weekend, Dave’s situation took a turn for the worse.  Dave is now in the enemy’s crosshairs.  His photo, in a US Army uniform shaking an American contractor’s hand, emerged on an anti-American/pro-jihadi Facebook page that has over 70,000 followers.  The site identified him as an Afghan, listed his full name, province of origin, and that he worked extensively with Americans, earning multiple letters of commendation for his service.  The post ended with a challenge to other jihadis consuming the information: “the insurgents cannot do anything to him.”  In Pashtu, this phrase implies any willing aggressor spotting Dave in public is supposed to kill him.

In light of the development, I reached out to multiple congressional staffers who have taken a vested interest in helping crack the code of the SIV process and help get Dave and his family safely to America.  After a prompt response from Senator Isackson’s office, who reached out to the U.S. Embassy in Kabul, Dave received an email from a senior embassy official asking him to call.  According to Dave, when he informed the man about the death threats, the rather uncompassionate response was that the situation was “out of their hands.  I brought up [the death threat] and he said I should move to Pakistan or India until they get clearance from Washington.”

Dave served the US as a linguist for almost 6 years, and the best the U.S. Embassy in Kabul can advise him when he has a jihadi ABP on his head is “go to Pakistan” and wait it out?  Like picking up his family and moving to AQ, ISIL, and Taliban infested territory in the FATA is a better option?  Perhaps if he got an apartment managed by a Haqqani landlord in North Waziristan, the likelihood of his visa getting approved would increase?

In March, I asked Dave to share his thoughts on the delays and if he had the opportunity to address the American population and leadership, what would he say.  His response below is quite stoic, and his genuine thankfulness to the same country that his left him in immigration purgatory for the past four years is nothing short of amazing:

Is this not the type of immigrant and patriot we should bring to the US?  If you agree, please get involved, contact your representatives, and tell them to not only #SaveDave, but ensure the SIV opportunity ceases to be a bargaining chip with different factions arguing about the present draft of the NDAA that will be debated next week in the Senate.  I’d like to personally thank Senator McCain, and others like him, for their leadership by standing up for those who do not have a voice, and who are being left behind.  We must ensure there is #NoOneLeftBehind, especially those who risked their lives for the sake of our own country.

Let’s raise a unified voice so others realize that a man who served our country bravely should be afforded the right he’s earned to become a legal American citizen.  I’m asking you to simply use the links below, call or email your representative, and share this on as many social media venues as you possibly can.  If you’re as upset with others abdicating responsibility on this matter, you now is your opportunity to join the cause.  Visit the “SaveDave” Facebook group to learn more on how to contact your representatives and help me #SaveDave.  The clock is ticking.

***UPDATE: We received word this morning from a credible source that USCIS-Citizenship and Immigration Services is largely responsible for getting Dave’s packet processed. Please direct all further congressional inquiries to them!