HomeCultureA Second Class Citizen: My Time as a U.S. Marine in Okinawa, Japan 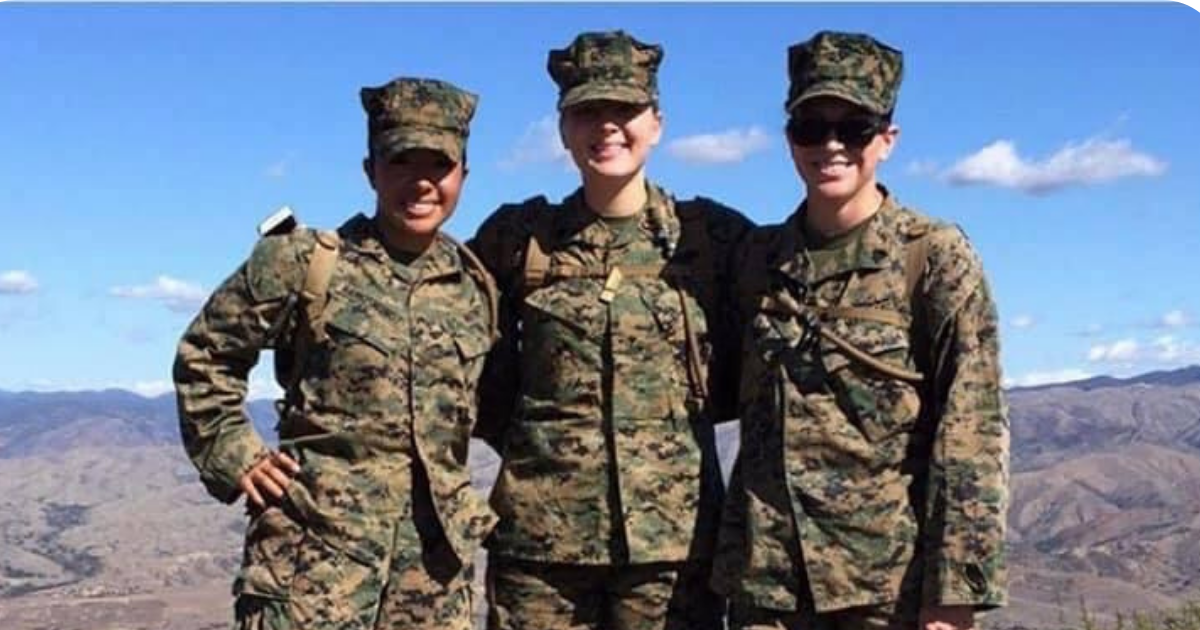 When I joined the Marines, I never imagined I would suffer from persistent loneliness, or that I’d have to travel down one of the darkest paths of my life.

My recruiter told me I would find brotherhood, lifelong friendship, and treasured memories. I did, eventually, but it took me four difficult years. During that time, I endured endless sexism, harassment, and bullying. I couldn’t have friends, and when I tried, I was labeled as lesbian or a whore. All I wanted was friendship. Instead of being called a bitch and being looked at as nothing more than a sex object, I needed to be treated like a human. I needed to be treated with respect and care as most of the males had treated each other on some level.

As I approached the end of my initial training, I was disappointed to learn my next duty station, Okinawa, Japan, would house these same people, and the toxic culture would follow us. Soon after arriving, the whispers, sexist jokes, and name-calling began. I was treated as subhuman; as a second-class citizen, and none could be my friend.

The male Marines quickly banned together and formed stereotypes of me. Looking back, I wish the male Marines would have known that I just wanted to be their friend. I wanted to be included, to be treated as an equal. I wanted an opportunity to be trusted to do my job as the rest of them were. To be included in outings and conversations. I felt so alone and I wish they knew. I wish you knew that it hurt to hear you call me a bitch, even when I consistently requested that you stop. I wish you knew I didn’t want anything more than friendship. I wish you knew I was a person too.

Because of the constant judgement from my male peers, I began feeling depressed. I traveled the island alone or in tour groups with strangers. It was fun initially, but a deep sadness began seeping in. I felt empty because I couldn’t talk to co-workers, and had no one to connect with outside of work. I continued alone, making a few friends, but they’d eventually drift off. Males were afraid that if they were seen with me, others would conclude we were sleeping together. I was also afraid of how others would perceive me since a simple rumor about a woman Marine could get them transferred from the unit. I just tried to keep to myself.

I became disinterested in work and I forced myself out of bed each day. I felt numb and out of place, floating in a separate world detached from all present things. I was hopeless, lost purpose and meaning in life. It was so bad that each day I would spend my time contemplating my life and how I could escape it. At the time, I didn’t realize my thoughts were suicidal. Running around in my mind were things like: “if you just disappeared it would be better,” or “there is no point to be alive on this earth, after all, I’m wasting my time”.

I was hopeless, emotionally void, and frightened — and I kept it all inside.  At times, this darkness drove me to drink alcohol excessively and things got their worst.

I thought about reaching out to a mental health professional, but I feared that if someone found out, I would be further ridiculed, or worse, discharged. I imagined the worst; that I would have failed at life and disappointed myself and my family.

I didn’t realize then that my life would still be valuable if I was not a Marine, or that I had so much more to offer the world. At my young age, I couldn’t see much farther than the next few months. If I could have, I would have wanted my younger self to know: it was okay not to be okay, it was okay to need help, it was okay to ask for help. I wish I would have known then that years later, I would have different goals, passions, friends, thoughts, and feelings about life. That I would someday discover that it’s healthy and courageous to talk about deeper, and perhaps darker, feelings and thoughts when they arise.

The stigma and the fear of reaching out was what largely kept me from pursuing psychological support.

This is a problem that prevents many Marines from asking for and receiving help when they need it most. Mental health is not taken seriously enough and is something that many, in all branches of the military, still view as something that can be brushed off. I have heard many times, “stop being a bitch,” “pull up your bootstraps,” “let’s get drunk, you’ll feel better,” which are all very problematic “solutions.” If members of the military were educated about mental health in a meaningful way and subsequently offered access to psychological services, our military would be stronger.

The idea to ask for help slowly became a bit more comfortable as I made my transition out into the civilian world. A few years after my contract ended, I began therapy. I started for many different reasons as the next few years were filled with sticky situations that life threw my way. As I am still in therapy now, once a week, I can truly say that it was the best decision that I have ever made, and continue to make, for myself.

I do not feel that I would be where I am currently if I had not made the choice to reach out and start therapy. I was struggling with extreme anxiety as I tried to navigate everyday life. Therapy has helped me learn how to better handle social situations, at work and at home, as well as all of the things that go on within my own mind. Talking about mental health and receiving therapy has helped me to feel comfortable and confident with and about my feelings, and I encourage others to do the same. It is the most freeing, not to feel alone, and not to keep it inside. 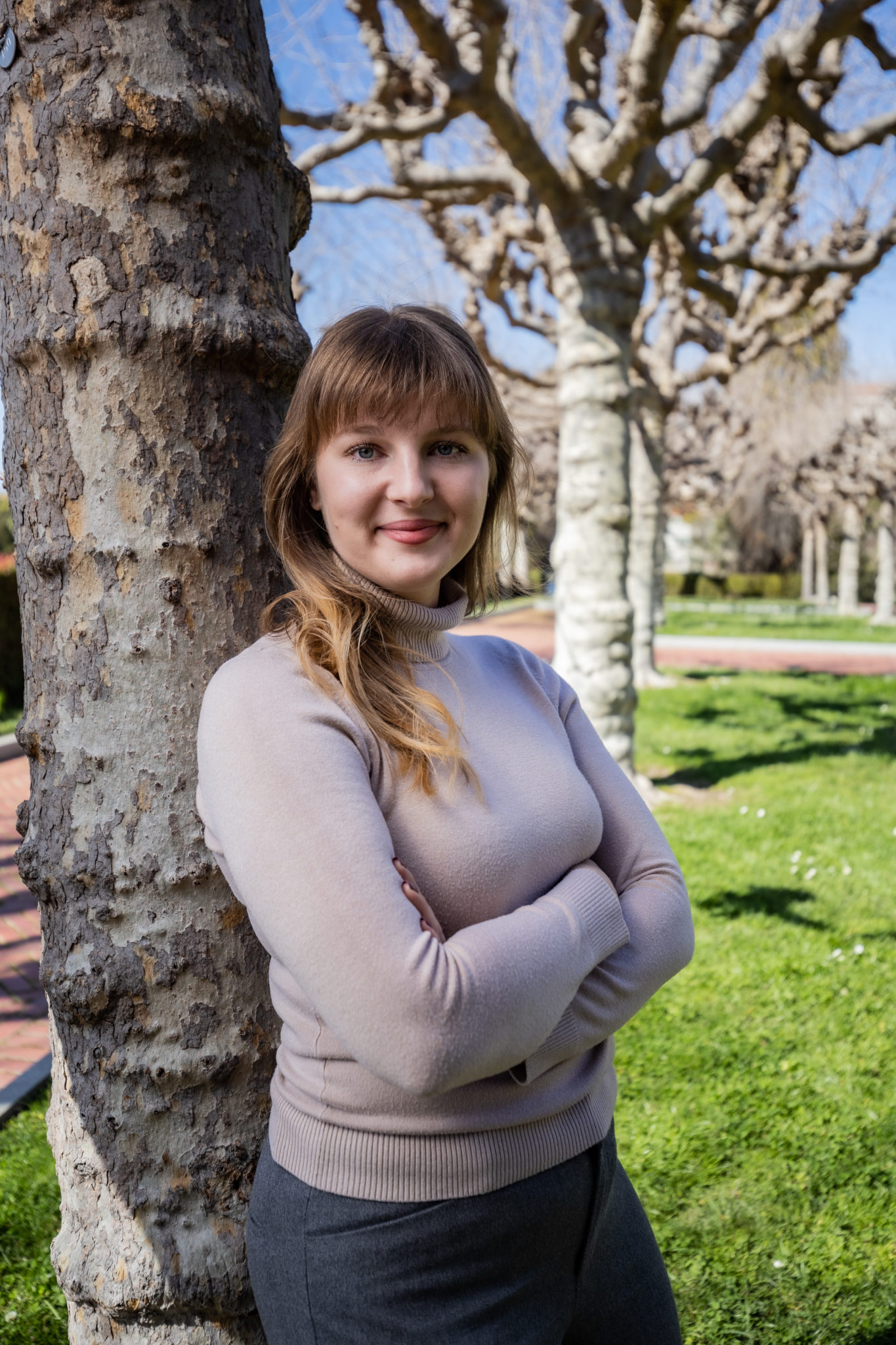 Whitney served in the U.S. Marine Corps as a Cyber Network Operator (Data Marine) from 2012 – 2016, was stationed in Okinawa, Japan, and Camp Pendleton, CA, and earned the rank of sergeant. She currently studies Ethnic Studies at the University of California, Berkeley, and is pursuing a career in higher education and mental health. Whitney currently works at Crisis Support Services of Alameda as a volunteer counselor.