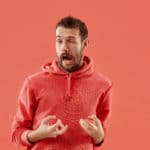 War Stories:  Is There Any Integrity Left? by Tanner Kuth This first appeared in The Havok Journal March 28, 2018. Today I read an article from the Daily Mail (a UK website) about a piece done in a recent issue of Glamour magazine on a female that is a former U.S. Air Force Public Affairs lieutenant. Lieutenant Lauren Johnson was interviewed on her tale of war and woe, … END_OF_DOCUMENT_TOKEN_TO_BE_REPLACED 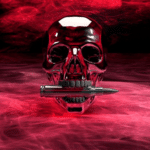 War is Hell, but We are Not the Devil by Tanner Kuth This first appeared in The Havok Journal March 28, 2014. Recently the Marine Sniper at the center of the “pissing on the bodies” incident spoke to the Marine Corps Times on camera. There are two (as with anything) glaringly obvious, completely different, opinions on the resulting punishment. Actually, there are three … END_OF_DOCUMENT_TOKEN_TO_BE_REPLACED 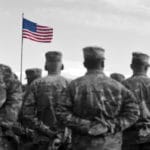 Garrison Life and How it Changed Me by Tanner Kuth This first appeared in The Havok Journal March 28, 2014. From the pussification of schools and discipline at home, to bringing back garrison discipline in the military... remembering how this soldier learned it was worth it... the hard way. Two articles posted by Ranger Up last week peaked my interest and got me … END_OF_DOCUMENT_TOKEN_TO_BE_REPLACED

So the world is in the midst of three simultaneous revolutions. Well that’s not exactly a new thing. However, for the first time in a long time, the countries in question are non-Muslim countries. The Ukraine has largely dominated the news waves, mainly because of the intervention from Russia and Vladimir Putin. Venezuela and Thailand have largely been ignored. Exactly why … END_OF_DOCUMENT_TOKEN_TO_BE_REPLACED