HomeCultureGarrison Life and How it Changed Me 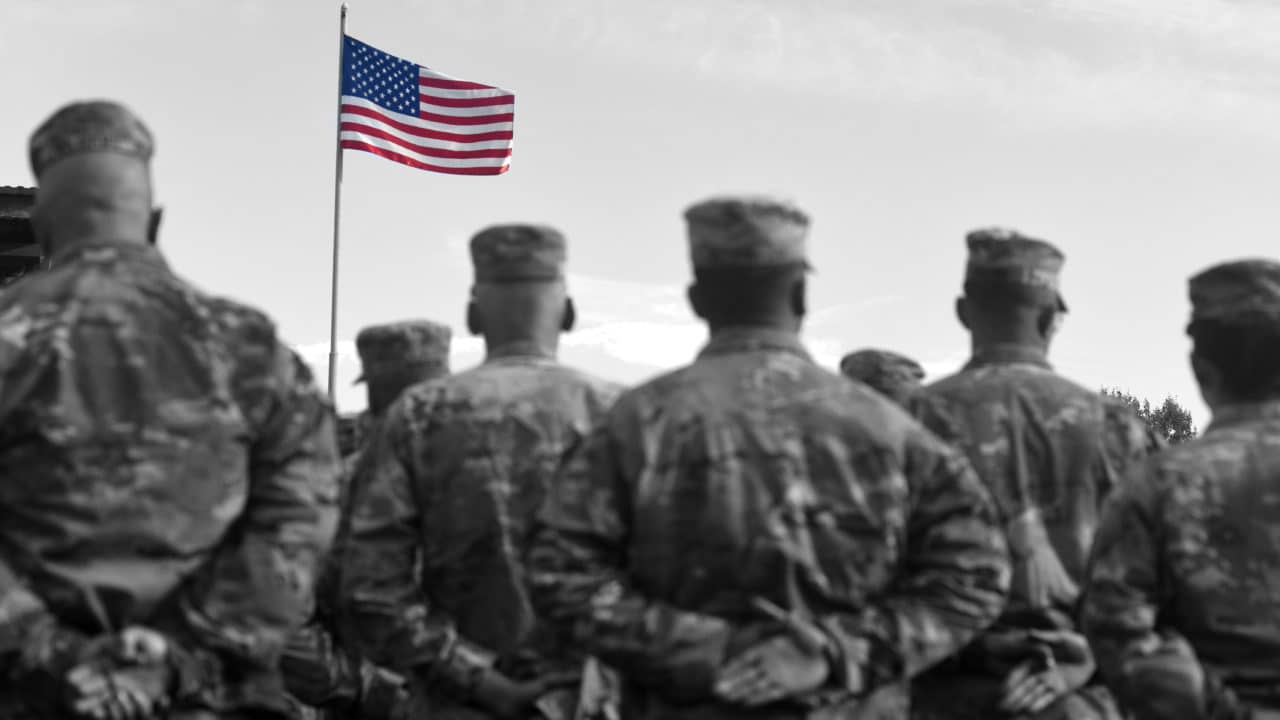 From the pussification of schools and discipline at home, to bringing back garrison discipline in the military… remembering how this soldier learned it was worth it… the hard way.

Two articles posted by Ranger Up last week piqued my interest and got me thinking. The ”Pussification of America” article about schools overreaching power into our children’s lives, while not teaching them the fundamentals hit the nail on the head in my opinion. Then Ranger Up followed with an interesting article from the Business Insider that detailed the services plan to get back to good order and discipline in garrison. The comments section sparked the debate on this one, with most soldiers complaining about the impending changes. Honestly what else is new? If you’re a grunt, you know that complaining is the soldier’s number one way to pass time. We all do it, at all levels.

It ain’t training if it makes sense. But what is it that most don’t understand about this decision? Many are offended, saying now that they’ve served their purpose of wartime surge of bodies, that they’ll be cast aside and forgotten. I think some are overreacting and will be fine in the long run; others may well have cause to worry. The excess will always be cut, and if you’re not at the top of your peers, maybe it’s time to look in the mirror and shape up or prepare for your walking papers. I don’t know what the new tattoo policy will be, and I love tattoos. But as long as good soldiers are grandfathered in, again it’s not something I would get out over, although I would complain profusely. I like long hair and beards, but the military will do what it wants, we all just have to fall in line and do our jobs in the long run, until someone else loosens the policy again.

I’m going to give it to you from my point of view. I was not a model soldier- not when I got out and especially not when I joined. I believe I became a fairly good representation of the uniform, and had the respect of my peers. But I definitely remember earning it by fire both in combat and before that, in garrison. I was a “strong” soldier, as I often was in trouble. I didn’t join out of the goodness in my heart and desire to serve the country for something greater than myself. I joined for personal and selfish reasons. I wanted college money, I came from a broken home and not everything was handed to me on a silver platter. I got in trouble with the law and was looking at a decent amount of jail time, my Army contract helped me get my record scrubbed and jail time dwindled down to a few weeks to pay off fines. I wasn’t a horrible kid, but I was a punk.

I was angry at the world for my childhood that didn’t fit my peers seemingly perfect lives. I grew up in a time where teachers and parents told us it was all about us and we could do whatever we put our minds too. Hitting roadblocks that my peers didn’t have frustrated me, because I was young and thought I knew everything. My Mother and Step-Father did well by me, but they weren’t perfect. I was instilled with a lot of respect, although like most young people, at some point I began to rebel. I remember watching my friends who had both parents in middle class homes, calling their mother’sbitch’ and stealing from their purses. I didn’t behave that way, but it still had an impact on me as a young man. Thinking I was more important than I was. We grew up in a culture that bred selfishness and I was a product of it. To be fair, the newer generations are even worse in my opinion.

So how did all this go when I joined the Army? Not so great at first of course. I was a problem soldier in Infantry basic training. Always challenging authority. Got caught sneaking off to the PX and getting snuff and candy for other soldiers to make some extra cash and because I was bored. That little stunt lost my whole company their first pass after marksmanship training (who knows if we would have gotten it anyway, but it gave the Drill’s the excuse they needed). I remember getting smoked the day before graduation and my Senior Drill telling me that I definitely learned to PT, but that he should recycle me for being such a pain in the ass, but that he believed I had the potential to be a super soldier. He was ultimately correct; I do believe I became an above average soldier in the long run. I served in an LRSD unit, attended the Army’s “Advanced Land Navigation Course”, and had been selected for Special Forces and attended the Q-course (before being hurt). But all of that came much later.

I had many growing pains before becoming that soldier. But it was made possible by my good leadership that continuously put up with my whiney bullshit. They didn’t coddle me, they put me in the front lean and rest… a lot. I remember hiding girls in my locker during barracks inspections. I remember getting in fights downtown and in formation with other soldiers. I talked back to Specialists when told to sit on the floor of the LMTV during movements to the range and back. I remember not shining my boots and being late in the mornings for cleaning the bathrooms before PT formation. I remember shining the floors of the leadership’s offices and hallways.

I remember not being allowed to sleep on staff duty, having to read Board manuals instead of watching TV on laptops or playing PlayStation. I hated it, but looking back I do believe it made me a better and more disciplined soldier. I knew my job better by year 3 of my career than most E-5’s today probably know theirs and I didn’t even care the first two years if I was learning anything, but I did. I remember complaining that a certain type of training was stupid and a waste of time. And then I remember all the corrective training my NCO’s gave me, to drive it into my thick skull that the world didn’t revolve around me and I needed to shut my mouth and do what I was told until I had EARNED my own stripes.

Eventually, I did just that. Slowly I embraced the suck, and oh I still complained, but I conducted myself with a lot more pride in my chosen profession. I began to take pride in my appearance. I starched and Ironed my uniforms, burned off the loose threads, shined my boots even though I knew there was a chance that by 0930 the next morning I would be in the front lean and rest for something someone else in my squad did wrong and they would be all scuffed up.

Now I miss the days when we had an open ranks inspection on Monday and the First Sergeant would give each Junior in the squad who had worked the hardest on his uniform, outperformed his peers, and who had worked equally hard answering board questions the day off. Even better, I miss the days when my First Sergeant was so impressed with the level of pride and individual effort shown by his company that he yelled ZONK!!! And gave the entire company the rest of the day off. I miss Sergeants time on Thursday’s, where the entire day was given to the Staff Sergeant to take his squad and conduct training in the AM, and on a good day, a great Squad Leader would come up with a great ruse to get us all off base and at the movie theater, a park BBQ, or the beach by noon for some squad bonding.

All of this built the team, and even though we hated the stupid shit, I was unknowingly being built as part of a team of men who suffered through all the fuck-fuck games together and grew so close that even twelve years later I can meet them at a bar and pick up our friendship right where we left off. I would not have been to that point had my NCOs not pushed me to be a better person, much like a parent. I would have remained selfish and entitled in my own mind and I’m not sure the person I am today would like the person that would be in my place. I say discipline is not the enemy, focus it in the right way and you will change boys into men and civilians into soldiers.