HomeNationHere’s to Russia’s Exceptionalism; Where’s Ours? 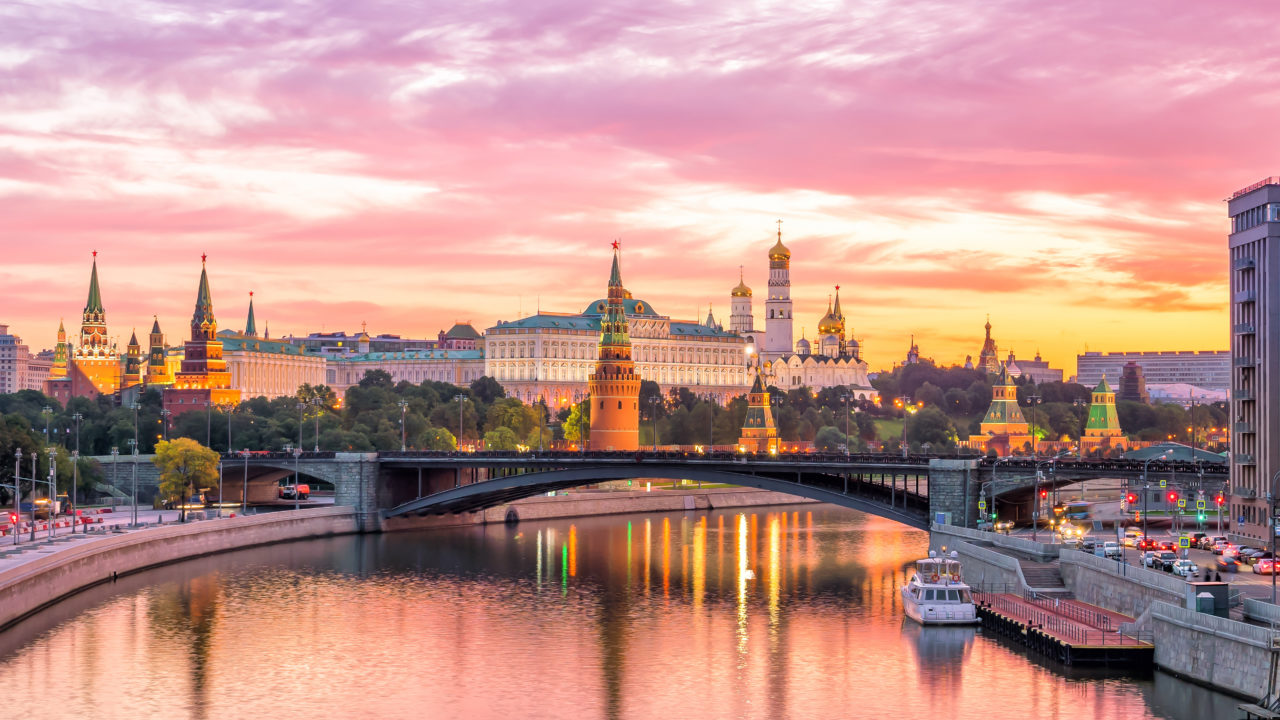 So the world is in the midst of three simultaneous revolutions. Well, that’s not exactly a new thing. However, for the first time in a long time, the countries in question are non-Muslim countries. Ukraine has largely dominated the news waves, mainly because of the intervention from Russia and Vladimir Putin. Venezuela and Thailand have largely been ignored. Exactly why these two countries have been ignored I cannot for certain say, although I have many speculating ideas. I believe it’s the fact that our interests in Ukraine outshine those in the other two countries. We have more interest in the resources and location of Ukraine. We also have a treaty signed with Ukraine to protect them after convincing them to give up their nuclear weapons. I also believe there is such a clear line drawn in the political sand in this country, that the less revolutionary coverage that non-Muslim countries receive the better for our supreme leaders. We don’t want the American people getting any revolutionary ideas of their own.

Even in the case of Ukraine, the coverage was limited until Russia entered the fray. Now it’s less coverage on rebellion and more coverage on an unprovoked invasion. In Ukraine, there are numerous amounts of people who are pro-Russian. It’s hard to trust any numbers and I mistrust any news that comes from our government over the issue since we obviously have political and economic interests in the matter, but the telltale sign is all of the Russian-speaking youth who have been out in force since the rebellion began. So many in fact that Russia probably has a very easy road into annexing at least nearly half of the country without much of a fuss from the inhabitants themselves, but of course that remains to be seen. But let’s talk about why I am torn on this issue and Vladimir Putin.

I am a huge critic of my own government. I hate political parties altogether, but if forced to pick one I largely fall on the side of libertarian views. I believe political parties have too much influence in politics and keep us all from voting for people who do and mean what they say. You can’t expect a politician to stay true to his word when it’s really his political party that sets the tone for how he represents us. Without party affiliation, no candidate really has much of a chance in our political landscape. Not only can third-party candidates such as libertarians not compete, but also most truly independent candidates don’t have the money to successfully campaign against the type of cash that the two main parties in this country can raise. Also, how many people go to the ballot boxes, and vote nearly down the line for all kinds of different public officials; not knowing anything about those candidates, but just simply check the box next to one of the names with a party affiliation next to it? It’s lazy for one, but even worse, you don’t have any idea what you’re actually voting for.

These lower positions matter. It leads to the types of state laws that surprise the hell out of the state voters when they are passed. How can the passing of a new law, gun control, for instance, surprise you when you don’t really even know the politicians you voted for and their political stance on the issue in the first place? Like many things in American life, political parties help make that easier for you, supposedly. You choose the party that best fits your political ideals, vote for the candidate that claims allegiance to that party, and hopes they vote the way you expect them to. You can’t hold a man to his word if you don’t know what his word is. And you can’t expect him to be held to his word if his votes are beholden to someone else (the party). Even George Washington famously spoke about the bane of political parties in his farewell address saying in no uncertain terms that they would ultimately lead to despotism.

Today our government is largely polled as not supporting the will of the people. In the 15 years since I became a legal voter, our presidents and Congress have had horrible approval rates. More and more, both of the major parties lean towards the type of political alliances in the world that seem to entrench us in an ever-increasing role in world government. We continue to give the United Nations more and more influence over our own sovereign issues. With the UN issuing treaties governing gun control, how can we continue to believe that we are the ones deciding our children’s futures? We continue to socialize this country more and more.  I can think of many examples that illustrate this point:

You can be sure there is a distinct war on American values. Throw in the glaring truth that the middle class is shrinking, the rich keep much of their money in foreign assets and banks, and welfare is on the rise, the recipe for world government is becoming more and more clear.

It is in this that I find Vladimir Putin interesting. Ukraine was on the verge of joining the European Union. Their government was very pro-west. With the U.S. having more and more influence on the world, we in turn have given the world more and more influence on us. The European Union continues to bow to Muslim interests, and we are no different. Saying that we will allow Muslims who have been previously connected to insurgent groups to relocate here to the states, really blows my mind as a service member. While I am not a religious person and don’t support the rights of one religion over another, I do see the obvious irony in the accommodation we provide for Muslims in this country who are outspoken in their hatred of America and wish to impose sharia laws. Putin doesn’t put up with that shit. He straight up says that if you want to be Russian, then go there and learn to be Russian. Don’t expect them to learn your ways and accept them as their own. I cannot fathom why we have not taken this stance.

I am not a racist. I love my fellow countrymen of all color and creed as long as they are first and foremost, American. I don’t like people who push their religious piety on me, not even Christians. I believe in the separation of Church and State. But also I can’t stand people who come here and try to turn this country into their country of origin. Do you want to fly the Mexican flag? Move to Mexico. If you’re proud of your heritage, fine; but don’t expect my kid to have to celebrate it. Do you want to celebrate a national heritage in school? It better be American heritage. You can cook us your food, show us your style, and attempt to entertain us with your music, other than that keep your original nationality to yourself; you can’t force it on us. You are either here to be an American, or your not. If you’re not, get out. Why is it so wrong to say that? I have German ancestry (among many others, I’m a fucking mutt), but I don’t feel the need to follow German ideals or for other people to celebrate the fact that I am part German. I’m American, and that is all that really matters.

Vladimir Putin is a polarizing figure. He’s ex-KGB and very well could be headed towards an outright dictatorship. Will that lead to mass murder of non-Russians or government decenters (if they are socialist/pro world government decenters, then I hope they dismember/quarter them old school Russian style, they are a disease and deserve a horrible death)? Who knows? But at least he’s a patriot and believes in Russian exceptionalism. The leadership in our country just continues to muddle the waters of our own identity. We continue to allow the rest of the world to influence our laws. I’m not saying Putin is right for us. I’m not an advocate of dictatorship in any form. But it seems to me that in today’s world political landscape, Putin and Russia may be the only ones willing and strong enough to stand up to an ever-increasing move towards a world government.

With the rich of the world becoming less and less patriots of their own country and more and more citizens of the world where profit is the only thing that truly drives their moral compass, a strongly entrenched dictator may be the only thing that can stand up to them. I’m a firm believer in the fact that a one-world government is a true and realistic possibility in the not-so-distant future. Perhaps not in my lifetime, but possibly my children’s or grandchildren’s lives. I also believe that in such an event, the middle class will be nearly eradicated. There will be have’s and have not’s, and in between will only be the government service workers (politicians, police, military, etc.) who keep the lower class in check. Upward mobility through the classes will become increasingly difficult, and the ability to think and act for yourself will become more restrictive with it. Sound familiar? It should because that is exactly what is happening in our country right now.

With more and more instances of government intervention into people’s personal lives, it should be very clear to people just how much of our lives are being dictated by the government. Don’t believe in having health insurance? We’ll force you to buy it. Want to protest the government? Better not do it near a government official. Want to own a weapon in order to protect yourself? Better not bring it out in public.  Want to report unbiased journalism? Better start an online blog. Want to report a story on your biased, 24-hour news station? Better ask the FCC first.

Russians and the people who still feel loyalty to their USSR heritage respect Putin and his strong leadership. And in a way, I can’t blame them. It seems to me that it has been an extremely long time since we have had a president in this country that was, to steal a term from my friends at Ranger Up, “Unapologetically American”. As long as Putin can throw a monkey wrench into the fray and give Americans time to get our heads out of the sand, then I’m on his side for now. My interests don’t lay in Ukrainian independence. My interests don’t lay in the European Union or the United Nations.

My interests lay here in the United States of America. I care about our citizens, our children, our constitution and the individual liberty that it was designed to protect. And I know I’m not the only one who feels this way.