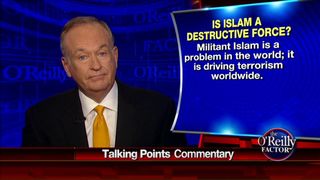 Recently, there has been a great deal of debate in regards to the nature of Islamic State threat and whether to categorize it as ‘violent extremism’ or explicitly call it ‘radical Islamic terrorism’. The debate has become popular both in the media and the halls of power. Inside the military, junior officers and lower enlisted all the way up to flag officer rank are talking about the need to ‘define the enemy’— almost always with a slant that the country has failed to do so. Some of the discussion has been very interesting with Grame Wood’s recent article What ISIS Really Wants in the Atlantic Monthly being a good example — although there are some downright scary exhortations from the fringe.

Frankly, I think the conversation is a waste of time. 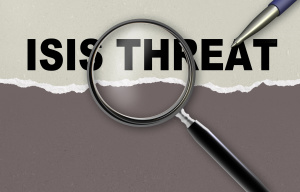 I don’t condemn the current discussion in the sense that I don’t think it appropriate to understand the enemy. Putting aside my white hot disdain for the Islamic State and everything it stands for, I submit that it is vitally important to study, understand, and even empathize, in order to better understand what motivates them — all in the service of eventually destroying them. But when I listen to person after person talk about ‘defining the enemy’ in increasingly dire and condemnatory tones, I realize this whole debate has almost nothing to do with the enemy. It has become another bullshit front in the all-consuming ideological wars and I find it to be infuriatingly stupid.

Not to mention it is unnecessary. Are we, as a military and as a nation, really that confused over who the enemy is and what ISIS represents?  After 14 years of war, most of the professionals understand the ideology of this foe. If polling is any indication, Americans by and large believe that ISIS is evil and are willing to underwrite military action to see the threat reduced and destroyed. There are no significant movements that I see in America, population or politically, that advocate accommodation with this foe. While one can debate strategy — and should in my opinion — we appear to be pretty committed to seeing this one through from my aperture.

So what gives? I am starting to believe that what we have is not a ‘defining the enemy’ problem but a ‘defining ourselves’ problem. We are 14 years into a war on terrorism and have never truly defined an acceptable and reasonable end state — and thus it is always 8:46 AM, September 11th in America and thus perpetually destined to always be at war.

Why are we fighting? Is it to prevent another 9/11 attack? If that is the case, I would argue we have been pretty successful on that front. Or is it to eliminate violent ‘Islamic’ extremism wherever and whenever it is found globally — a Sisyphean task that can only be achieved through multi-generational nation building across the entire spectrum of state and social power at staggering expense requiring a single-minded national effort — over decades — equal to or exceeding the Cold War? Or is there a rational place somewhere in the middle of total war and force protection?

Because as a nation we haven’t decisively answered that question, we are left with puerile debates about are we facing ‘radical Islamic terrorism’ or are we evading that question because we are ‘too P.C. or weak’.  Of course we are fighting radical Islamic terrorism, a bunch of disempowered disenfranchised death fetishists who believe that all would be right in their world — if only they could reconstruct a long dead Caliphate — and are willing to do what it takes.  I think that is not lost on anyone, but I would contend — so what?

Does it change a single action that we have taken to date or will take in the future? I think everyone realizes who these people are. I can completely understand why one wouldn’t want to explicitly grace them publicly with a religious brush.  When the necessary method of combating these people’s   ideology is reliant largely upon the efforts of other Islamic nations, do you want to alienate them by saying you are against Islam? Sure, we can say ‘radical Islamic terrorist’ but given the mixed messaging in the U.S. (thanks Florida Koran burning preacher), a lot of folks in the region are going to leave off ‘radical’ and ‘terrorist’ and hear ‘Islamic’. Thus we once again score an information ops ‘own goal’ on ourselves.

One of the lessons learned in the last 14 years, and a strong source of background tension, is the limits of US power. This is one of the reasons why I don’t think we have had a serious national debate on our war aims/goals — because we already engaged in something akin to a total effort in Iraq, badly at times, but pretty significant in the eyes of the American public — and it really sucked. We applied vast amounts of treasure and the entire power of the United States military to a pacification campaign and to change an entire society at the heart of the Middle East.  We won at the pacification, but of course, we failed at the societal change part because unless you’re willing to stay for decades — and refight that pacification campaign every decade like the British and Turkish did when they controlled the area, then you aren’t going to succeed at that task . . . and that is just one country in the entire region.

It is important to frame it this way. While I think that every American is good with stomping on ISIS, if we really had the national debate in question — we might find that the American public might be quite reluctant to do much more than that. Certainly they will always want the Homeland defended and I don’t think there will ever be a serious call to not kill bad guys who threaten us. However, the multi-generational whole of government Cold-War redux to defeat Islamic extremism everywhere?  That boat sailed a long time ago. This isn’t 2001 anymore — this is post OIF/OEF 2015 (with the weight of those memories on the national psyche). We are in the post — ‘End of History’ world where in addition to Islamic extremism and domestic economic and budgetary constraints, we will have to deal with a resurgent and insecure Russia, near-peer adversary in China, regional boogiemen like Iran and North Korea, and a parade of instability brought on by global income inequality, demographic explosions and resource scarcities brought about by ecological collapse. The future is not going to look like the uni-polar moment we had during the Cold War or the GWOT, it is going to look like Westphalian Europe crossed with Mad Max and everything America does in the future — including the fight against terrorism — will have to take that grim fact into account.

What do I think should be the road forward? I think we shouldn’t waste a lot of effort ‘defining an enemy’ who does a perfectly bang up job through their media defining themselves. One thing you got to love about ISIS? They pretty much tell you who they are and what they want. I think we should spend our efforts defining a strategy with a clearly stated end state that is appropriately scaled and achievable within the confines of what the country is willing to spend and commit.

Let’s have the debate above. If the American public wants to sign up for the global fight everywhere and anywhere and bear the cost in men, material and money, then let’s reinstitute the draft, raise taxes to pay for all the toys needed and get ready for the show. Otherwise, tailor the objective to the national interest and will, then step back and let the military complete the task.

<Addedum:  The views in this article are strictly my own and don’t reflect the viewpoint of anyone or any organization save my own thoughts and musings.  Frankly, I am constantly reforming and refining my thoughts on this subject but as I read more about the cycles of history, the more I think we have seen this show play out before in this very region and we are going to be spectators rather than primary players.

Editor’s Note:  This article originally appeared in blog “Night of the Misfit Toys” and is re-posted here with the permission of the original author.