HomeWorldMiddle EastUlama in the Kingdom: Useful Pawns or Strategic Partners? 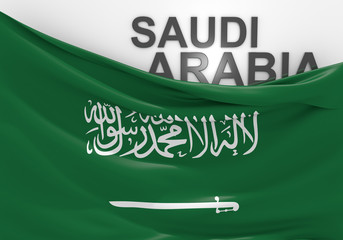 Prior to reading portions of Nabil Mouline’s The Clerics of Islam I did not see the ulama, or Islamic clerics of the Kingdom of Saudi Arabia, as anything more than religious pawns for the royal Saudi family to use when they needed to justify political decisions or legitimize their actions. However, reading more about the religious establishment in Saudi Arabia convinced me, while they may still be somewhat subordinate to the House of Saud, they are much more equal players than I previously thought. Ulama as a term generally translates to “knowledge and understanding.”[1] More specifically, these “self-proclaimed guardians” of the Islamic faith and traditions mean, literally, “those who know” or “those who possess religious knowledge.”[2] They see themselves as the gatekeepers of the true version of Islam and jealously guard this status and their influence on the population of Saudi Arabia and others who subscribe to the Hanbali-Wahhabi tradition.

The ulama’s role, as Max Weber once described, was “‘technicians of the routine cults’ responsible for dispensing salvation goods… [including] cultural, missionary, legal, and theological duties.”[3] The ulama saw themselves as the “patrimony and heritage, spiritual and profane, of classical Islam… But to impose their vision of the world and disseminate it, [they] needed order.”[4] They established this stable order in their “symbiotic relationship” with the House of Saud.[5]

The royal family exchanged ideological support from the ulama while allowing them to create a monopoly in the state on worship, religious teaching, and even portions of the legal system.  The ulama, like the royal family, needed order and control to abide. They found the means of achieving stability and longevity, as the guardians of the faith, by focusing on the “3 O’s,” including “orthodoxy, orthopraxy, and the political order.”[6] The last, maintaining political order, is what facilitates their ability to maintain and propagate their ideology on the peninsula and beyond through their established dawa infrastructure.

In the symbiotic relationship between the royal family and the religious clerics, they have separate, yet overlapping spheres of influence within the state. However, there have been times where the ulama and its leadership have flexed their muscles in the past, even deciding some key political outcomes, sometimes not even using religious texts to justify their actions or decisions, but rather in the name of maintaining political order, and therefore preserving the state which supports their hierarchy, organizations, and infrastructure.

In the wake of King Abd al-Aziz failing to adopt a concrete method of succession within the Kingdom, from 1958-1964, King Saud and Crown Prince Faysal formed two factions vying for power within the state.  While King Saud held the title, the ulama saw Faysal as a better leader due to several reasons including a bloodline to Muhammad ibn Abd al-Wahhab and a resistance to “pan-Arabism” which had crept into King Saud’s faction. In a series of two fatwas, the ulama sided with Crown Prince Faysal in 1964, placing him on the throne.[7]

Interestingly, to justify the religious rulings, they drew on no scripture or religious source, rather, they relied on their ethic of responsibility to preserve sharia law in the kingdom and preserve the Kingdom.  They argued it was in their interest, and that of the state, to make the leadership change to avoid fitna, or “great discord.”[8] They made this decision, arguably crossing over from the religious realm of influence directly into the political. They became the proponent for the political leadership change which would alter the way kings would be chosen in the future, as well as the political structure, moving from a dynasty of “monocephalic and monocratic power transmitted in a lineal-agnatic manner [to] a collegial-familial administration.”[9] This example shows the ulama are more than just pawns to the House of Saud, and actually violated a previously held political principle of their corporation: “absolute obedience to the head of the community and the formal prohibition of any rebellion against him.”[10]

Due to secular belief in the separation of church and state in many Western countries, it may be hard to imagine a religious body making key decisions impacting the political sphere of a state. However, in Saudi Arabia, this has been the way of life that brought stability to a cutthroat, Bedouin culture that previously thrived on anarchy, or the fitna the ulama sought to avoid in later years. This changed in 1744 when Muhammad ibn Abd al-Wahhab and Muhammad ibn Saud formed this symbiotic relationship, which “allowed each of the partners to consolidate their positions and extend their respective spheres of influence. Thanks to the unconditional support of the guardians of the Hanbali-Wahhabi tradition, Saudi sovereigns were able to adopt an imperial approach,”[11] which later led to the establishment of the Looking behind the political veil

Fueled largely by petrodollars, this marriage of religion and political power also made way for the corporation of the Saudi ulama to create and establish the Hanbali-Wahhabi architecture.  This not only existed to internally promote their tradition but also sought to replicate and export it to other areas in the region and across the globe. This infrastructure later impacted American foreign policy in the region, especially in Afghanistan and Pakistan, both in the 1980s and after 9/11 to today. It would also have second and third-order effects which, along with the exporting of the ideology, led some within the Kingdom to radicalize, which impacted and influenced the rise of the global Salafi-Jihadi ideology as an Islamist counter-culture fueling terror organizations and ideologues worldwide.