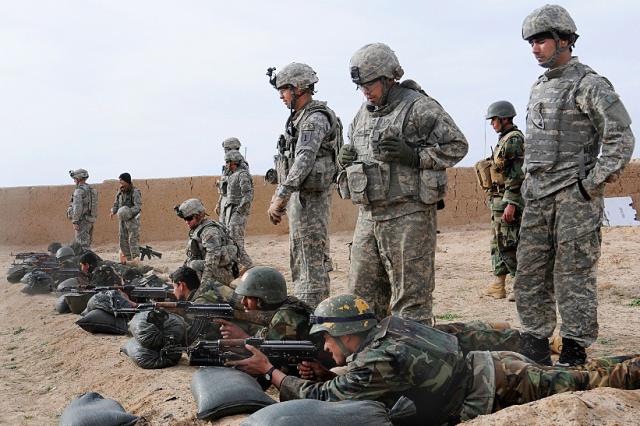 This first appeared in The Havok Journal on December 21, 2018.

On Monday, U.S. officials met with representatives of the Afghan Taliban in the United Arab Emirates to discuss a potential political settlement to the war in Afghanistan. On Wednesday, President Trump announced that the U.S. will immediately withdraw from Syria and only one day later, the Trump Administration announced that it is considering a significant drawdown of American troops in Afghanistan, potentially commencing the conclusion of the 17-year conflict. Soon after the announcement, Secretary of Defense Jim Mattis tendered his resignation, citing the President deserved a Secretary of Defense whose views are “better aligned” with those of the President.

All of these announcements are sure to send shockwaves throughout the national security community, but the focus here remains on Afghanistan and how a premature withdrawal does nothing to advance our strategic interests in the region. The meeting with the Afghan Taliban was arranged by the Pakistani government, who was also in attendance, along with members of the host country, the UAE. However, the Taliban refuses to enter into negotiations with the internationally recognized government in Kabul and will not participate in any intra-Afghanistan peace process until there is a clear timeframe for the withdrawal of all U.S. and NATO forces from Afghanistan, which based on yesterday’s announcement may come a lot sooner than expected.

First, a U.S. military withdrawal would only increase regional instability because Pakistan and India have competing interests in Afghanistan, which can turn ugly in an instant.

Pakistan wants to improve relations with Afghanistan to help maintain its strategic advantage against India, but it continues to be a disruptive neighbor and Islamabad continues to provide intelligence, weapons, and protection to the Taliban and the Haqqani network. The Taliban is also Pakistan’s only ally among Afghanistan’s political actors. Therefore, Islamabad will not alienate the Taliban because they are banking on the Taliban regaining significant power in Afghanistan.

Islamabad does, however, fear a strong Afghan-Indian alliance. In 2011, Afghanistan and India signed a strategic partnership that involved financial support for capacity building, development, and security. While this may seem like a benign agreement, India’s formal role in Afghanistan threatens to place Pakistan between a declared enemy in India and its new ally. India, on the other hand, has enduring concerns about how Pakistan influences Islamic extremism in Afghanistan.

The United States is vested in preventing a war between Pakistan and India, which are both nuclear-armed countries. These states remain engaged in a proxy war in Afghanistan, with New Delhi aiding the Afghan government and Islamabad supporting the Taliban. Maintaining our military presence in Afghanistan, however, mitigates the risk of a potential war between these two nations.

A U.S. withdrawal from Afghanistan would also lead to a resurgence of terrorism in the region. Several extremist groups have a presence in Afghanistan and a U.S. withdrawal would allow these groups to seize power. Consider the effects of the U.S. withdrawal from Iraq and how that enabled the rise of the Islamic State. Once the U.S. withdrew from Iraq, the Iraqi government failed to provide basic services to the population. Anti-government protests erupted around the country and the state’s violent response only sowed further discourse. IS leveraged the lack of governance and the violent disorder to successfully seize power. This is exactly what will happen in Afghanistan.

Following a premature U.S. withdrawal, the Taliban are likely to regain control, an act that would lead to severe human rights violations. With the Afghan Security Forces unable to prevent a Taliban takeover, there is no telling how bad the situation would get for the Afghan population. Under the Taliban, Afghanistan had one of the worst human rights records in the world. The regime systematically repressed the population and denied even the most basic individual rights. All of this is highly likely if the U.S. withdraws prematurely.

Finally, the United States can and should use its position in Afghanistan to counter its major adversaries, such as Russia, China, and Iran.

China continues to cite concerns about radicalized Uyghurs crossing their border as a reason for national security interests in the region. In January, General Waziri, a spokesman for the Afghan Ministry of Defense, stated that an agreement had been reached with Beijing to finance the construction of a military base in Badakhshan. China denied the agreement but officials in Kabul continued to insist that the agreement was real. China has since begun trilateral talks with Pakistan and Afghanistan to encourage the Taliban to negotiate for peace. This is another attempt to directly degrade U.S. influence in the region.

Iran wants to ensure that the U.S. cannot use Afghanistan as a forward operating base from which to put military pressure on Tehran. Iran is a declared enemy of the United States, a state sponsor of terrorism, and until recently, pursued a nuclear weapons program. Having the U.S. military based in Afghanistan is a threat to Iranian national security and Tehran will undermine the U.S.’s position at every opportunity, hoping that the U.S. will soon withdraw from Afghanistan. Additionally, Iran allowed the Taliban to open a political office in the eastern Iranian city of Zahedan. This demonstrates that three of the top U.S. adversaries are actively seeking to undermine the U.S. position in the Middle East by working to secure a peace agreement with the Taliban in Afghanistan.

Obviously, not everyone will agree with these arguments and there are certainly those who would prefer to just end the U.S. presence in Afghanistan. Proponents of a U.S. withdrawal argue that the war is too costly and lodged in a stalemate. Others believe that the terrorist threat continues to evolve and that keeping military forces in Afghanistan does little to protect the homeland. Still, others contend that our occupation of Islamic countries exacerbates the situation and increases the threat. Some even challenge the notion that the Afghans are incapable of providing their own governance and defense.

These previous claims are not completely accurate. While it is true the war is costly, a premature withdrawal will incur future costs that far exceed the current expenditures. Declaring a stalemate is also not a fair assessment because it fails to define victory. While the U.S. has not “defeated” terrorism, Al Qaeda has drastically less influence, the Taliban were removed from power, and there have been considerable victories on human rights issues. Additionally, the U.S. military presence forces terrorist threats to constantly evolve. The persistent pressure from military operations forces terrorist organizations to focus on survival, limiting their ability to execute large attacks against the United States, and although the U.S. did invade Afghanistan in 2001, this war is not an occupation. After the fall of the Taliban and the dismantling of Al Qaeda, the U.S. focused on building the capacity of the Afghan government and their security forces, but continual assessments have determined that both the Afghan government and their security forces are not ready to assume unilateral control of governance and security.

So, it is time to stop pretending that our presence in Afghanistan does not serve our strategic interests. A military presence in Afghanistan helps increase regional stability, prevents the resurgence of terrorism, and enables the U.S. to counter Russian, Chinese, and Iranian influence in the region. This war is a long-term effort that requires both patience and persistence and if not us, then who? A U.S. departure would also trigger the withdrawal of our allies, leaving Afghanistan with little support and enabling another descent into chaos.

Major Agustin M. Gonzalez currently serves as a General Wayne A. Downing Scholar at the Sanford School of Public Policy at Duke University. He is a Master of Public Policy Candidate with a concentration in National Security. Major Gonzalez has over twelve years of military experience and commanded three companies in both airborne and special operations units. These views are his own and do not represent the United States Army or the Department of Defense. Follow him on twitter @amdg11b.